What's New
A FOCUS on Mission
Must Patience Be So Slow?
Harold Jantz: A Heart for the Mennonite Story
Lorlie Barkman: A Life of Creative Engagement
Last Days, First Days
Women in Ministry: Bertha Dyck
January Moment in Prayer “Holy Spirit—Fill Us!”
The Church as the Patient Body of Christ
Advent: Making Much of Jesus: Christmas Day
Advent: Making Much of Jesus: Fourth Advent
Home MB HeraldColumns What is truth? 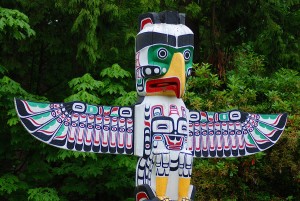 “The eagle feather is a symbol of truth, power and freedom. The dark and light colours represent balance. When one holds the eagle feather, one must speak the truth in a positive way, showing respect at all times.” Photo credit: Big Stock

On June 2, I joined more than 250 people at the University of Winnipeg to watch a livestream of the final Truth and Reconciliation Commission (TRC) event, as the commissioners released their findings on Canada’s Indian residential school system.

I sat in the overflow room with a large group of survivors whose rapt attention to the proceedings told me the recommendations coming out of the seven-year process would bear deeply on their lives – the truth of that day would be something they’d share with others for generations to come.

As I participated in this historic event, I kept coming back to that word: “truth.”

It was a lofty goal – to uncover facts and details about a very dark period in Canadian history – and it’s still unclear whether the TRC fully accomplished that portion of its task. However, Canadians certainly know more now than they did before the TRC began its work in 2008.

The truth is that, during a 130-year period, some 150,000 children were forced to attend residential schools, and at least 3,200 died at those schools from disease (particularly tuberculosis and influenza), fire, neglect or exposure to the elements after running away and trying to get back to their families. Some believe the actual number of deceased students could be as much as double the recorded total.

More than one-third of the records failed to indicate the name of the deceased, and almost 50 percent of the records never identified the cause of death. These are the nameless dead.

Often, students were buried in poorly marked graves or placed in a common grave. Sometimes, parents were not informed their children had died until much later, and were forever left wondering about the fate of their little ones.

That’s a very hard truth to swallow. As a mother preparing to send my five-year-old to kindergarten in the fall, I can’t imagine not knowing where he is, who is taking care of him, or constantly fearing for his health or safety. It’s a parent’s nightmare.

The truth is there were several Mennonite-run residential schools, implicating our own community in the history described by the TRC: Poplar Hill, Stirland Lake and Cristal Lake.

The truth is, as Justice Murray Sinclair describes it, the residential school system was a form of cultural genocide against Canada’s indigenous peoples.

The church wrestles with the truth 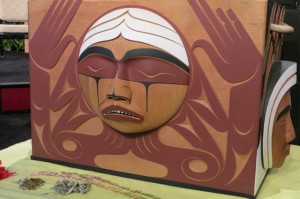 Carved by Coast Salish artist Luke Marston, the TRC Bentwood Box reflects the strength and resilience of residential school survivors and their descendants, and honours those who are no longer living.

So how does this truth uncovered by the TRC impact the Christian community in Canada?

One of the commission’s 94 recommendations, responding to the church’s attitude of superiority and colonialism, is for “denominational schools to provide an education on comparative religious studies, which much include a segment on Aboriginal spiritual beliefs and practices developed in collaboration with Aboriginal Elders.” The goal is to mitigate spiritual violence and ensure residential schools never happen again.

Will our Christian schools, seminaries and training programs be willing to work with Aboriginal communities to learn about their spiritual traditions and ceremonies? Will we engage in real relationships in order to hear and learn about someone else’s culture and beliefs in a way that removes it from the pages of a textbook and gives it breath and life?

Will we feel comfortable enough, for example, to attend an Aboriginal smudging or sacred pipe ceremony?

What about participating in KAIROS Canada’s Blanket Exercise, an interactive experience that invites people into an extraordinary journey through Canadian history from the viewpoint of our country’s Aboriginal communities?

Truth is a person 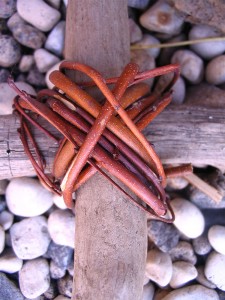 Someone else’s perspective on truth should not cause us fear. Scripture teaches us that the fullness of truth does not reside in an objective set of facts or laws (Romans 10:4), but that truth is actually a person named Jesus Christ (John 1:17, John 14:6, Ephesians 4:21).

Because Jesus is the centre of truth and his Spirit of Truth dwells within us, we are free to enter into conversation and relationship with friends and neighbours who are different from us in perspective and practice.

But this is a tall order. Often, we prefer to wield truth like a deadly sword rather than a gracious invitation. It leaves very little room to hear or learn from others.

Hiebert reminds us that fear and discomfort often arise from our perceptions about culture rather than from spiritual truth: “We have misunderstandings on the cognitive level and ethnocentrism on the affective level. On the evaluative level we tend to judge another culture too quickly, before we learn to understand and appreciate them. Our initial assessment is often that they are somehow inferior and ignorant.”

“We need to study both the culture in which we minister and our own in order to compare and evaluate the two. The process of genuinely seeking to understand another culture breaks down our cultural biases, and enables us to appreciate the good in other cultures.”

Mennonite missionaries Henry and Elna Neufeld, who served with the Pauingassi First Nation, northeast of Winnipeg, in the 1940s and 50s, modelled this.

“They went with the attitude that they had the truth in a four-cornered box and were bringing it to the Ojibwa. They might round off the corners a little, but otherwise they truth would remain intact. As the Neufelds interacted with the Ojibwa, they changed their minds,” says Alvina Block in a 2001 Journal of Mennonite Studies article.

“Now in retrospect, Neufeld explains: ‘We do not have a monopoly on God. He was at Pauingassi before we came. We went in with everything to teach, thinking they had nothing to give. But we changed our minds. We learned from them.’”

If we truly want to be missional, we must follow Paul Hiebert’s lead and the TRC’s call to action to genuinely engage with, learn from and appreciate Aboriginal peoples here in Canada. We must acknowledge our ingrained tendency to view Aboriginal people and practices as – at best – inferior and ignorant or – at worst – a spiritual threat.

As we walk into these new relationships and experiences, we must rest assured that the person of Jesus – who is Truth incarnate – travels with us, longing to reveal himself to every woman and man. Let’s trust him to guide us as we move forward in reconciliation.

Vancouver 2013: “My spirit was laid down, but now it stands strong”

Saskatoon 2012: “Vocabulary of the gospel is healing”

Thankyou Laura for a literary moment to reflect on a very real intersection of faith and life – my prayer is that MBers find strength in Jesus (as Truth) to be able to intentionally step into the discomfort that comes from a neglected relationship, to be agents of reconciliation. I also hope on hope that our new MB publication(s) will provide the avenues for the MB community to dig into challenging dialogues such as this one.

Thank you for this reflection and challenge, Laura.