What's New
A FOCUS on Mission
Must Patience Be So Slow?
Harold Jantz: A Heart for the Mennonite Story
Lorlie Barkman: A Life of Creative Engagement
Last Days, First Days
Women in Ministry: Bertha Dyck
January Moment in Prayer “Holy Spirit—Fill Us!”
The Church as the Patient Body of Christ
Advent: Making Much of Jesus: Christmas Day
Advent: Making Much of Jesus: Fourth Advent
Home MB HeraldColumns Vocabulary of the gospel is healing

“I just want a hug from my sisters.” The pain in the grandmother’s voice is heart-rending, as she gives voice to the hurt and estrangement that has splintered her family. It’s a story all too familiar to thousands of First Nations families across Canada, who are dealing with the fallout of generations of abuse, family disintegration, and cultural extermination at Indian residential schools.

Slowly – often too slowly – the tragedy of the residential school experience is being recognized among the rest of Canadians. The Truth and Reconciliation Commission (TRC) was established by the federal government as part of the process of healing for Canada’s Aboriginal Peoples; since 2009, three appointed commissioners have travelled around the country, gathering stories, listening to elders and their family members speak of the devastating impact of the Indian residential school system.

Saskatoon hosted the fourth national TRC event, June 21–24 (following Winnipeg, 2010; Inuvik and Halifax, 2011). Saskatchewan is home to approximately one-third of Canada’s 80,000 residential school survivors, and the Saskatoon event was expected to be the largest of the seven to be held. For four days, public listening sessions, guest speakers (such as Right Hon. Joe Clark, Holocaust survivor Robbie Waisman), educational venues, and evening concerts and celebrations filled Saskatoon’s exhibition grounds and neighbouring parks. Hundreds of volunteers (including an estimated 100 from Mennonite churches), and many First Nations cultural support volunteers helped the gathering achieve its goals of providing a safe and welcoming place for survivors to share their stories.

What did I witness at this TRC event? At the sharing sessions, the ongoing pain and dysfunction of families torn apart. The grandmother mentioned above was the only one in her family who had the courage to open up about her experience and receive some counselling. Her sisters won’t go there – and they remain emotionally cut off, a family splintered. I heard a young mother, a third-generation residential school student, explain in a torrent of tears that the worst of it for her was discovering that it was her own people who were now accomplices. By the time she attended, the school was in tribal hands, but generations of abuse had shaped the aboriginal leadership to become the abusers; the woman was assaulted by her own people – and her parents wouldn’t believe her reports.

Another grandmother offered special thanks to the men who had the courage to share their stories. Her own husband died several years previous, without having found the courage to share and find healing from his own experiences of sexual abuse – something she only discovered after his death. She herself saw the benefits of speaking out, sharing, and receiving counselling, and wished her husband could have found some of that healing too.

A few personal highlights: we heard story after story of pain – but surprisingly little anger. And I was moved by the number of survivors who offered words of forgiveness.

Then there was the time spent outside. For volunteers like me who worked as greeters and drivers, ferrying guests around the site, there was lots of laughter, expressions of goodwill and neighbourliness, and readiness to engage at a personal level. In other words, much opportunity for healthy and healing contact between First Nations and non-aboriginal Canadians – something that for most of us is not part of our everyday lives.

Sunday morning’s Expressions of Reconciliation session was particularly moving. Five organizations (the Saskatoon Police Service, Presbyterian Church in Canada, Diocese of Saskatoon, Mennonite Central Committee Saskatchewan, and the Government of the Northwest Territories) made brief presentations, and offered a tangible gift to be placed in a “witness box” that travels with the TRC. The final gift, a beautiful pair of children’s moccasins, symbolized the small but hopeful steps forward taken by residential school survivors.

As a Canadian Christian, it is profoundly sobering to realize the damage done in the name of Christ, through the church-state partnership of the Indian residential school system. No doubt those churches were well meaning; and (we can add, only slightly defensively) not every experience was abusive. But it was the churches of Christ who were complicit in this destruction of aboriginal communities.

What I find striking – but not at all surprising – is that the language needed for healing of this deep national wound is the vocabulary of the gospel. This was a secular event in keeping with the diversity of Canadian society, yet we continually heard the vocabulary of “truth,” “reconciliation,” “forgiveness,” “prayer” – words that humbly invoke the good news of Christ.

I was left with this reminder: truth and reconciliation only have their full effect when rooted in Jesus – a person, not an institution or ideology; and rooted in his death – “his blood, shed on the cross” (Colossians 1:20) – a death which is most authentically shared in humility and weakness. 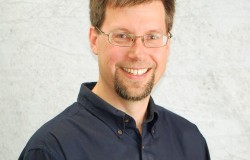 —Randy Klassen is a member of West Portal Church, Saskatoon. For the past four years, he has led a team of Bethany College students on week-long service learning trips to the Beardy’s and Okemasis First Nation, Saskatchewan.

Give the mercy seat a try