What's New
Through the conflict, life carries on in Ukraine
A FOCUS on Mission
Must Patience Be So Slow?
Harold Jantz: A Heart for the Mennonite Story
Lorlie Barkman: A Life of Creative Engagement
Last Days, First Days
Women in Ministry: Bertha Dyck
January Moment in Prayer “Holy Spirit—Fill Us!”
The Church as the Patient Body of Christ
Advent: Making Much of Jesus: Christmas Day
Home Arts & Culture A walk on the wild side 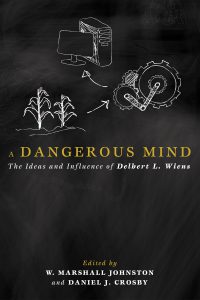 A Dangerous Mind is not in fact a book sequel to the George Clooney spy movie from 2002. It is actually a festschrift celebrating the life’s work of Pacific Seminary professor Delbert Wiens, on the 50th anniversary of the publication of his influential and controversial piece “New Wineskins for Old Wine.” Don’t worry if you don’t know what a festschrift is. I only figured it out after having read the book

That’s a simple question, so let me give you a complicated answer in the way of academic bookworm types. This volume is a compilation of essays by 15 different authors (whom I won’t take the time to list here) in response to Delbert’s life and work.

The simple response would have been to just tell you that it is edited by W. Marshall Johnston and Daniel J. Crosby, but given the directness of the question I felt that that answer may be disingenuous.

Being a compilation of essays dedicated to a common theme and author is what makes it a festschrift.

I read this book because an MB Herald editor asked me to.

In all seriousness, I was excited to wade into some of the thoughts of an influential MB thinker. As a person who grew up Baptist and only first stepped foot in an MB church on the day I had an interview to become the pastor, there is a lot of MB thought and history that is taken for granted by those who are more naturally “Mennonite”. Now, as a member of BFL, I think it’s pretty important for me to continue to deepen my understanding of where we have come from. Reading this book led me to reading many of Delbert’s original writings and I found a great deal of thought that I resonated with. Much of what he wrote about 50 years ago is just as raw and relevant today.

How is it in harmony with – or not – the MB Confession of Faith?

That’s a funny question given the nature of the book. Delbert was a professor at Fresno Pacific University and in many ways a trailblazer in MB thought. How in harmony with the MB Confession of Faith he was depends on who you talk to. The collection of essays that make up A Dangerous Mind range in perspectives from those who view his work as insightful and prophetic, to those who dislike his perspectives seeing them as either too liberal or not Marxist enough. Across the political and theological spectrums, Delbert’s work certainly invites deep engagement with our Confession of Faith. 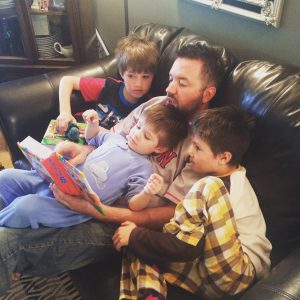 Much of Delbert’s thoughts arose in response to the crisis the MB church felt 50 years ago as people attempted to deal with the transition from rural and community-based church practices to very different settings and cultures in larger cities. This transition can bring a felt loss of identity and shared practice that can cause panic and leave people feeling adrift. Delbert recognized this transition taking place and suggested healthy paths forward. This book is essentially responses from those who have been affected by his work.

My interest was piqued to read many of his original works; I found that the MB denomination is mired in the same struggles we were faced with half a century ago. “New Wineskins” could just have easily have been written this afternoon as it was 50 years ago.

The first step to dealing with any struggle is usually identifying the problem well and accepting it. It seems we still have work to do as a family in this regard.

There aren’t any real glaring weaknesses in this book. If there was a particular essay that I felt was off-base or tedious, I at least had the hope that it would soon be finished a there was hope that the next one would be more interesting.

If you are considering reading this work, you should certainly take the time to read the original document in response to which it is written: New Wineskins for Old Wine. It is insightful and just as important to interact with as the day it was written.

Why should everyone read it?

Popular Christian culture is inundated by theological influences that are primarily sourced outside of our MB denomination. This isn’t necessarily bad, but we would do well to read and interact deeply with those from within our MB family as well. Delbert Wiens is extremely thoughtful as he brings his understanding of classical literature and MB distinctives into conversation. This book shows how deep and broad his influence has been within our denomination.

—Ben Kramer is a preacher, writer, stay-home dad, and reader of important books to his three sons. He’s working at being a modern day Goethe. Ben is a member at Parliament Community Church, Regina.

It is about time that someone stands up and defends the traditional MB faith tradition and orthodoxy.

The language of liberalism must also be challenged like, “Hyper-Conservatism” and (“Inculcate”), which are nothing more than euphemisms to push their secular humanist agenda which is inherently incompatible with the stumbling block and the common sense of the gospels.

Has the intelligentsia of Christianity run out new things to say to buttress their academic accolades? There is nothing wrong with the old wine. The gospels are old–yes. But new in Spirit for those who faithfully drink from them.