My journey from marketplace to ministry

In August 2006, a few months after my 50th birthday, my wife Janice and I went to Ross Haven Bible Camp in Gunn, Alta., to pray.

After 30 years in the marketplace as an entrepreneur, marketer, and consultant, it was time to move on. Throughout those 30 years, I’d been active in church leadership, teaching adult Sunday school, leading small groups, and occasionally preaching. I knew the Lord was calling me to preach his Word, but where and when?

In our small cabin, the Lord gave me three words: “Redeem the days!” I had to leave the business I’d helped build, enter seminary, and seek God for a church in which to minister – immediately!

My first surprise came during a meeting with a denominational leader: yes, even at my age, with no pastoral experience, a church might be interested in calling me to ministry. I was excited and poured myself into studies.

The next surprise was an “ordained” coffee meeting with an old friend and business associate, Gord Fleming, who had also recently left the marketplace to lead church planting for the B.C. MB conference. 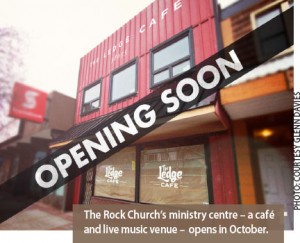 The meeting that changed everything

At first, I didn’t think church planting was for me. But over the next four months, Janice and I perused several church planting websites and podcasts. Before long, we knew the Lord was leading us in this direction. By August 2007, we sensed he was calling us to a specific place – Squamish, B.C.

We signed up for the church planter’s assessment, and completed an internship with Vintage 242 Church in Abbotsford, B.C. During that time, we took numerous trips to Squamish to prayer walk. One of the first things I noticed was that most people just drive through the town on their way to Whistler. What those people don’t see is a diverse community in the process of being transformed.

Janice and I were tremendously excited, as we felt called to reach young men and women. However, this reality also presented us with a challenge. How would a couple our age reach younger people? How would we evangelize and disciple them?

Through prayer and visits to the community, the Lord gave us two visions. The first came on the last night of our assessment, after we were asked to document anything the Lord was saying to us about our call. I don’t often receive visions from the Lord, and wasn’t sure what to do. So I prayed.

The next day, I wrote a detailed outline for the purchase and development of a missional outpost in Squamish’s downtown core. The building would be a place of community and blessing, serving as a non-traditional place for the church to gather.

The second vision came after talking with our son Matthew, who was in full-time ministry with YWAM. As he led young people in discipleship training and outreach, he observed that YWAM faced an ongoing problem: helping participants apply what they had learned in cross-cultural, “ends-of-the-earth” mission to their North American churches, neighbourhoods, and cities.

At that point, the Lord birthed a vision on our hearts to call young men and women to Squamish, training them in evangelism and disciple-making as part of the mission of the church (a program we call Base Camp). When we moved to Squamish in February 2009, Matthew joined us to become leader of our discipleship outreach. Within a few months, a small core group emerged. That September, we launched The Rock Church and held our first gathering in the local community theatre.

By November 2010, with the help of Church Planting BC, Westside Church in Vancouver, and our growing core group, we had raised funds for a down payment on a building in downtown Squamish. Today, after two years of praying, fundraising, and renovating, The Rock’s ministry centre and The Ledge Café (with second-floor church offices and meeting rooms) is projected to open Oct. 1. It will function as a regular commercial eatery and live music venue where church members (and later Base Camp students) volunteer “with excellence,” while pursuing the goal of being a missional outpost. Here, followers of Jesus will be active partners in God’s work of redeeming and restoring the community, making Jesus known as they serve neighbours and strangers alike.

We plan to launch Base Camp – Discipleship and Theology Training School, led by our son and co-pastor Matthew, in January 2013. A team of instructors comprised of church planters, pastors, and local seminary and university faculty will teach on subjects such as systematic theology, apologetics, gospel foundations, evangelism, and understanding culture to shape students into disciple-making missionaries at home.

Each week over a six-month study period, students will spend 20 hours in class and 20 hours serving in the café and The Rock Church, where they have a practical outlet to reach young people with the gospel. This will be followed by three months of outreach in Squamish and an optional three more months serving with an existing church plant in Canada or the U.S. through the C2C Network, Soma Communities, Acts 29, or Redeemer network.

We want to form men and women who live out the gospel in the everyday rhythms of their lives, whose identity as children of the Father and servants of the King commits them to a people and place for as long as it takes to share Jesus with them and become growing disciples themselves. 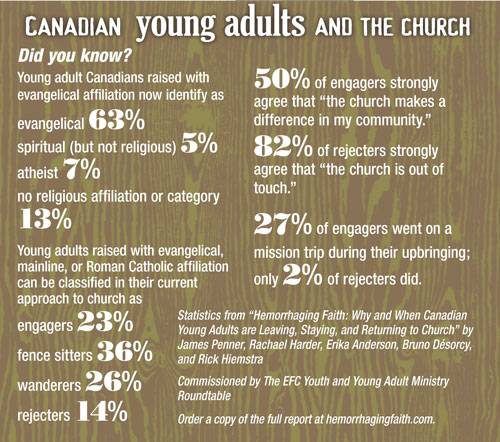 Investing for the kingdom

I love these young people. Their passion, questions, and openness to the gospel invigorate me. As God directed me to redeem my days by calling young men and women to be disciple-making missionaries, even as they begin their careers and family lives, I exhort mature Christians about to be empty nesters to invest their time and talents in building the kingdom.

In the business world, the idea was that if something needed to be done today, it was up to me to make it happen. In the body of Christ, I’m learning that Jesus is building his church and it’s not up to me to ensure success. Yet, I’ve never done anything as meaningful – both temporally and eternally – than this work as co-labourer on mission with Christ. I have been ruined for anything else.