What's New
Through the conflict, life carries on in Ukraine
A FOCUS on Mission
Must Patience Be So Slow?
Harold Jantz: A Heart for the Mennonite Story
Lorlie Barkman: A Life of Creative Engagement
Last Days, First Days
Women in Ministry: Bertha Dyck
January Moment in Prayer “Holy Spirit—Fill Us!”
The Church as the Patient Body of Christ
Advent: Making Much of Jesus: Christmas Day
Home News A Mennonite light in isolated Albania 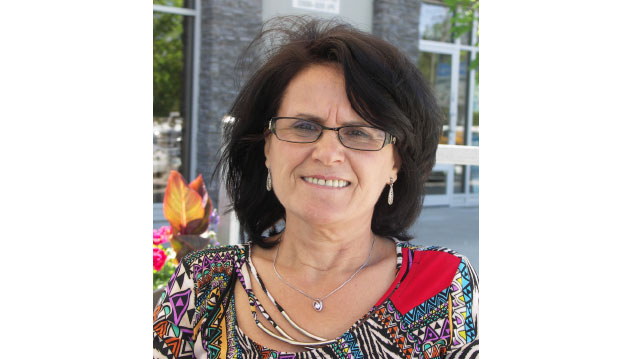 Klementina Shahini admits she didn’t know what she was getting into when she raised her hand at an evangelistic meeting.

“My husband raised his,” she says, “and like a good Muslim wife, I did the same.”

Today, Klementina has become an educational entrepreneur, founder and principal of the Lezha Academic Center in Lezha, Albania.

Albania used to be the most isolated country in the world, known as a hard-core Soviet satellite. “For 50 years everything was controlled,” says Klementina. “People could be jailed just for saying a wrong word; some were killed for nothing.”

Her own family was persecuted. “My sister was put in jail for 10 years, and I spent many years in labour camps.”

When the Soviet Union collapsed in the early 1990s, communist control in Albania eased and doors opened to Christian visitors.

One group included Mennonites from Virginia. Though Klementina and Dini were Muslims, they attended one of the group’s events. “We became Christians,” says Klementina.

More Mennonites showed up, and Klementina, who had studied English, helped them hand out Bibles. When a local group was created, Dini and Klementina were asked, “Can you keep this group together?”

Before long she and Dini became the first baptized Mennonites in Albania. A Mennonite church formed.

“Our lives changed completely,” says Klementina. “We were getting blessing after blessing, every day.”

Another abrupt change followed during the civil uprising in 1997. The Shahini family – Christians from the north now planting a church in the south – found themselves in danger.

They fled to Greece, then moved to the U.S., where the Shahinis connected with local Mennonites. Klementina got a job in a private Christian school and obtained a master’s degree in educational leadership. Her thesis, on how to start a Christian school, would serve her well.

A mentor urged her to go back home and start a Christian school. Her husband and children supported the idea. “Virginia Mennonite Mission and a group of people who loved mission and education said they would stand behind me,” she says.

In 2011, Klementina gave up her English department chair position at Portsmouth Public School and Dini left his job at the Christian Broadcasting Network.

“We moved back to Albania, and I became principal of a school that was not yet established,” she says. “They were crazy days. We had nothing, just the vision and the people who supported us.”

But resources started to appear: books from a Christian school in Florida, furniture from a Mennonite school in Germany. Don Steiner, a professor at Eastern Mennonite University and chair of the Lezha board, had more good news: “I think we have found some teachers, just graduated.”

“The pieces fell together,” says Klementina. “By the end of June 2011, we had four teachers, books and furniture. But people were coming from the U.S. for the inauguration and we did not have a licence.”

Two days before the opening ceremony, the government education department called to say the licence had been granted. The school opened in September 2011 with five students.

“By the first day of regular school, we had 31 students.”

None of the students were Christians, but they sensed an opportunity for a better education. Klementina says schools are overcrowded and poorly resourced in Albania.

The first year was stressful. “Every morning I had fear – what if a teacher gets sick?” she recalls.

They started with Bible clubs, which most of the students attended despite being Muslims.

The school now has 85 students in Grades 7–12. Besides the perpetual need for finances, a big need is teachers. Last year, 15 students were turned away because of a teacher shortage.

Winnipeg businessman and Lithuania Christian College founder Art DeFehr heard about Lezha school and came to visit. That encounter sparked connections not only with the college but also with Canadian Mennonite University (CMU) in Winnipeg.

Lezha’s Mennonite church, the only Mennonite congregation in the country, now numbers about 50 people. It meets in a converted bar.

Both the school and the church have their work cut out for them. The continuing struggle with Islam and Communism is not to be taken lightly.

Klementina says the Mennonite emphasis on peace and justice is sorely needed in her country. “People came out of Communism with so much anger,” she says. “We don’t have churches and counselling services to deal with this. We have no tradition of that kind of resource.”

She is determined to make a difference.

“We are there to change the culture and to change people’s lives. We want the school to be a light to the city, and then to all of Albania.”

—Wally Kroeker is a Winnipeg writer and member of River East MB Church. This piece first appeared in The Mennonite.

The future of discipleship