What's New
Through the conflict, life carries on in Ukraine
A FOCUS on Mission
Must Patience Be So Slow?
Harold Jantz: A Heart for the Mennonite Story
Lorlie Barkman: A Life of Creative Engagement
Last Days, First Days
Women in Ministry: Bertha Dyck
January Moment in Prayer “Holy Spirit—Fill Us!”
The Church as the Patient Body of Christ
Advent: Making Much of Jesus: Christmas Day
Home Life & Faithfeature articles Marissa’s best birthday 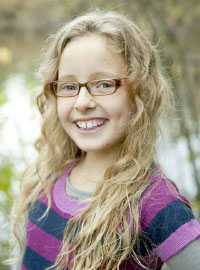 Like most 10-year-old girls, my daughter Marissa spent several months planning her upcoming birthday party. Who would she invite? What games would the guests play? What would her theme be?

As I was tucking her into bed one night, I noticed her eyes scanning her room, taking in the books on her shelf, craft supplies and knick-knacks on her desk and dressers, and dozens of stuffed animals scattered everywhere.

“Mom,” she said, “I really don’t need any more things. Why don’t I ask my friends to bring money to donate instead of a gift, and we can give the money to a good cause?”

I was touched by her suggestion, but wondered if she’d change her mind before the date rolled around. However, in the weeks leading up to the big day, she continued to seek suggestions for a charity. We decided to pray and ask God to direct us to the right cause.

One day, Marissa’s grandfather reminded her that he was preparing to go on a short-term mission trip with Chilliwack’s River of Life Church to Piçarras, Brazil. If she wanted to send her money along with him, he offered, he would look for a project she and her friends could support.

Marissa was so excited about that! Since the money would be sent halfway across the globe, she chose “All Around the World” as her party’s theme.

When the day finally arrived, 10 girls showed up wearing beautiful ethnic garments. Looking around the table, I was overwhelmed by the number of cultures and languages represented: English, Punjabi, Thai, German, Portuguese, Spanish, and Swahili! And although not every girl’s home ascribes to Christian faith, each girl donated generously to the mission trip! Marissa was overwhelmed.

A week later, Opa left for Brazil with an envelope containing the money from Marissa and her friends. It wasn’t long before he found a use for the funds: buying beds for four-year-old twin girls Aissa and Laissa.

Since the day they were born, Aissa and Laissa’s bed was a piece of foam. It had grown damp and dirty; both girls were fighting a fever and one had a cough that wasn’t going away. The gift of a bed from 11 girls in Canada made a difference to these two girls in Brazil!

Instead of marking another year by collecting more toys and focusing on herself, Marissa celebrated her birthday with a lesson about using her gifts to bless others. It certainly blessed her mother!

What an amazing story! Marissa, you are so generous and kind-hearted. I am so glad to hear that the money went to 2 little girls who will surely be healthier because of your generosity. Glad Julianne was a part of it!