What's New
Through the conflict, life carries on in Ukraine
A FOCUS on Mission
Must Patience Be So Slow?
Harold Jantz: A Heart for the Mennonite Story
Lorlie Barkman: A Life of Creative Engagement
Last Days, First Days
Women in Ministry: Bertha Dyck
January Moment in Prayer “Holy Spirit—Fill Us!”
The Church as the Patient Body of Christ
Advent: Making Much of Jesus: Christmas Day
Home News Likely surprised by God and Stillwood

Likely surprised by God and Stillwood 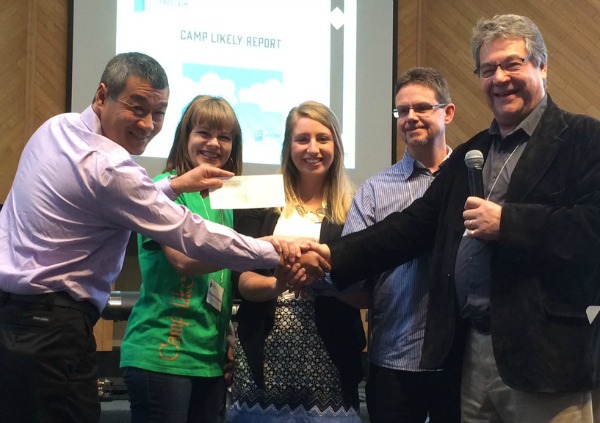 
It was a happy ending to a story of trials and resolution at Camp Likely, the newest BCMB camp near Williams Lake, B.C. Co-director Patrick Hama (left) said, although there were 58 recorded personal commitments last summer, 2013 was a year of gaping holes throughout the season.

The board considered a “different look” to camp and at one point decided, “We needed to take a fallow year,” he said. “Then it became clear we should continue with camp for 2014 but with no enhancements. We only came to a peace at the end of March, and now we are back on track.”

Program staffing and volunteer director Kate Reid (centre) is looking for individual and church partnerships so that Likely can depend on partners in addition to Cariboo Bethel, the only MB church in proximity to the camp. Chilliwack’s Broadway Church has now committed its support, said Reid. She is still looking for adults who can speak, serve and mentor campers in one-on-one relationships and as counsellors.

Nine years ago, Cariboo Bethel was challenged to pick up the gauntlet, said Harry Edwards, executive director of Stillwood Camp & Conference Centre (right), “and you have done that.” He said, “There are people in the kingdom because of that response. God has a plan – beyond anything you or I could think. It is in his plan to reach the kids and youth of this community.”

Then came the surprise. He presented Hama a cheque for $10,000 toward operating costs in 2014.