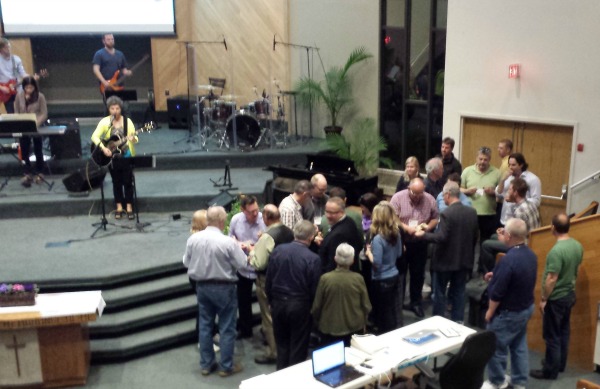 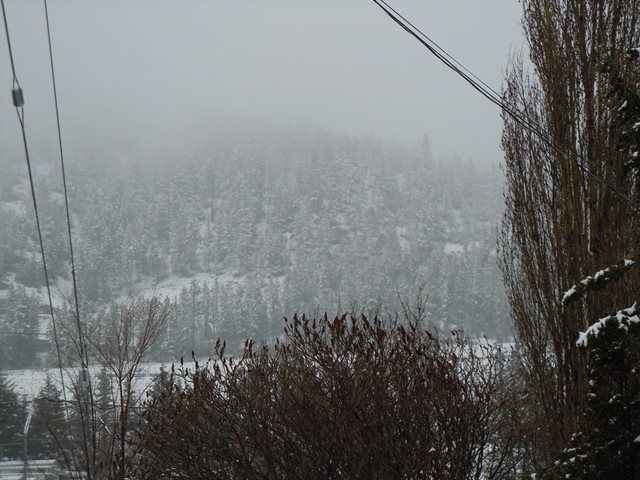 Delegates were surprised by snow in May. 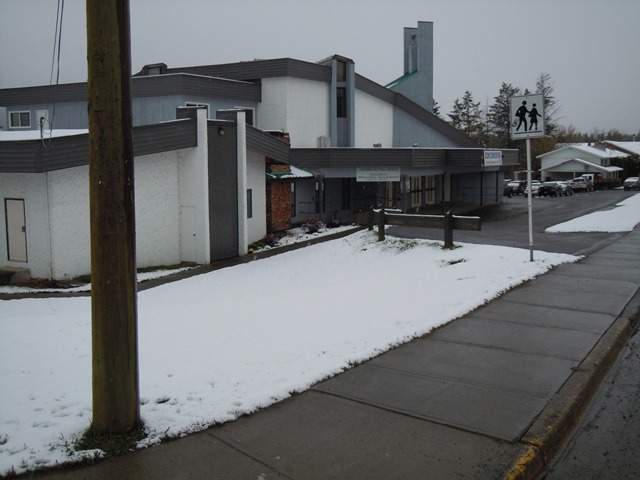 Delegates to the 2014 annual convention of the B.C. Conference of MB Churches at Cariboo Bethel Church, Williams Lake, May 2–3, 2014, were challenged to live out Jesus’ love and to keep Christ as their focus as Mennonite Brethren partner with others in his ministry. For the second consecutive year, regular times of concert-like prayer infused the annual gathering, guiding delegates to gather in small groups to pray on a variety of directed topics.

Cariboo Bethel participants led worship sessions, and there were frequent references to partnering in ministry, the theme of the convention. Of B.C.’s 106 MB churches, 44 were represented; however, some delegates had to absent themselves from the Saturday session to attend the Vancouver memorial service for the late beloved pastor and leader Carlin Weinhauer.

MB Mission prayer intercessor Esther Corbett led the spoken worship and prayer. Delegates clustered together to lift up Jesus’ lordship, give thanks, celebrate ministries and pray for workers for the harvest. One prayer segment included thanks for Carlin Weinhauer’s legacy. Another segment focused on the turmoil in the Ukraine, requesting protection for acting Ukrainian president Oleksandr Turchynov (a Baptist pastor) and fulfillment of God’s purposes in the midst of that crisis. 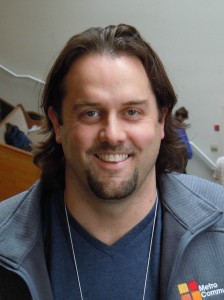 Keynote speaker Laurence East, lead pastor of Kelowna’s downtown Metro Community Church, challenged delegates to demonstrate the love of Christ as Luke outlines it in 6:27–36. East shared stories on Metro’s ministry to the people who are disadvantaged and marginalized in the neighbourhood. As a church, “we need to go further.”

Metro Community “is a street church. We are under constant scrutiny,” said East. “Who is exhorting you daily to keep your heart soft? Jesus is talking about being a community, living it out together. If [you aren’t sharing life with others], you are not obeying the Sermon on the Mount.” He said, “I have learned grace from our community.” 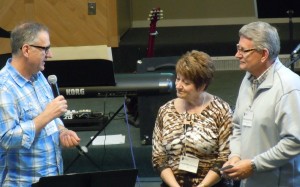 Camps BC director Merv Boschman has joined Canadian conference (CCMBC) staff to support all MB camps across Canada. B.C. conference minister Rob Thiessen paid tribute and prayed for Merv and his wife Carol, asking God to bless the next chapter of their life and ministry across Canada.

“When we love the unlovable and press deeper into the kingdom community, the Lord overwhelms us with unexpected riches – here, today!” He urged, follow Jesus’ commands. Realize we are adopted. “We need to see we were so lost, and so loved, that he had to die for us.” He said then we can practise “radical, profligate generosity.”

Michael Dick, Bakerview, Abbotsford, moderated convention business. A member of the conference board of management, he will complete the provincial moderator term of Ron van Akker of Central Community, Chilliwack, appointed in April as BCMB assistant conference minister.

“We share an expectation that God wants to work through us,” Reimer said. “We must be abundantly clear that this is about Jesus. He is our king. Is Canada being reached?”

“Our heartbeat about planting churches is to see lives transformed into new lives in Christ,” said Douglas.

National C2C director Gord Fleming said, “Church planting is a small portion of what the Lord is doing. We are known as a peace-loving nation. What would the Lord do that we could be an influence globally?

He said C2C is working with 13 denominations, adding that he has never seen MBs in Canada collaborate and partner the way they are doing now.

“Mennonite Brethren is the one denomination that it seems everyone can work with,” said Fleming. “That’s because we put Christ first, not our theological differences.”

The convention ended with two songs, sung acapella, “Great is thy faithfulness” and the Doxology. And there was a standing ovation for Cariboo Bethel’s hospitality.