What's New
A FOCUS on Mission
Must Patience Be So Slow?
Harold Jantz: A Heart for the Mennonite Story
Lorlie Barkman: A Life of Creative Engagement
Last Days, First Days
Women in Ministry: Bertha Dyck
January Moment in Prayer “Holy Spirit—Fill Us!”
The Church as the Patient Body of Christ
Advent: Making Much of Jesus: Christmas Day
Advent: Making Much of Jesus: Fourth Advent
Home Life & Faithfeature articles Learning to soar 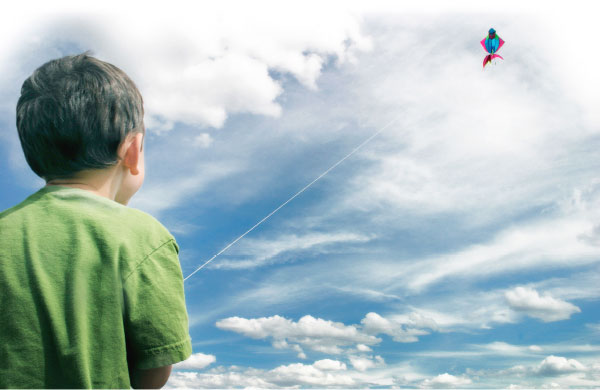 I had just launched my kite when a five-year-old child came alongside me, determined to fly the kite by himself.

I tried to help him, but he really didn’t want assistance, so I let him attempt it alone.

The kite made it a few feet off the ground then fell. The boy tried a few times but wasn’t able to get the kite into the air by himself.

Eventually, I was able to convince him to allow for my help. Together, we got the kite into the air and the little boy grew in confidence as he noticed how we were able to control the kite with our arms. He then pushed me away – and the kite plummeted to the ground.

I helped him over and over again, but as soon as the kite took flight, he pushed me away. Each time, the kite would stay up for a short time, flutter while the boy frantically flailed his arms, then tumble to the ground.

Later, while I was spending time before God in silence and solitude, listening to what he wanted to say to me, I felt compelled to think through that image. God reminded me that I was just like that little boy.

God has invited us into his mission for the world, but we aren’t going to get very far if we don’t allow him to help us. In my memory of the boy with the kite, I saw a picture of the intimacy of God helping us. God is not a dictator who looks down on us; he is a loving father who wraps his arms around us and allows us to lean on him for support.

God doesn’t need our help to complete his mission for the world – just like I didn’t need that child’s help to fly my kite – but he invites us into his work even though he knows we will make many mistakes.

He gives strength to the weary

and increases the power of the weak.

Even youths grow tired and weary,

and young men stumble and fall;

but those who hope in the LORD

will renew their strength.

they will run and not grow weary,

they will walk and not be faint. 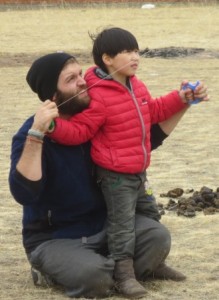 —Steve Atkinson attends Bakerview MB Church, Abbotsford, B.C., and has just graduated with a BA in intercultural studies from Columbia Bible College. He spent his internship year on MB Mission’s TREK program in Central Asia, where he had the experience written about here. A version of this article first appeared in MB Mission’s September 2013 Daily Prayer Calendar.