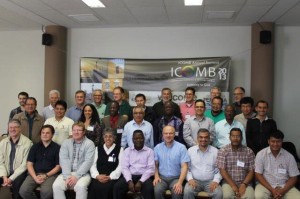 All photos are courtesy of Heinrich Klassen

The ICOMB (International Community of Mennonite Brethren) annual summit took place near Trujillo, Peru, May 21–27 under the theme Listening to God. All 20 global Mennonite Brethren conferences were represented, a first since 2010.

Listening to God began with a review of David Wiebe’s first year as full-time executive director. Five conferences sent new representatives, plus numerous guests required an orientation. Then, all delegates 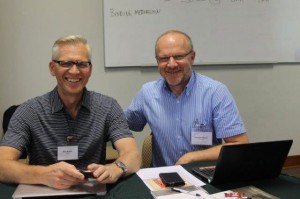 contributed to a study of Ephesians, establishing a community hermeneutic for discerning direction during the rest of the week.

A major topic of discernment was the authority and role of ICOMB. ICOMB is simply a fellowship thus far, but members want “covering” and a place to turn to for guidance and accountability. From Ephesians, we heard that our great diversity of gifts enriches us for such a task. Moreover, we are called to expose darkness: sometimes others among us can see things we can’t see ourselves. A sense of kairos pervaded; ICOMB has reached a moment in time that is loaded with the fullness of God’s Spirit. 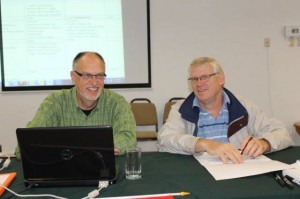 A proposal to establish “global elders” was discussed in this context. To effectively exercise authority and to resource one another in areas of need, we require people with unique gifts and capacity to relate powerfully to specific contexts.

Wiebe will give leadership to developing both areas through the year, with decision slated for 2014.

Ed Boschman provided a draft of proposed changes to Confession of Faith Article 13 to ICOMB members. The discussion was robust and generally affirming of the direction. It’s the first time ICOMB was asked to reflect on changes to any confession of faith article. Boschman urged ICOMB members not to publish or share the draft – only a select set of leaders had seen it thus far in the U.S. MB Conference. 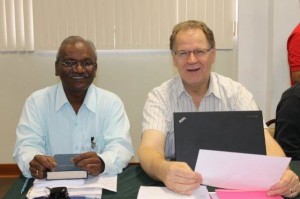 ICOMB distributed $40,000 to international students through the Global Scholarship Fund. Wiebe has been commissioned to raise $1million to double the fund’s capacity. “We are turning away student applications for lack of funds,” he said. “This is difficult, since education builds conference capacity and long-term strength in mission.” 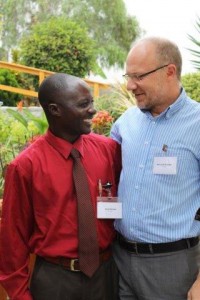 Luanda, Angola, will be the location of Summit 2014, upon invitation of Jose N’Gola Muinga, President of IEIMA (MB conference).

“God spoke to us in Peru,” said Wiebe, “and we tried to listen.”

Thanks for the correction, Jose! Sorry for the mistake.