What's New
A FOCUS on Mission
Must Patience Be So Slow?
Harold Jantz: A Heart for the Mennonite Story
Lorlie Barkman: A Life of Creative Engagement
Last Days, First Days
Women in Ministry: Bertha Dyck
January Moment in Prayer “Holy Spirit—Fill Us!”
The Church as the Patient Body of Christ
Advent: Making Much of Jesus: Christmas Day
Advent: Making Much of Jesus: Fourth Advent
Home News Board appoints interim executive director 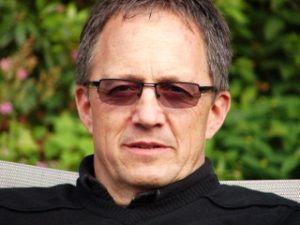 The Executive Board of the Canadian Conference of Mennonite Brethren Churches (CCMBC) announced Jan. 15, 2017, that Steve Berg has been appointed interim executive director effective Feb. 1, 2017.

Steve is currently senior associate pastor at South Abbotsford (B.C.) Church where he will continue to spend 25 percent of his work time. The church has released him to use the other 75 percent to serve the conference. Steve has committed to the new role for up to 18 months, during which time a search process will proceed for the permanent position.

“During this time of transition, the Executive Board is excited to have a strong, effective leader who is passionate about God and our conference,” says moderator Bruce Enns. “We are grateful to Steve and South Abbotsford Church for making this arrangement possible.”

Steve brings a wealth of life experience which includes implementing ministry strategy as a church planter, pastor, executive minister of the B.C. Mennonite Brethren Conference and national director of government affairs with Power to Change.

Steve will be focusing on building trust within the MB family and positioning CCMBC to implement the mission of multiplying Christ-centred churches to see Canada transformed by the good news of Jesus Christ.

“We are thankful for Ron’s willingness to step into a challenging situation and apply his steady hand of leadership when we needed him,” said Enns. “He has served well.”

The executive board will be meeting Jan. 26–28, 2017, and will be providing an update in early February.

Executive Board Transitions to Acting Moderator

When God “shows up”