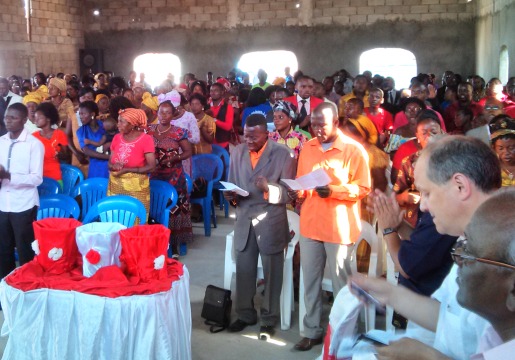 A 30-hour detention didn’t keep international partners from attending the annual summit of the International Community of Mennonite Brethren in Luanda, Angola, May 22–24, 2014. Representatives from Meserete Kristos Church (Mennonite) in Ethiopia held out against pressure to pay a bribe at customs and eventually arrived at the meeting.

Participants from Africa, Asia, Europe and the Americas gave reports from their conferences, shared experiences of fostering engagement with the Confession of Faith, selected recipients for the Global Scholarship Fund and continued to discern the role and authority of ICOMB.

Ecclesial authority is “an important issue that led us to prayer,” says ICOMB chair Rudi Plett of Paraguay. “We need to enter the spiritual battle with a clean heart.” 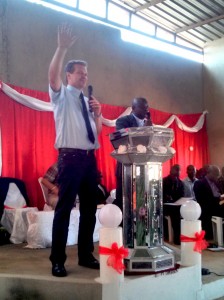 Delegates green-lighted plans to hold a consultation on mission and prayer in the next two or three years. “We want to learn from one another and especially from God,” says Plett. “We are convinced these two aspects have to be linked if we want to have a movement driven by the Holy Spirit.”

The Latin American conferences shared the benefits derived from their regional communication and sharing network. The European conferences plan to create a similar cohort.

The Free Christian Church in Lithuanian was officially accepted as an ICOMB member, “welcomed with prayer, encouraging words and hugs as a loved family member,” says Plett.

Each conference report was followed by prayer. CCMBC executive director Willy Reimer identifies this as a highlight, especially hearing from the Ethiopian brothers. “We were inspired by their attitude following detention,” he says. “They blessed us with their Holy Spirit-filled ministry.”

(Unable to acquire visas, members from neighbouring DR Congo and a few other partners were absent at the meetings.)

A new component to this year’s gathering was a multi-day training session (May 16–17, 19–21) for local church leaders facilitated by global MBs. Teaching pastors to care for their families, Brazilian missionary Silvio de Campos had participants laughing and engaging with the material, says Wiebe who presented a workshop on using the Confession of Faith. 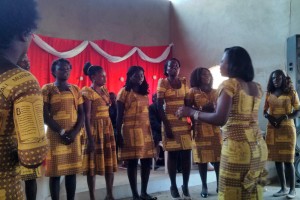 The meetings wrapped up with a celebration service at Igreja Rocha Pinto in Luanda attended by some 500 people, including ICOMB representatives, local congregants, and representatives of the Angola Council of Churches and the department of religious affairs. “It was truly gala,” says Wiebe.

“The many choirs singing in a language I did not understand nevertheless led me to worship God and repent from prejudice I recognized in my heart,” says Plett. “I was blessed in this service.”