What's New
Leading through the trauma of covid: Part two...
Ask God which town
Where to from here?
CCMBC National Director attends 2022 ICOMB Summit
MCC Canada and MCC Manitoba sell shared property...
The world appears to be growing darker
Sharing a new and unified language
6 reasons to attend the MWC Global Assembly...
One too many
Just one more
Home ViewsFrom the community Global nomads: navigating the challenge of transition 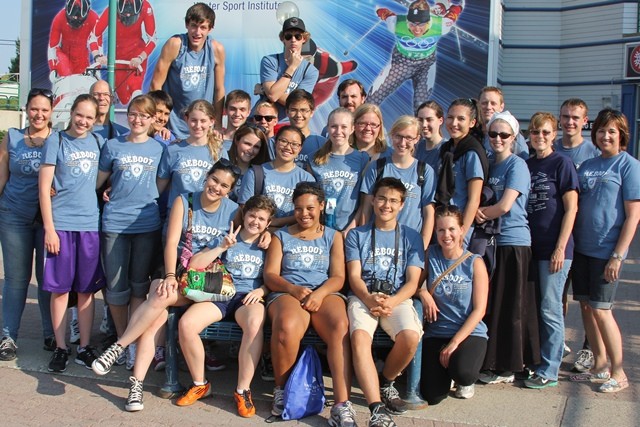 “I was really homesick and had a lot of nervousness when I returned from the mission field to start university. Before, when we visited Canada, I knew we’d be going home to Thailand soon, but now I think, ‘Wow, I’m here for four years!’”

Like many missionary kids (MKs), Grace left her native Canada as a young child. Having spent most of her life overseas with her parents who are long-term workers with MB Mission, the re-adjustment to Canadian culture was difficult. However, last summer Grace attended ReBoot, a new program offered by the Canadian Missionary Kids Network (CMKN) that helps MKs overcome the challenges of repatriation.

Sierra was another participant from MB Mission. Although she is now studying at Tabor College, Hillsboro, Kan., an MB school where almost everyone understands missions, she says the transition is a long process and she wrestles with identity issues.

“I’m not trying to find a new identity, just trying to figure out my identity,” she says. “Serving in Thailand was part of my identity. I had a heart for construction workers and people living in slums. I put a lot of time into community service there, but it feels like there aren’t many outlets to serve like that here.”

According to a study on re-entry programs published in the Journal of Psychology and Theology, Sierra’s experience is fairly common for repatriating MKs. In returning to North America, they have lost their home, a situation that often leaves them plagued by loneliness, anxiety and even depression. 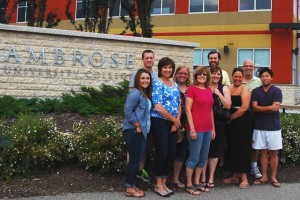 The study also states that MKs serving overseas benefit from “a rich understanding of the local culture and language, and frequently [gain] a broad worldview.” Those who attend re-entry programs like ReBoot experience a “significant reduction in depression, anxiety and stress.”

ReBoot invests in tomorrow’s global leaders by supporting today’s missionary kids. The long-term, global impact resonates through their lives as they integrate into Canadian culture with vigour, enthusiasm and purpose, becoming future missiologists, missionaries, NGO leaders, medical workers, school administrators and more. And their parents are strengthened to continue in the work to which God has called them.

As Sierra walks through the adjustment, she often refers back to her notes from ReBoot. She says what she learned about characteristic MK traits is particularly helpful, especially when she is frustrated or discouraged.

While visiting Canada, Caleb (another MB Mission MK) decided he would return to B.C. for his final year of high school. When he attended ReBoot, he had already been in Canada for a year, but still didn’t feel like he fit in.

“I didn’t think moving home would affect me,” he says. “When I actually made the move for Grade 12, I realized I was leaving everything behind and I wouldn’t be going back any time soon. The biggest challenge was leaving all the people I had developed very close relationships to.”

As Caleb struggled to integrate, he often “counted his losses.” Although he knew he was struggling, Caleb didn’t identify the challenges he faced until he attended ReBoot.

“The presentation on grieving hit me out of nowhere,” he says. “ReBoot opened my eyes to the existence of the challenges moving from one country to another can pose in a child’s life.”

Caleb says being in an environment with others who had experienced similar moves was healing. “Everyone was incredibly different, but similar at the same time, and everyone accepted everyone,” he says. He appreciated hearing their perspectives and could relate with it all.

“I went into ReBoot with a hard heart and a hard mind, but it took less than a day or two before the walls came down,” says Caleb. “I connected with every person there. I would definitely recommend ReBoot to others. It’s hard to adjust all on your own, but the participants and leaders have a lot to offer and they do it with a loving heart.”

For more information about the ReBoot or the Canadian MK Network, go to www.canadianmk.net. 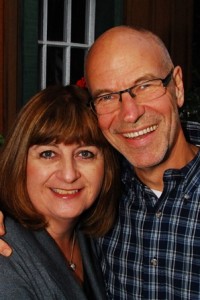 —Paul Dyck, who was raised by MB parents in India, now leads the Canadian Missionary Kid Network. He provides member care resourcing through Outreach Canada and is affiliated with the B.C. chapter of the Canadian Member Care Network. Paul and Carol attend Northview Community Church, Abbotsford, B.C. Paul is a credentialed MB pastor.