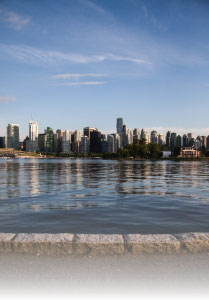 In June, I attended Gathering 2014, the Canadian conference’s biennial convention. This year, the event was held in Vancouver at Westside Church’s The Centre – an amazing meeting space in the downtown core. Here are a few observations.

1. The foyer is fantastic

One of my favourite spots at any CCMBC event is the foyer. It’s the place where networking happens and spontaneous prayer erupts. I noticed people enjoying the venue – inspired by architectural curves and dazzling mirrors – and reacquainting themselves with peers and friends from across the country.

As a denomination, I think we’ve moved past the Mennonite game where we desperately look for genealogical ties with everyone we meet. (“Hey, aren’t you related to my mother’s cousin’s husband’s uncle?”)

But, like all humans, we long to find connecting points with each other. This year, connections came in the form of shared vision and ministry. They came from genuine curiosity about each other. Connections were built around the common joys and frustrations of living in a pluralistic society – and ways churches realized they could help each other. Connections were developed through excitement about new church plants. They were built on the foundation of Jesus’ good news.

This year’s Gathering was all about the city. Executive director Willy Reimer lamented how the church in Canada is primarily suburban, while millions of people live in the big city. He encouraged us to return to the city – on our knees and with open hearts.

Church planter Kris Martens of Reality Vancouver noted how a large number of children with fetal alcohol syndrome are part of his Sunday school program, a reality that can tax volunteers and create ongoing stress. And pastor Dennis Wilkinson of Meta Communities described their recent Sunday school picnic: Dennis’s Buddhist friends tried to convert his oldest daughter to the concept of reincarnation, while Dennis discussed Jesus with some Muslims interlocutors.

By Friday afternoon, I heard several comments from participants who were almost ready to pack their bags and move downtown. Yup, we love the city!

3. More is better than less

This year, the executive board was all about providing information. It turns out there were some pretty complex issues to report, including the restructuring of CCMBC’s financial ministries (see page 11) and a whole new conference mission statement (see page 10).

Several people expressed gratitude that the planning team had carved out time in the schedule for breakout sessions where delegates could ask questions and find answers. There was a sense of trust and honest disclosure.

4. A small but eager crowd

Some people wondered whether June was the best month to hold a national event, since many people couldn’t get time off (or would have preferred to take vacation time in July) to attend. Of the 250 people who attended Gathering 2014, most were church professionals – a marked change from the family focus of past conventions.

However, there was definitely a sense of unity and worship among those who attended – a feeling that Canadian MB leaders were ready to hunker down and find a way forward together. Reg Toews, parliamentarian for the decision making sessions, thanked delegates for the tone of conversation over the four days: “It says a lot about what God is doing in us.”

Willy Reimer’s closing comments described it best: “There are 1,800 seats in this church and only about 250 people here, but we filled this place with worship.”

For more Gathering 2014 stories, photos, videos and blogs, see reports in this issue

Board of faith and life