What's New
How sweet the sound
One MCC Thrift Store Began With a Few...
A Hunger for Conversation
Getting the mental and emotional rest you need...
The Patience of God
2023 Spirit of MDS Fund accepting grant applications
October 2022 update from the CCMBC Executive Board
Arnold Community Church hosts block party to thank...
When Spring returns
An autumn reset
Home Arts & Cultureart Everyone’s an artist at Steinbach MB 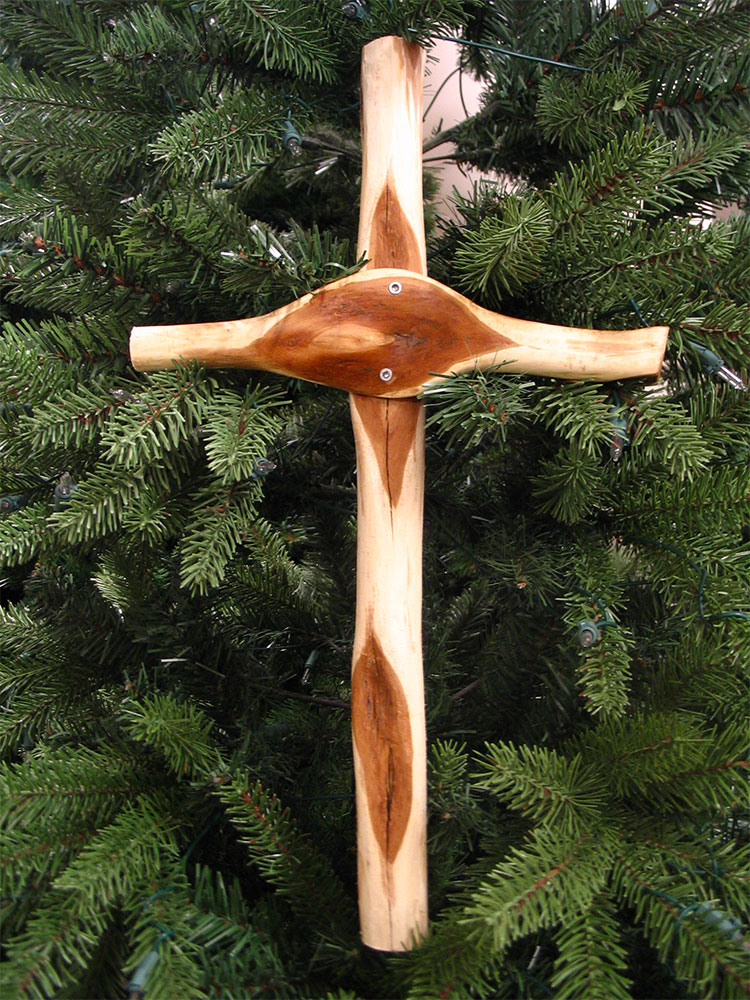 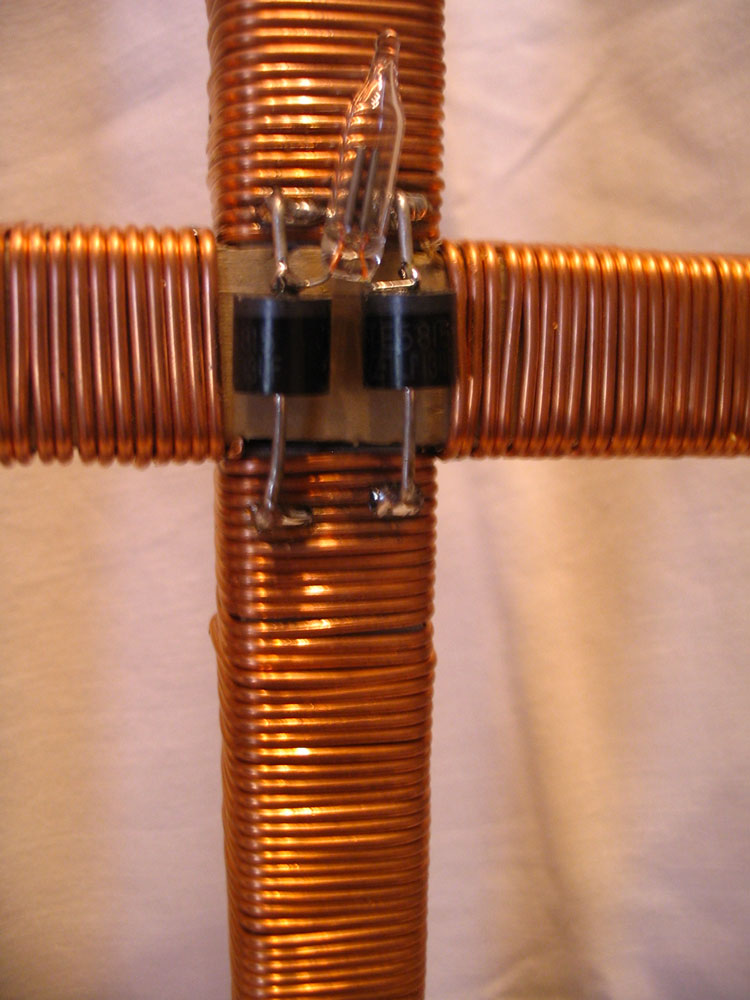 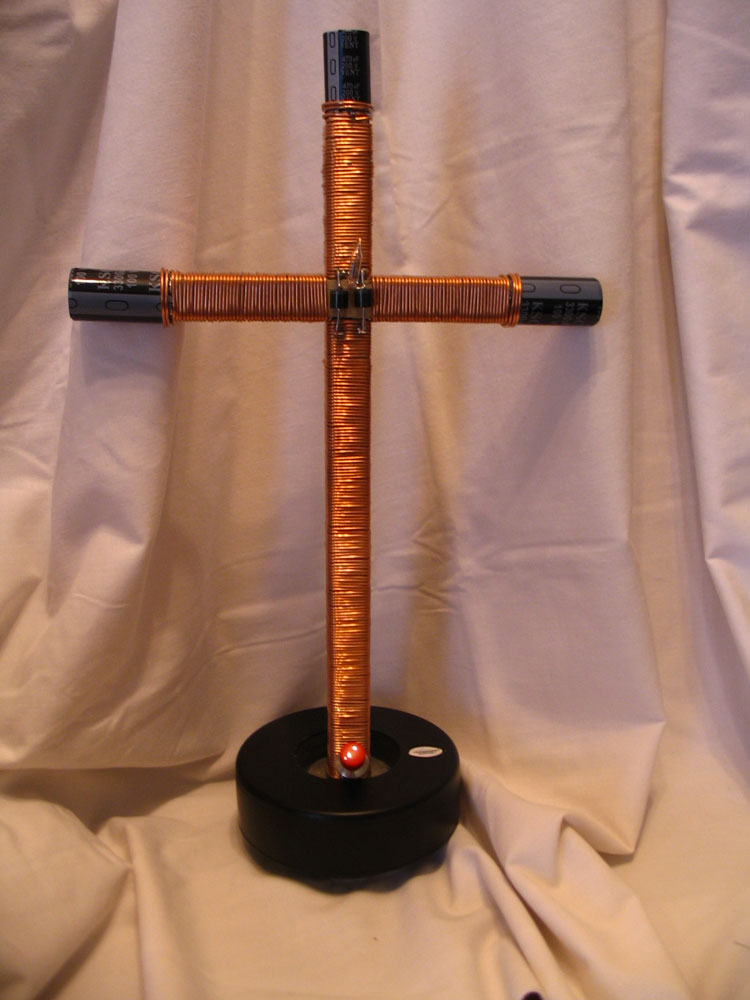 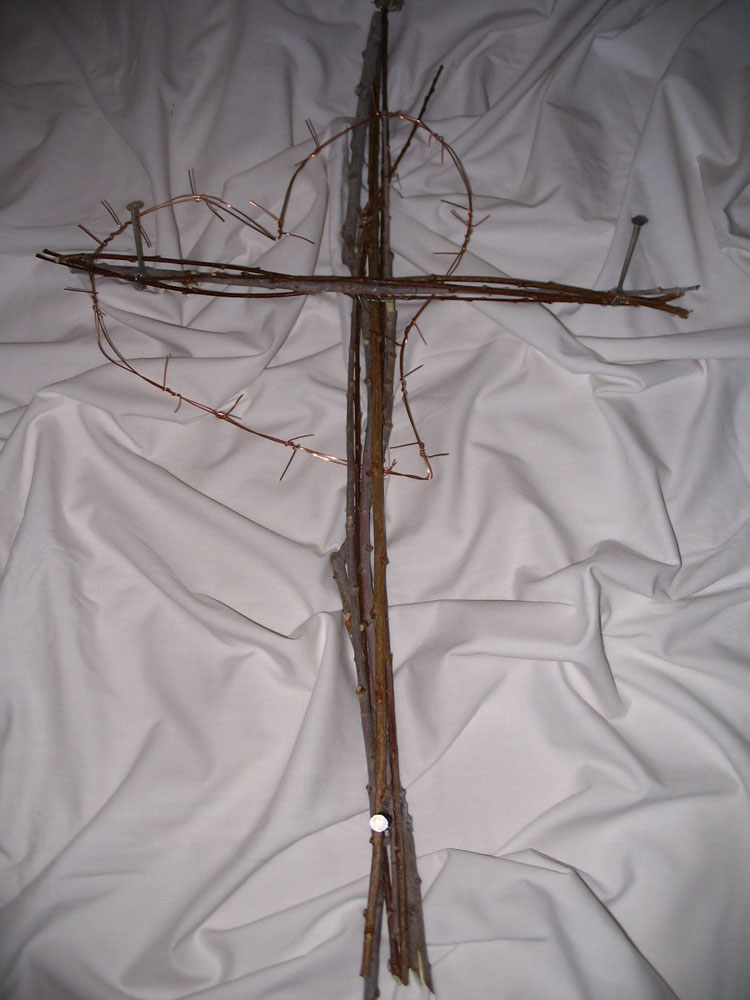 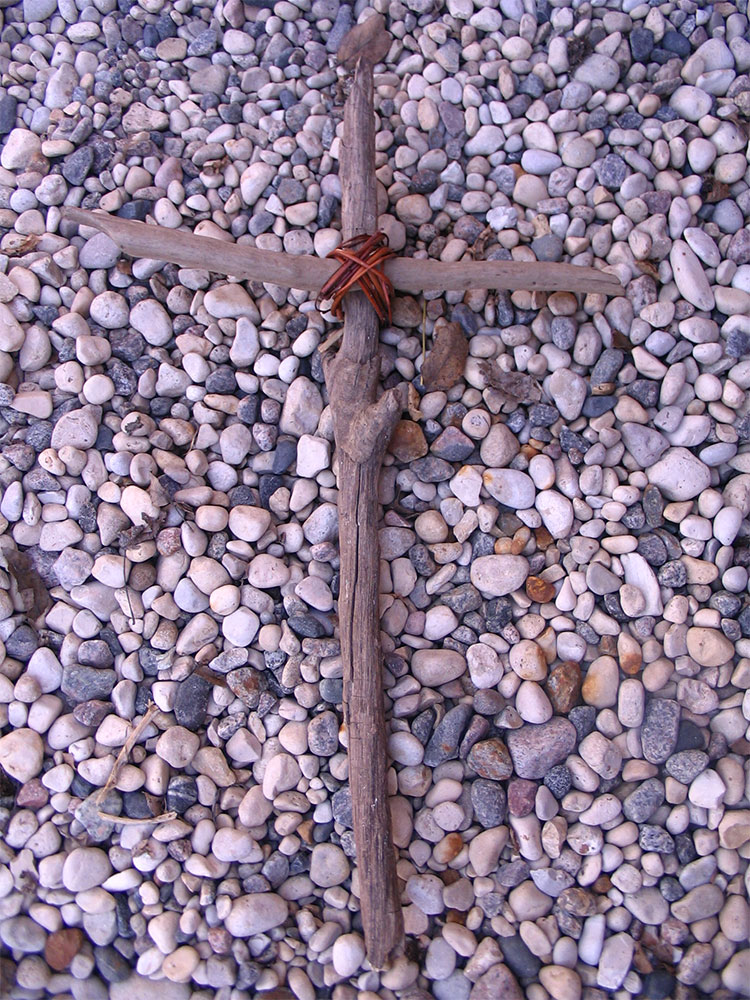 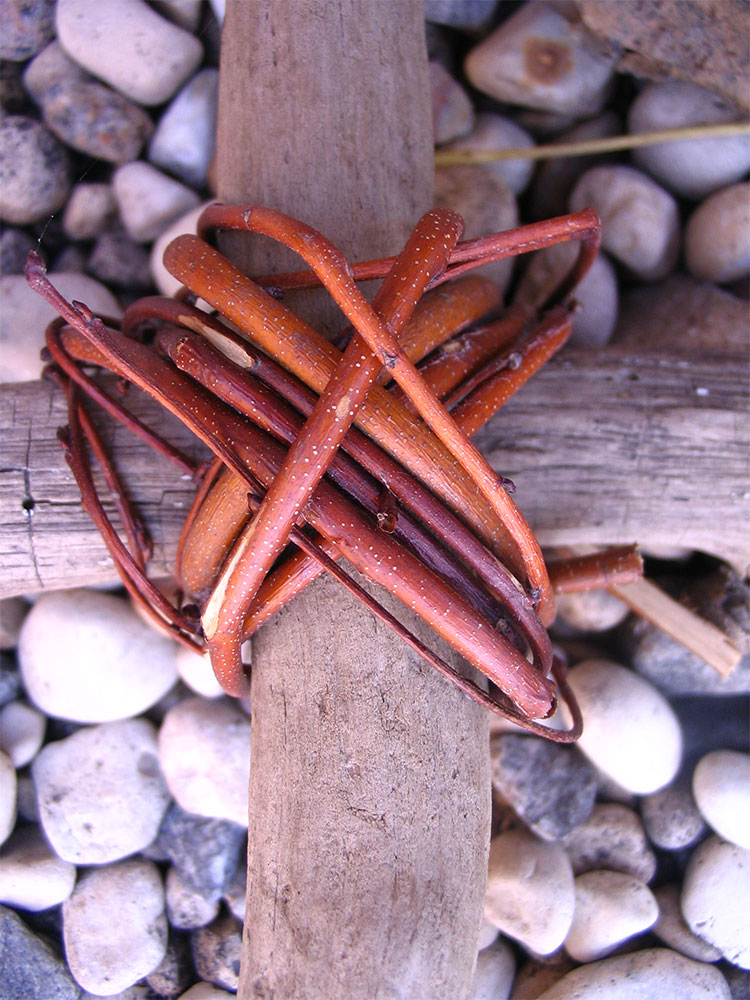 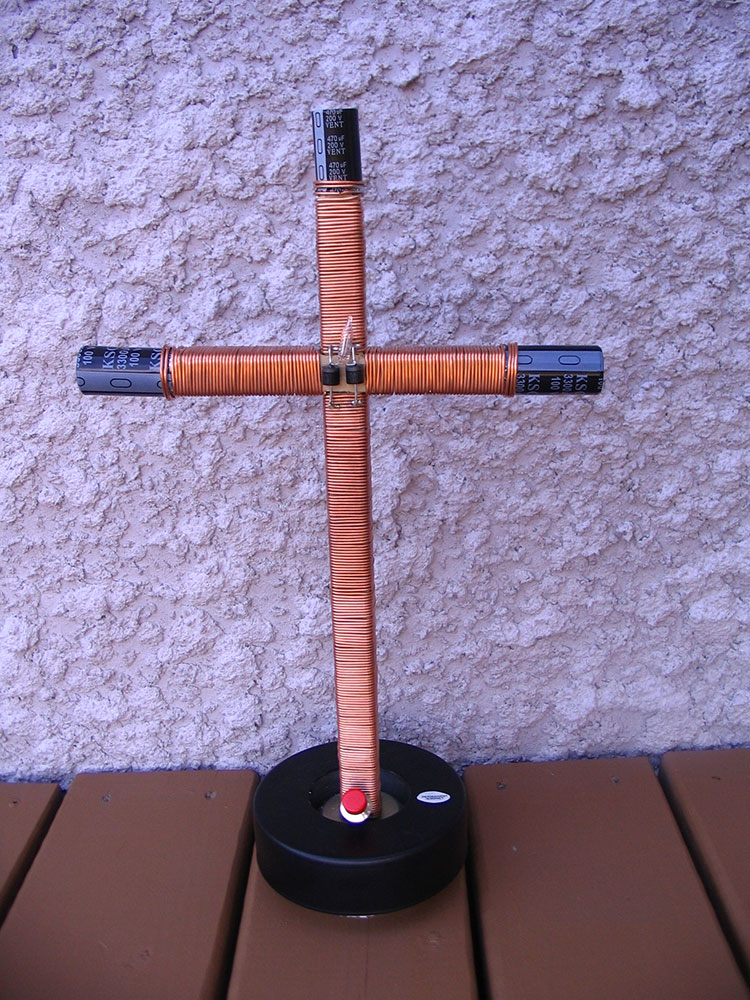 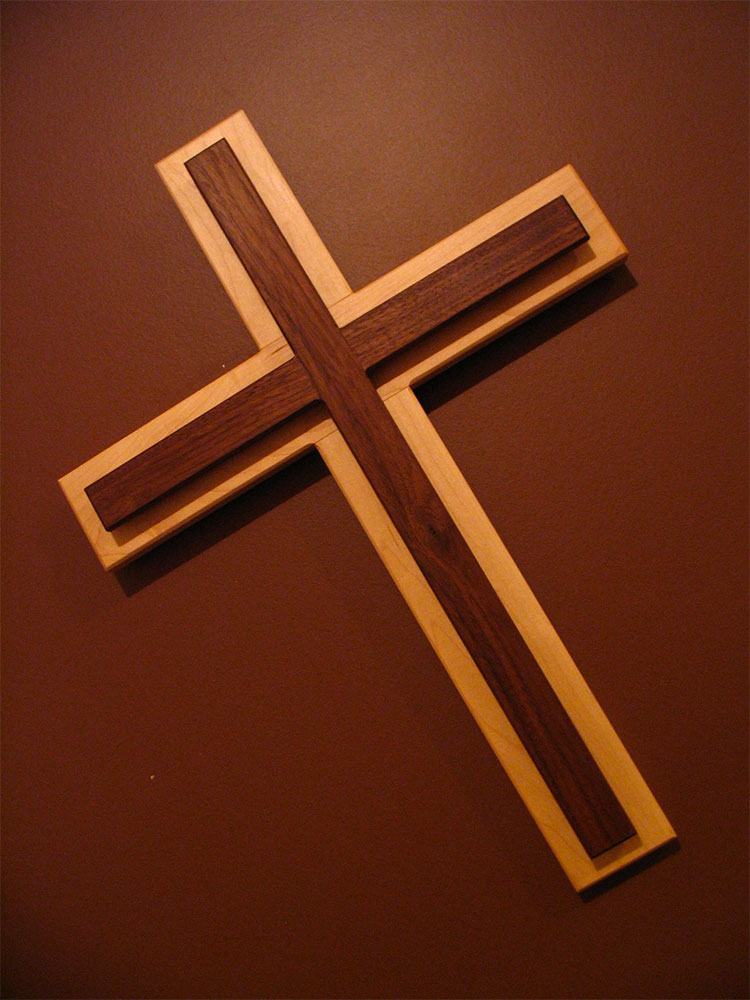 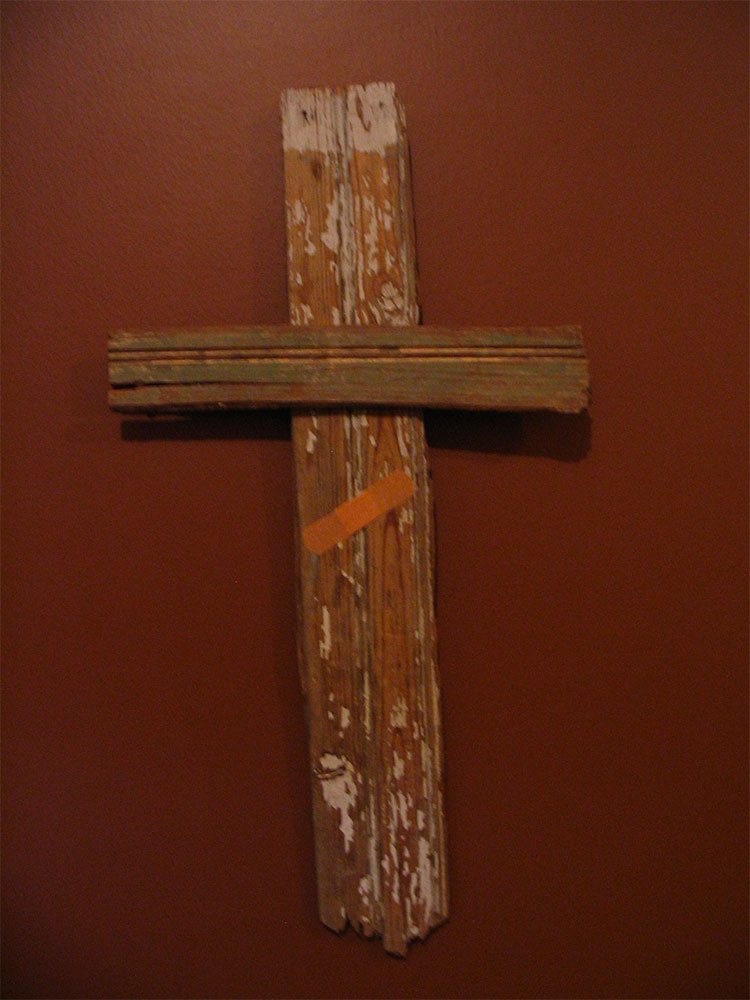 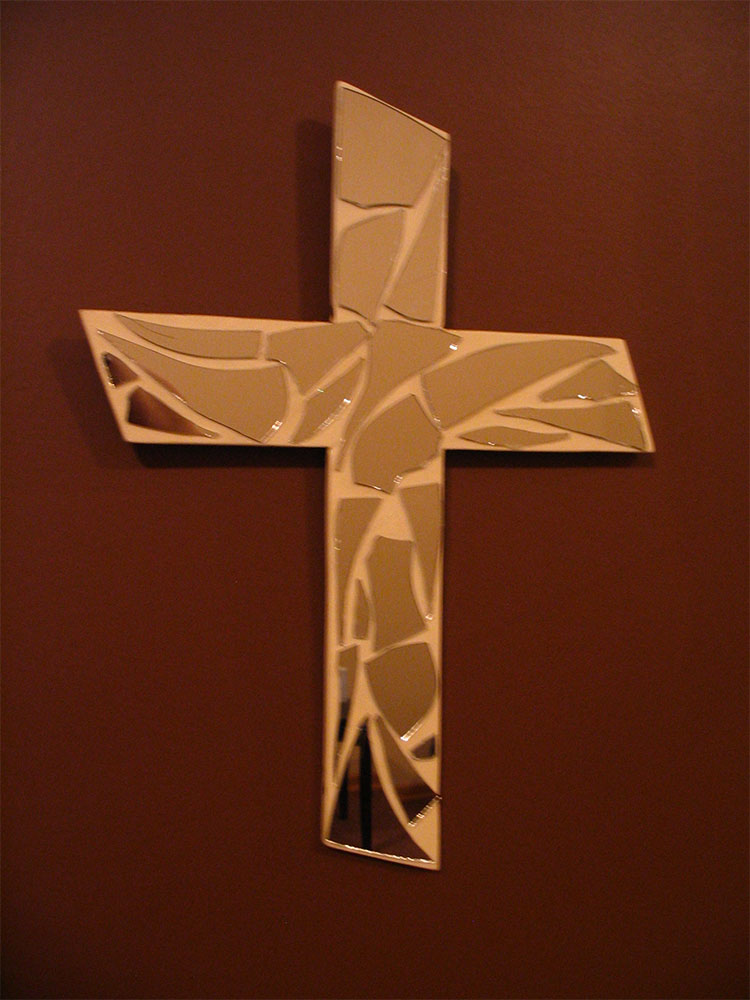 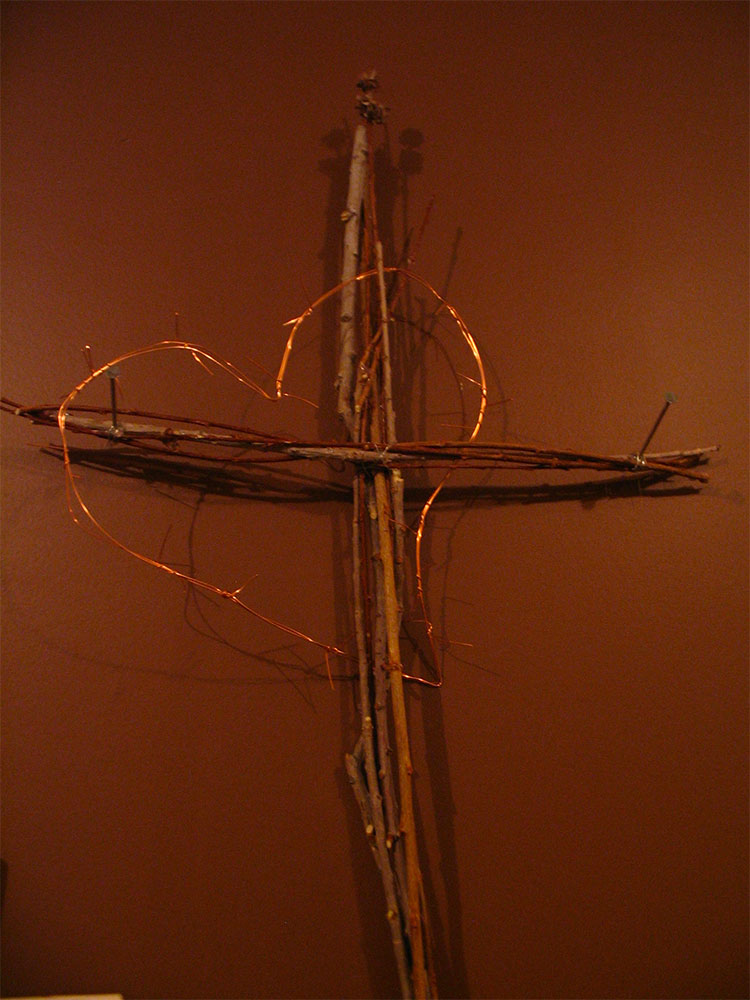 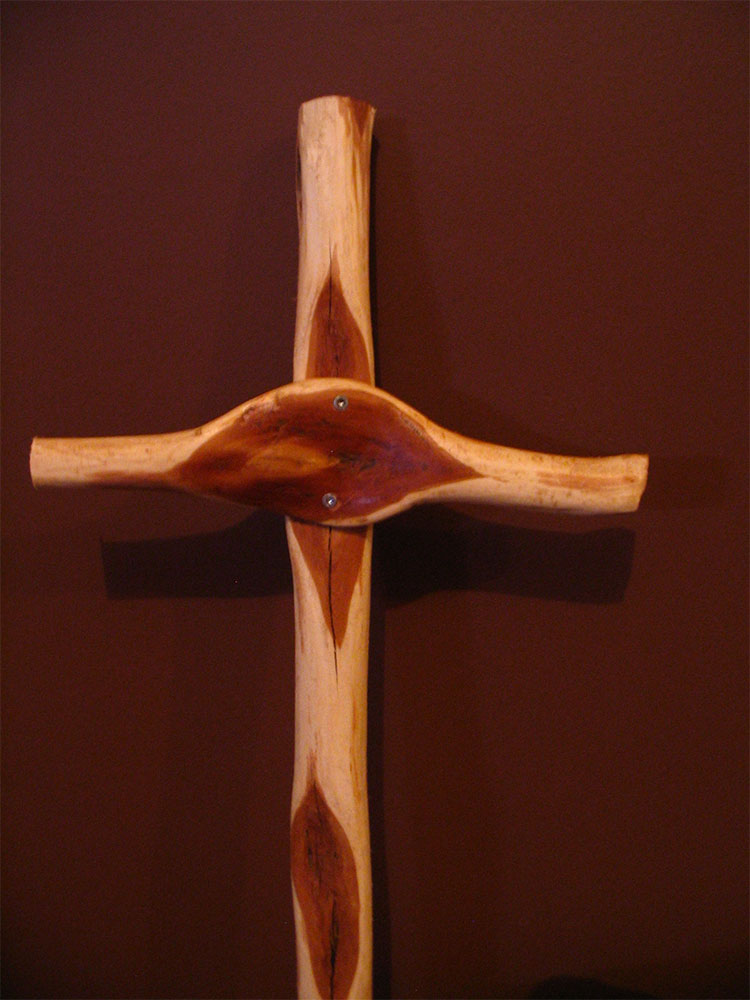 Cross Made by: George Bergman 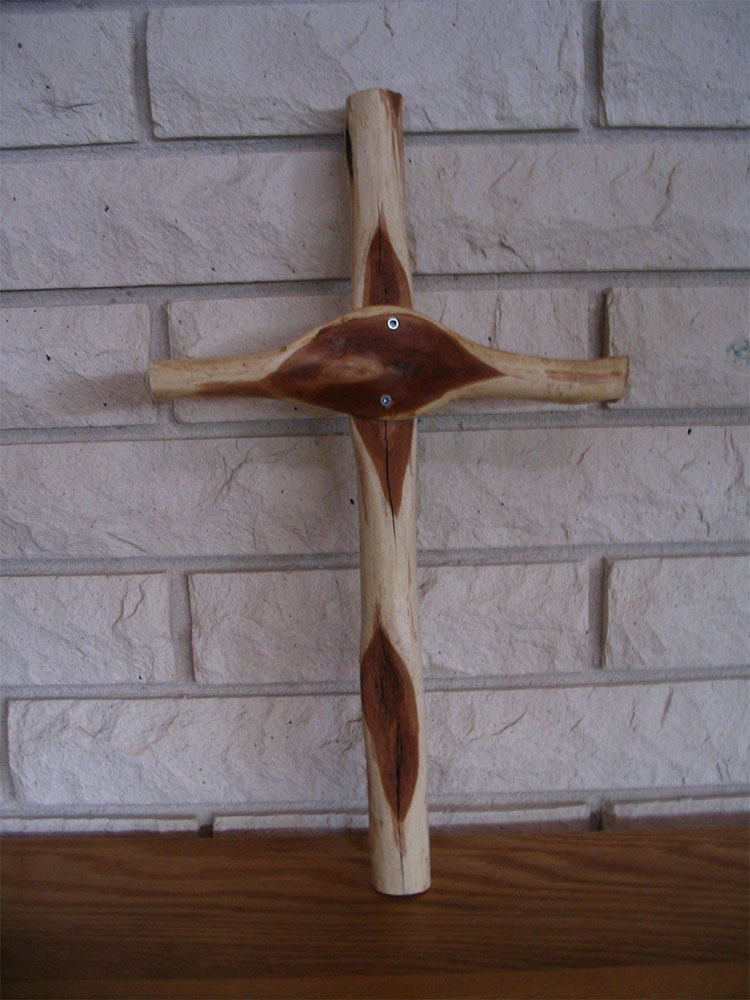 Electronics repairman Henry Kasdorf never considered creating artwork as a sermon response. But after Steinbach (Man.) MB Church’s Respond & Reflect coordinator Pat van Nes encouraged him to “think about it,” he awoke at night, his brain swirling with ideas.

The cross he fashioned from old television and audio parts for the Easter series sparked further reflection as he related each component to faith (see sidebar).

“It has been amazing to see people you wouldn’t think as artistic contribute beautiful pieces,” says van Nes, coordinator for SMBC’s Respond and Reflect initiative launched in 2014. Another church’s lobby display inspired van Nes to turn “an odd corner in the church foyer” into an exhibition area for congregation-generated art.

Anyone in the congregation can submit work for the “R&R” corner. Van Nes announces upcoming themes in the bulletin to allow people to think ahead, but she also taps shoulders.

“I often pray that God will show me the right people to ask,” she says. She looks for people “on the sidelines,” who aren’t up front teaching or leading music. “The purpose is to bring people together; to think about how to respond and express their spirituality…to see God in different ways than the printed word.” 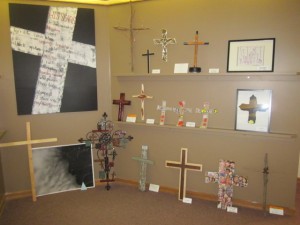 Van Nes pioneered the initiative with the Grades 6–8 girls’ Sunday school class whom she provided with canvases to paint their interpretation of the Christmas story during Advent 2013.

Then, pastor Walter Fast told van Nes his 2014 “Who is Jesus?” sermon series would be “a beautiful fit” to invite submissions from the congregation. “Jesus is…” answers came through doodle art, scrapbooking, photographs, objects (a rock and a candle) and a word puzzle.

For the duration of the sermon series, van Nes displays submissions with the creator’s name in the newly-painted the corner where she installed shelves. After the series is over, the pieces are returned to the contributor or find another home in the church, like the prayer wall or board room.

“Part of our philosophy of worship includes offering people an opportunity to respond in some way,” says Fast. “This touches people who are more creative.”

“It’s been really cool to see little kids and seniors standing there [looking at the artwork], thinking,” van Nes says.

“That people young and older have responded willingly – it’s a neat sign that people are listening and want to engage,” says Fast. 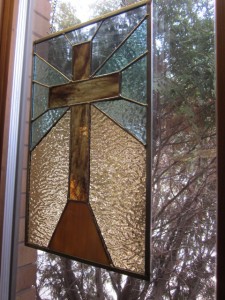 “As long as ideas keep coming, I would like to see it continue,” says van Nes.

Easter’s theme saw cabinetmaker Nick fashion a cross out of wood from his shop, retired teacher Sieg explore amber colours through his new hobby of stained glass, and elderly George, who van Nes says “still hunts, fishes and traps,” turn diamond willow branches from the local bush into a cross.

“I’m very encouraged by this added piece to our church life,” says Fast; “it brings people out of the woodwork.” 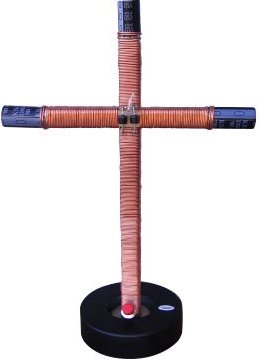 “Wire is the conductor of energy and power; we are connected to God’s power through the cross,” Kasdorf wrote.

“Diodes allow power to flow in one direction and stop all power flowing in the opposite direction; the cross stops Satan’s power and gives God full flow.

“Capacitors store and release electric power; because of the cross God gives us power when we need it.

“Magnets are loaded with energy ready to be used just as God wants us to be full of his power and ready for his service.

“Are your switches turned ‘on’ for GOD?”

The missionary is “in”

SMBC loves to read – the Bible