What's New
Multiply September Ukraine Updates
Volunteers in B.C. honour Leamington woman tragically killed...
Delete or not to delete, that is the...
Believers bring water for drought baptism
Encouragement to those in the arena
Keeping attention and making an impact: A few...
Open hands to reconciliation
From the editor
Approaching truth and reconciliation with love in our...
MB Seminary offers new MA in Transformational Leadership...
Home MB HeraldFeatures Blessing those who mourn

How churches can respond to national grief 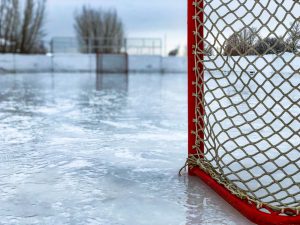 Canada is a country of hockey and highways. So news of the deaths of 16 Saskatchewan junior hockey league (JHL) players and support staff in a highway traffic accident Apr. 6, 2018, has reverberated across the country. As the country grieves with the Humboldt Broncos, Canadian churches can join in the expressions of mourning and be a gospel presence in a dark time.

As people set out hockey sticks in tribute, “The country is saying ‘This mattered to us,’” says Gloria Woodland, professor of chaplaincy at MB Seminary. This is an opportunity for churches to open doors and welcome the community to “Come in and say ‘I don’t like this,’ [whether they are a] believer or not,” says Woodland.

“As Christians, we have to take the words blessed are those who mourn (Matthew 5:4).”

She differentiates between grieving (personal suffering) and mourning (public expression). The church can minister to both.

Mourn alongside the community

“Most healing comes from mourning,” says Woodland. Churches can open the building for a night of remembrance: it could be a silent event with candles, a liturgy leading though grief, or an open space for sharing stories. “It’s up to ministry teams to know what’s right for their community” says Woodland.

“There’s definitely a greater openness to spirituality and prayer right now,” says Mike Kehler, former Steinbach (Man.) MB Church pastor and current chaplain for the Steinbach Pistons. This has shaken the players and caused them to recognize how precious life is, says Kehler.

“The bigger questions of the why [arise]; maybe not always ‘Why did God allow this?’ but ‘Is there something more out there?’” says Kehler.

“[Churches] have to allow space for questions, for anger – at the situation and at God,” says Woodland. “Acknowledge what it is and how it feels. And acknowledge that God is present.”

“There are more people at the rink on Sunday morning than in church,” says Brian Ray, pastor of Parkland Community Church, Yorkton, Sask., and chaplain with Yorkton’s Midget AAA team. “There’s a spirituality there that needs to be recognized and supported as church people respond.”

“I encourage our churches to get involved in these [memorial events and responses] coming up in the next days and weeks,” Ray says. He and fellow chaplain and church member John Anderson spoke about the God of comfort on a local radio station to encourage townspeople after the local memorial service at the arena.

“Embrace this as an opportunity to come alongside our communities to be a support, and let God lead from there,” says Ray.

The tragedy hits close to home for many – and not only those with sports connections, but also bus drivers, broadcasters, chaplains, truck drivers, first responders.

“Sometimes there’s no sign that people are dealing with something,” says Kehler. At the rink, grocery store, or at church, he discovers people are grieving.

In this moment, chaplains are responding to the players and staff and caring for many others who are processing the tragedy.

Not only chaplains, but first responders and medical personnel are affected. “They are involved in vicarious trauma all day long,” says Woodland. They need support, professional opportunity to debrief, and prayer for the suffering they experience.

“Pray for the chaplains,” says Ray. “We are on the front lines of the spirituality of people who don’t know Jesus.”

“I don’t know where this is going, but God is opening doors,” says Ray. “God is taking the ugly and using it for his kingdom and his glory.”

My hand is on your life