What's New
Abortion, the image of God, and faithful witness...
Choosing motherhood: The sacrifice of honouring life
MWC Assembly small but full of joy
Bad back doesn’t hold back MDS volunteer
Transition in CCMBC National Faith and Life Leadership
Leading through the trauma of covid: Part three...
The church distracted: When the main thing is...
Remote wilderness rescue turns into service with MDS...
How open is your mind?
Following Jesus together across barriers
Home MB HeraldFeatures My hand is on your life

My hand is on your life 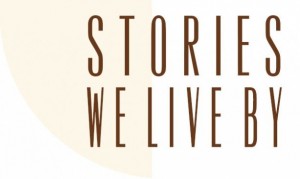 We all model our lives on stories we’ve heard and the people who exist in those stories. There are, of course, the biblical accounts of God’s people and Jesus. But there are also stories closer to home. The stories of our parents, grandparents, or people we hear about often make a profound impact on who we are and what we work at becoming.

This series looks at some of those stories as told by people within out Canadian Mennonite Brethren church family.

Sentenced to prison for second-degree murder, Hank Dixon was in a medium security federal prison in Springhill, Nova Scotia. He became a Christian while in prison but had many struggles. He tells the story of how an encounter in prison opened the door for healing and ministry in his life.

In the fourth year of his sentence, Hank took part in a Kairos Marathon, an encounter group led by Dr. Charles Taylor. Dr. Taylor was a pioneer in prison ministry and taught in the clinical pastoral program and prison ministry program at nearby Acadia Divinity College. In 2004 he was inducted into the Order of Canada for his humanitarian work.

The encounter group was a session whereby some 20 outside people spent 26 hours with approximately the same number of inmates. During this time, Hank struggled with drug addiction along with issues related to living inside prison. He was at a low point in his life of personal and social difficulty.

After the session, Dr. Taylor approached Hank and gave him a big hug. He then told him something Hank would never forget, “God’s hand is upon your life.”

The effect of those six words was immediate.

Hank spent the next day alone in his cell, praying and thinking about the future, asking what the meaning of his life was.

As Hank sat in his cell, the presence of God became very real to him. He experienced a vision of a hand passing down through his body and into his heart. He notes, “I physically felt a hand touch me very deep as the words changed to: My hand is upon your life.”

It was a moving experience.

Hank wept as he realized healing was beginning in some of the deepest and most necessary parts of his life. He was on a new road of purpose, meaning, and direction. He began to have hope for the future.

Over the next few years Hank had a number of sacred moments in prison. Two and a half years before his release, he felt the call to ministry.

Once released, Hank entered university and attended a Baptist church where he met his future wife, Linda, a Mennonite girl from Manitoba.

He later attended and graduated from Providence Theological Seminary in Manitoba, and then served as a Baptist pastor in Nova Scotia.

While in Nova Scotia, a prison chaplaincy opportunity opened at the Atlantic Institution in Renous, New Brunswick. After a few years, Hank transferred from New Brunswick to Stony Mountain Federal Penitentiary in Manitoba, where he currently serves as prison chaplain.

A hug, inspired words, and the friendship of a chaplain transformed Hank into a dedicated Christian servant among these of God’s children.

—Ken Reddig is director of the Centre for MB Studies, Winnipeg.