What's New
A FOCUS on Mission
Must Patience Be So Slow?
Harold Jantz: A Heart for the Mennonite Story
Lorlie Barkman: A Life of Creative Engagement
Last Days, First Days
Women in Ministry: Bertha Dyck
January Moment in Prayer “Holy Spirit—Fill Us!”
The Church as the Patient Body of Christ
Advent: Making Much of Jesus: Christmas Day
Advent: Making Much of Jesus: Fourth Advent
Home Life & Faithfeature articles The Christian chaplain 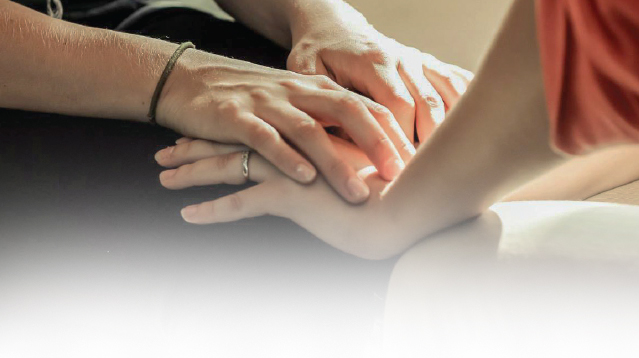 The man who gave his coat

Martin was conscripted to the Roman army at age 15. Stationed in Gaul (modern-day France), he patrolled the streets, encouraging decorum and maintaining order as he interacted with those he met.

Legend holds that one day, the 17-year-old soldier met a beggar who was scantily clad and shivering in the cold. Martin’s heart was stirred and he took action. He raised his sword, cut his own long cloak in two and offered half to the man to warm and protect himself.

That night, both the beggar and Martin slept under the warmth of their half of the cloak. The legend tells that in his dream, Martin saw Jesus wearing the torn cover he had given to the vagrant. Martin arose from his sleep a believer and devoted himself to sharing the care of Christ – all the while wearing half a cloak.

On completion of his military service, Martin took up a religious life and become known as a man of compassion and a faithful follower of Christ. His belief continued to fuel his devotion and works of compassion and he was eventually designated bishop.

The legendary cape of Martin of Tours became a symbol of Christ-like compassion. People from all over the Roman world travelled to see, touch and pray before the relic. The priest who guarded the cloak came to be known as a chapelain. As the people came weeping before the cape, pouring out their hearts, this chaplain stepped forward and shared the compassion of Christ.

The imagery of the chaplain as a guardian and deliverer of compassion as portrayed within the life and legend of Martin is a very strong representation of the purposeful ministry of contemporary Christian chaplains.

The mandate to herald the gospel truth

“I come alongside hurting and wounded people from all different faith backgrounds,” says Iain Mair, an MBBS student in the chaplaincy program, who works in a care facility. “I get to enter into their healing, and in the process, engage their values, spiritual understandings and religious convictions,” says Mair. In contemporary times, the ministry of chaplaincy has undergone considerable redefinition. Religious diversity and inclusivity mark today’s Canadian context. Chaplains are trained “to help persons identify, affirm and use their own beliefs, religious and human values, faith community and faith in God to support, sustain and inform them in times of crisis and need,” writes Laurel Burton in Chaplaincy Services in Contemporary Health Care.

The role and scope of the public chaplain in Canada has expanded and changed. If you were to ask a group of practitioners to define “chaplain,” the answers would be as diverse as the personalities, perspectives and worldviews of each respondent. Where “chaplain” traditionally referred to a representative of the Christian faith, it now refers to a man or woman representing any religious or philosophical tradition.

Such a reality has also presented new opportunities for Christian chaplains. As Christian chaplains offer pastoral care, they build relationships with individuals, organizations and religious leaders from a variety of faith convictions.

As the role of a chaplain in the public sphere changes, Mennonite Brethren Biblical Seminary, in partnership with the ACTS consortium, is training chaplaincy students to enter into this religiously diverse space while remaining devoted to the Christian mandate to herald the gospel truth. Training in counselling, pastoral care and crisis response – along with practicum experience – equips students to listen compassionately and support people in crisis.

Bridging the gap of society and church

“A hospital is a place of paradox where life and hope exist alongside death and despair,” says Grace Neudorf (chaplaincy student with MBBS). As she began her practicum, she prayed “that God would go before me, and I trusted that he was already present as I entered crisis situations.”

There is an increasing role for spiritual development in life as society expresses value in religious diversity and inclusivity. Demand for a guardian and deliverer of compassion – like Martin of Tours – is high, regardless of the sector.

While the traditional places for chaplaincy are healthcare, correctional facilities and military settings, there are increasing requests for chaplains in professional workplaces and industrial contexts. All sorts of new places like airports, retail chains and corporations are asking for a care practitioner to serve spiritual needs.

In this public sphere, the Christian chaplain holds a unique place. These men and women act as a bridge, connecting the people they serve to the larger church as they witness to the good news of Jesus. Likewise, chaplains assist in connecting the larger church to the needs of the community. They stand in the gap, training members of faith communities to respond appropriately to groups in need (such as parolees and their families).

MBBS graduates are trained and prepared to work in both private and public spheres, Christian and multi-faith settings. Graduates are serving in prisons, safe houses, courts, shelters for women and children fleeing domestic violence, homeless shelters and orphanages in China.

Chaplains not only minister to the clients, patients or residents they are assigned to, but also to staff in their sectors. The sphere of influence is large, but every day the impact of the gospel shared in compassion is transforming lives of people from various walks of life.

A Christian chaplain’s presence is a reminder of God’s presence that transforms experiences of crisis, sorrow, confusion and pain.

“I was able to come alongside a woman who experienced the pain of loss after the sudden death of her elderly relative,” says Neudorf who listened to the woman, prayed with her and accompanied her to say her final goodbyes. The woman was restored through the crisis and was functioning independently after such trauma. “With God’s help, I was able to bring his hope into the midst of human suffering and despair.”

The chaplain as agent of transformation

Christian chaplains, write Naomi Paget and Janet McCormack in The Work of the Chaplain,“are an extension of Christ’s ministry to all people.” Christian chaplaincy continues to be a ministry of compassion, a front-line service, and a picture of the church existing in the world, professing that the good news of God’s salvation in Jesus Christ is for everyone.

As Mennonite Brethren, the often-quoted words of Menno Simons provide the basis for our engagement: “True evangelical faith is of such a nature it cannot lie dormant, but spreads itself out in all kinds of righteousness and fruits of love.”

Christian chaplains herald the good news of Christ, bridging the gap between the larger church and the marginalized, and ministering Christ’s compassion that changes the hearts to those in great need.

Moving forward, the call to serve is great. Pray for Christian chaplains as they respond to needs in all sectors of our society with Christ-like compassion.

Mennonite Brethren Biblical Seminary offers a chaplaincy specialization and a post-masters chaplaincy certificate at ACTS Seminaries in Langley, B.C. Combining strong academics with practical, hands-on field training through partnerships, the chaplaincy program helps MBBS graduates hit the ground running in a chaplaincy career. Dr. Gloria J. Woodland is the program director for chaplaincy and teaches most of the chaplaincy courses.

A heart for Canada

Thank you for supporting Chaplains. They are often, if not exclusively, the front line representatives of Christ in the thorny issues of life and death in North American chronic and acute care hospitals and facilities, personal care homes and prisons. The time is right for Chaplaincy programs in all MB Colleges and Seminaries.