What's New
A FOCUS on Mission
Must Patience Be So Slow?
Harold Jantz: A Heart for the Mennonite Story
Lorlie Barkman: A Life of Creative Engagement
Last Days, First Days
Women in Ministry: Bertha Dyck
January Moment in Prayer “Holy Spirit—Fill Us!”
The Church as the Patient Body of Christ
Advent: Making Much of Jesus: Christmas Day
Advent: Making Much of Jesus: Fourth Advent
Home News Forty years of faithful witness 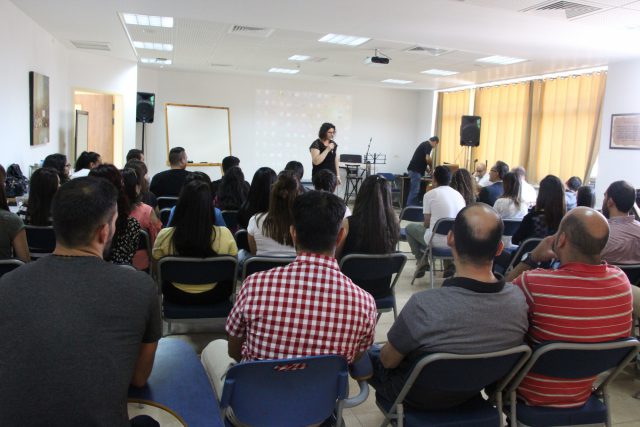 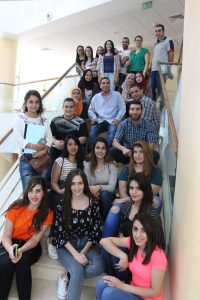 Students at Bethlehem Bible College can study the Bible without leaving their home region. PHOTO supplied

Forty years of faithful witness is something to celebrate, especially in a part of the world where living according to New Testament principles of peace and love can be extremely difficult. For students, faculty, and staff at the Bethlehem Bible College, the upcoming anniversary celebrations mark an important milestone.

Nov. 1–2, 2019, will be a time for celebration at the three campuses of Bethlehem Bible College, located in Bethlehem, Nazareth, and the Gaza Study Centre, Israel-Palestine. Over the last 40 years, Bethlehem Bible College has given students in the Occupied Territories the chance to study theology and peace in their home country.

When founder Bishara Awad returned from his own theological studies in the United States (including a year at MB Biblical Seminary, Fresno, Cal.), he realized that far too many Palestinian Christians were leaving for other countries. A theological school in the Middle East could not only encourage people to study the Bible but also to stay in their country of origin and to help people deal with their challenging situations. 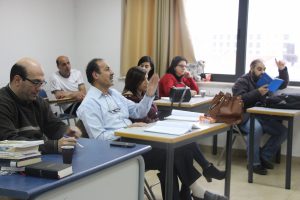 In the context of Israeli occupation, the peace studies program is central to the school’s mandate. Jonathan Kuttab, who has worked at the Bethlehem Bible College for much of the school’s existence, speaks of the importance of peace studies in an actual conflict situation. “The Israeli occupation is an important part of our mission to explain who we are,” he says. “We believe that Jesus came to bring peace.”

The majority of Palestinian Christians hold to the theology and practice of peace, he says, because people “can’t love the enemy and stick a knife into their back at the same time.”

“We’d like to see peace in our time, and we’d like to see justice,” Kuttab says. This ideal works well with studying the Bible together with Christians of different backgrounds.

For years, Palestinian Christians have been a witness to their faith in a challenging context. Areej Masoud, development and communications department coordinator at Bethlehem Bible College, notes that the school exists in a context where religion and identity matter. “They should highlight your responsibility toward justice,” she says. 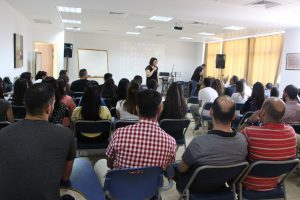 Helping people is one way of seeking justice, and BBC works in the community through the Shepherd Society. Orthodox, Catholic, and Protestant students and staff cooperate to tend to the needs of the people nearby and throughout the Middle East as an integral part of the school’s mission, assisting in areas such as food and housing.

Helping Syrian refugees in Jordan is one way that BBC seeks to serve the wider community. Fourteen students, along with representatives of the Shepherd Society and the college, participated in the 10th trip of that kind, and the future will likely see more excursions to support and encourage people who have lost their homes and livelihoods in the ongoing Syrian civil war.

In the “birthplace of the Prince of Peace,” the witness of Palestinian Christians can make a difference in an area with a seemingly unending conflict. The Bethlehem Bible College is an important part of that witness.

is a member of Portage Avenue Church and a freelance writer.

A heart for Canada