What's New
Tibetans in the Neighbourhood
MCC BC and MDS Flood Response and Partnership
Resilient Leadership: Praying against burnout
Boldly advancing the gospel from our knees
MCC sends food and relief to Cubans in...
Robert Dagenais, pastor of the Sainte-Thérèse church, is...
More donated hay needed to help farmers in...
“God’s time was perfect”
Hope and pray every day
Resilient Leadership: The gift of self care
Home Arts & Culture Wanted: attitude shift 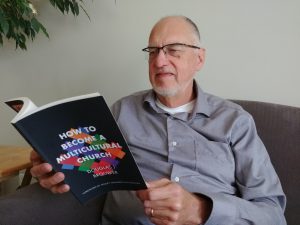 How to Become a Multicultural Church
Douglas J. Brouwer
Eerdmans

Many Mennonite Brethren churches and all of our regional conferences are becoming international in their memberships as immigration brings people from around the world into our fellowship. Brouwer’s book is very timely for leaders and members seeking to work alongside one another cross culturally. It comes from several years of pastoral leadership – and lots of curiosity and observations – in the International Protestant Church in Zurich, Switzerland, where he pastored for four years.

The core message and thesis might be found three quarters of the way through the book. 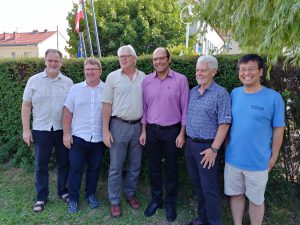 Brouwer introduces his message with a story. He observes six or seven couples in his congregation. The educated and accomplished women were all from different South American countries. Their husbands were U.S. born. Only one fellow had attempted to learn Spanish. He was also the one who regularly accompanied his wife on annual trips to see her family. The others often complained about these trips yet “generously” told their wives to go any time you want…and take the kids.

With this, Brouwer has put his finger on a challenge of integrating international minorities. This also points to the broader challenge of relating from “church culture” to “secular culture” more generally.

However, the book suffers from Brouwer’s personal background as a US citizen. He writes “…a dominant culture thinks: ‘Secondary cultures are problems to be managed.’” It was reassuring to see how he uses his own faults in this, often noting “I am not proud of this…”

But I felt as a reader we never quite escape the sense that an American is writing, with all the dominant-culture-centred assumptions attached to that. Most obviously he tackles the issue of having the US flag on stage, which resonates less with Canadians. Still, I liked how the author handled the issue, and felt it could help some of our U.S. MB compatriots who have struggled with this.

With that caveat, I felt the book touched on all the subjects I have had to learn as a leader of the international MB community.

It’s a helpful, challenging, and correcting book. A good resource.

[David Wiebe recently retired as executive director of ICOMB (the International Community of Mennonite Brethren). He lives in Winnipeg where he participates as a member of Westwood Community Church.

Article 6: The Nature of the Church

A special people and a very important mission