What's New
How sweet the sound
One MCC Thrift Store Began With a Few...
A Hunger for Conversation
Getting the mental and emotional rest you need...
The Patience of God
2023 Spirit of MDS Fund accepting grant applications
October 2022 update from the CCMBC Executive Board
Arnold Community Church hosts block party to thank...
When Spring returns
An autumn reset
Home PeopleAppointments Atlantic Canada director appointed 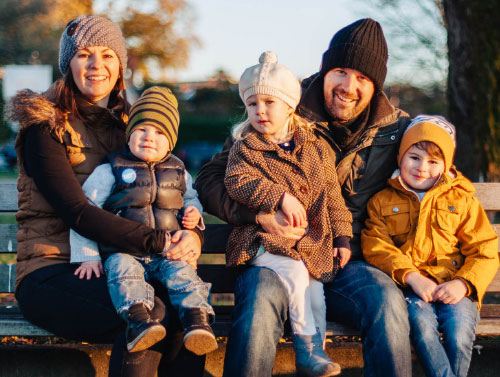 In partnership with the Christian and Missionary Alliance in Canada, the C2C Network appointed Chad MacDonald regional director for Atlantic Canada. The former pastor of ministry development from Vancouver’s Westside Church begins Jan. 2, 2015 – in answer to many prayers.

“God has sort of primed the pump,” says MacDonald.

About two years ago, MacDonald and his wife Lynda began to sense “promptings, or an urge, to consider ‘what would it look like to go back to Nova Scotia?’” says the Atlantic native. But with Westside’s purchase of The Centre in 2013, MacDonald’s energies were taken up and the subject of returning east was shelved.

MacDonald “wasn’t disgruntled” when left his Nova Scotia home at 18, but he didn’t expect to return. He studied at Toronto’s Tyndale University and met Lynda through a young people’s group at The Meeting House, Oakville, Ont. They worked as site leaders for Canadian Mennonite University’s Outtatown program. Continuing west, he studied to be a paramedic and began pastoring at Westside Church where both he and Lynda served part-time in myriad capacities for the young church plant.

By the end of his eighth year, MacDonald’s work comprised staff administration, volunteer ministry teams coordination, arts group rentals in the former Vancouver Centre for the Performing Arts, and serving on the elder board.

“It’s evident God has been building my resume,” he says.

A call to the Atlantic field

As Mennonite Brethren were hearing a call to focus on church planting in Canada, the Christian and Missionary Alliance (C&MA) were also recognizing they needed “to face Canada as a mission field from sea to sea,” says C&MA director of new ventures David Enns.

“Many movements and denominations come to similar influences at similar time periods,” he observes of the uncanny similarity to the Mennonite Brethren’s C2C Network.

Over the years, Alliance leadership connected with C2C over assessment centres and training activities, watched how C2C played out in the regions and began building friendships “which led to greater trust,” says Enns.

“We’d been praying for leaders and collaborative DNA…to see new churches across Atlantic Canada,” says Enns. “Our dream would be to be present in Atlantic Canada. We do not have the resources to do that alone.”

Neither does the C2C Network, which received approval last year to hire a part-time director.

Through conversations that started with church planting leadership and ended with the denomination’s directors, the two organizations with small budgets but big dreams for Atlantic Canada decided to pool their resources to build churches for one kingdom.

“It seemed right and appropriate,” says Enns. “This partnership has come out of relationship not just out of convenience.”

“We felt that the Holy Spirit had put the thoughts in our hearts,” says C2C Network director Gord Fleming. “The level of trust and desire to collaborate was so significant that we knew that this was the Lord at work.”

The threads began to converge in June 2014 when Westside hosted the biennial MB Canadian conference Gathering. In a chance lobby conversation, Fleming told MacDonald about the developments for the Atlantic Canada position, and MacDonald shared his stirrings to return.

“We were in tears together, praying, ‘Lord, if this is something from you, let’s see what you’re up to here,’” says MacDonald.

Things moved quickly as Westside blessed MacDonald to go through the interview process. “It’s been nothing but affirmation [from Westside]; green light after green light,” says MacDonald. “The most surprising thing about this has been the support and encouragement from Westside in this transition and helping me in the discernment process.”

“It’s a bittersweet thing” to say goodbye to a beloved colleague, says Westside lead pastor Norm Funk, “but this is God-led.”

The church has pledged financial support to C2C for the Atlantic Canada portfolio. “As much as we can help the church planting movement in Canada, that’s great,” says Funk. “We’re for planting.”

As Atlantic Canada regional director, MacDonald will support the existing MB (3) and C&MA (5) churches; support, coach and assist the new plants (2); and interview and assess potential planters. He will work on prayer ministry and training opportunities, and form relationships with existing churches “to develop a multiplication culture,” says Fleming.

MacDonald will be a C2C Network employee but will also wear a C&MA hat, catalyzing those churches and relating to the Sea to Sea team as well.

Enns notes that the C&MA presence in Atlantic Canada is mostly minority-ethnicity based, and their style of church development in the region has been more grassroots. C2C comes with refined structures and processes at the outset. “Our denominations could be a great complement to each other as we leverage each other’s strengths and learn from each other,” he says.

“There’s a strong conviction that God has led us here at this time,” says Enns. “It’s a response to a lot of prayers that have been made.”

“I know there were people praying for years that my journey would lead me back [to the Maritimes],” says MacDonald. “God had a plan for me to get equipped and be trained and eventually make my way back there for the kingdom.”

The story “isn’t about the MacDonalds but about what God is doing across the country,” says MacDonald.