God at work under our noses

An unlikely evangelist: how an agnostic led her friend to Jesus

The story of Sue has been one of the greatest encouragements a church planting couple could hope for. We weren’t aware of how God had been at work in Sue until she had this talk with Mistin, my wife:

“Mistin, I just have to tell you. I’ve been going to church. And – I’ve been reading the book.”

“You know – The Book! The Bible! And everything in there is true, isn’t it?” She went on to confess she’d been praying, and that with a friend Sara, she would be studying the Bible. 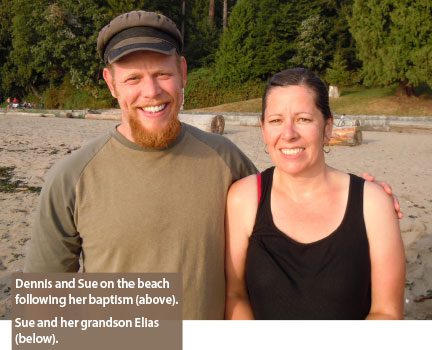 Mistin was amazed. Sue wasn’t interested in any of that before.

Then, we saw what God had been doing.

Our mutual friend Jill, an agnostic, keeps coming to a discussion group I hold each week. She and Sue regularly walk with a group of friends – and they talk.

Leave it to God to allow a vocal agnostic to be the means through which God produces fruits of the labour here in Vancouver’s West End.

There was more to celebrate. 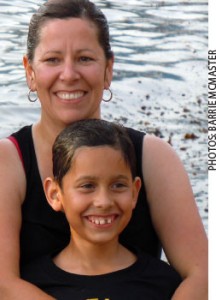 Sue remarked that this was her first Easter that signified more than chocolate bunnies.
“I’ve done a lot of bad things in my life, but I’m forgiven, I am loved, and I know this because Jesus died for me on the cross. Right?”

Now, she gets it.

I told this story in Chilliwack, B.C., during the provincial convention in May, but the best part came a couple of months later.

“My grandson Elias and I want to be baptized. Would you guys support our decision, and be there for us?” Sue’s faith has grown to the point that she wants to go public that Jesus is the boss of her life.

“This year – baptism; next year – marriage to the man I’ve been living with, if he’ll commit,” she said with a smile.

Bruce feels like Jesus is another man in Sue’s life now. Bruce isn’t sure he likes Sue reading her Bible all the time, going to church, and praying so much. Sue is sensitive
to that.

Recently, she left all her Christian stuff at home for a camping trip with the family. No Bible, no prayer journal, no Christian friends. She totally dedicated those four days Bruce and the grandkids.

“I missed it so much,” she said. “It’s like a Christian really needs that daily connection with God, don’t you think?

“My life is complicated. Becoming a Christian at age 49 is quite a late start!”