What's New
A FOCUS on Mission
Must Patience Be So Slow?
Harold Jantz: A Heart for the Mennonite Story
Lorlie Barkman: A Life of Creative Engagement
Last Days, First Days
Women in Ministry: Bertha Dyck
January Moment in Prayer “Holy Spirit—Fill Us!”
The Church as the Patient Body of Christ
Advent: Making Much of Jesus: Christmas Day
Advent: Making Much of Jesus: Fourth Advent
Home News Stillwood expands 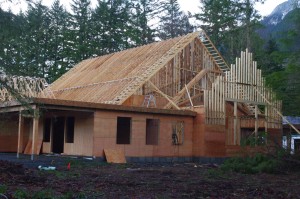 Stillwood Camp and Conference Centre director Harry Edwards says it’s a dream come true, to watch workers erect a new, 250–300-seat chapel near the camp entrance. He has been waiting 17 years to see this dream become a reality.

The structure will be used most frequently in conjunction with the site’s year-round function as a conference and retreat centre. The $1.5-million chapel will seat 250–300 people. It will include a tent area, just outside and suitable for weddings, taking advantage of the camp’s outdoor beauty. Construction started last September.

Stillwood is located near Chilliwack, B.C., and is the largest of the BC MB conference’s five camps. 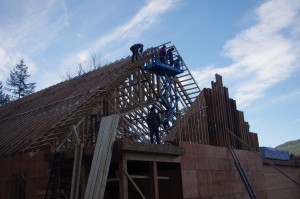 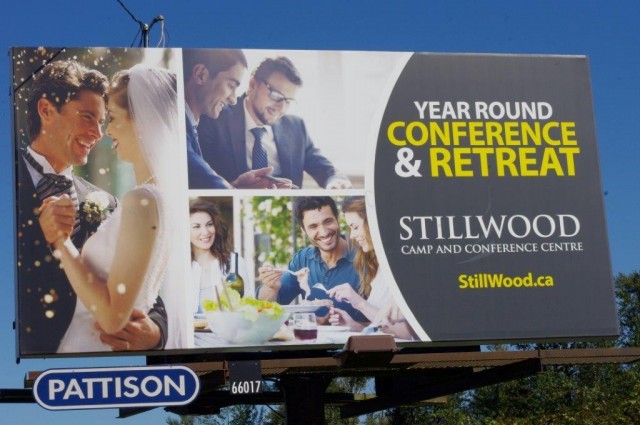 BCMB’s Stillwood Camp and Convention Centre tried an experiment in 2015. They purchased space on two billboards on the Fraser Valley’s busy Trans Canada Highway (between Abbotsford and Chilliwack). Camp board chair John Redekop says the season-end picture is good. The Stillwood office fielded many inquiries about camping (as featured on one billboard) and conference facilities (on the other). Redekop believes Stillwood is the first Christian camp to do billboard advertising in B.C.