What's New
Through the conflict, life carries on in Ukraine
A FOCUS on Mission
Must Patience Be So Slow?
Harold Jantz: A Heart for the Mennonite Story
Lorlie Barkman: A Life of Creative Engagement
Last Days, First Days
Women in Ministry: Bertha Dyck
January Moment in Prayer “Holy Spirit—Fill Us!”
The Church as the Patient Body of Christ
Advent: Making Much of Jesus: Christmas Day
Home News Saskatchewan convention 2014 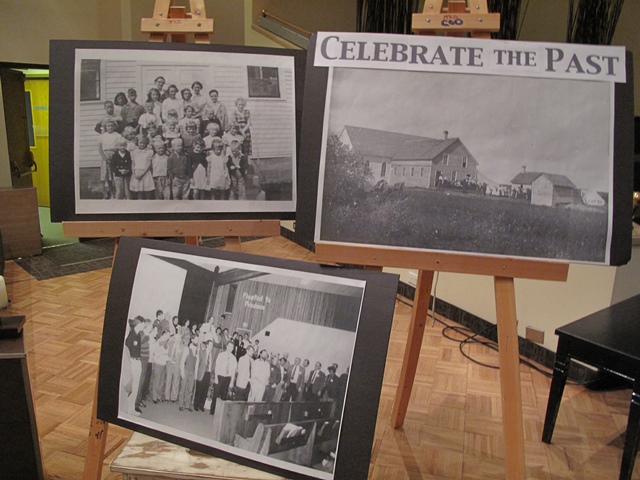 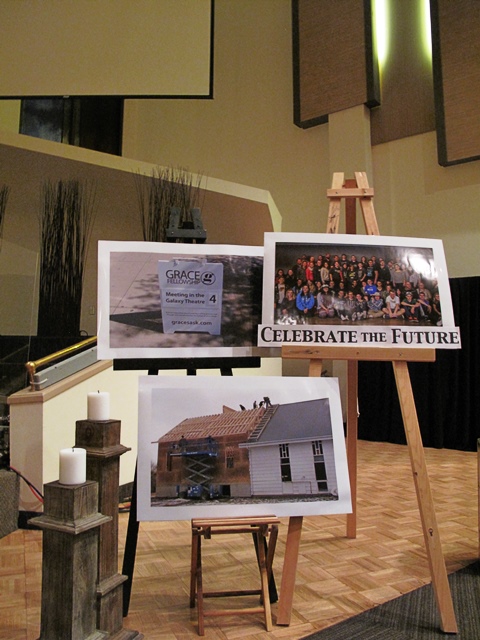 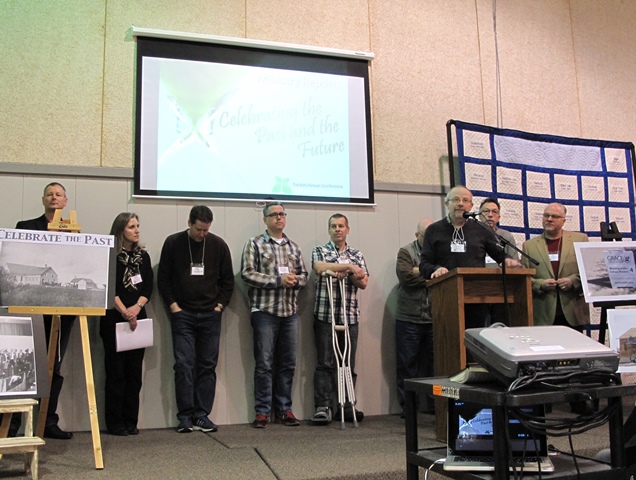 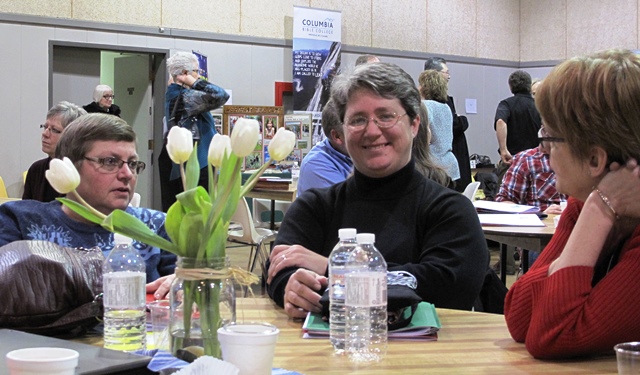 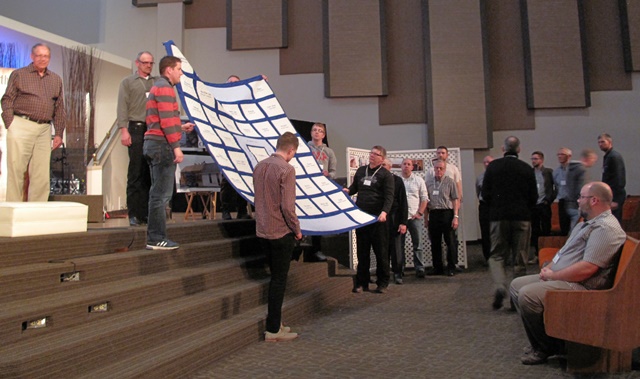 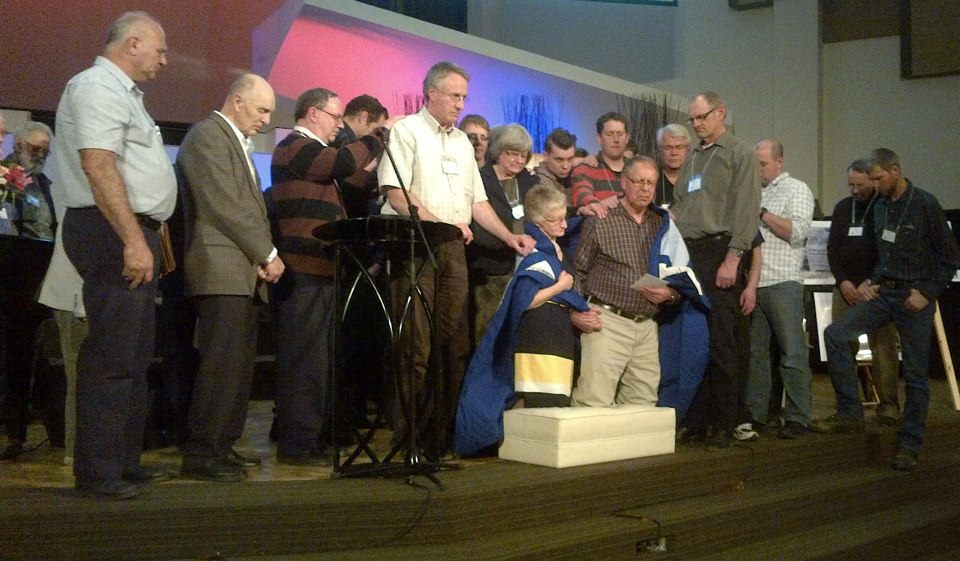 Representatives from each church surround Ralph and Grace Gliege with a quilt and prayer. 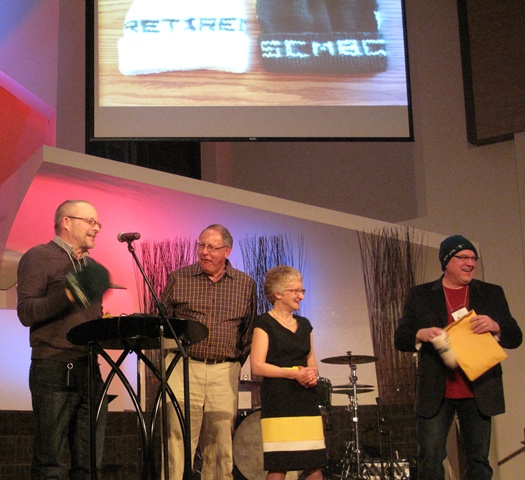 The 2014 convention of the Saskatchewan Conference of Mennonite Brethren Churches, held Mar. 12–15, 2014, at Forest Grove Community Church, Saskatoon, marked the end of a long chapter in the book of SKMB churches: Ralph and Grace Gliege’s ministry. Conference minister since 1992 and local pastor in Hepburn, West Portal and Woodrow before that, Gliege has been a fixture in the conference provincially and nationally and has been regarded not only as a mentor but as family by generations of Saskatchewan pastors. 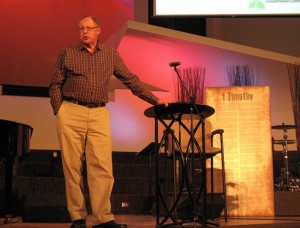 In the tradition of Gliege’s trademark analogies and illustrations, director of finance and congregational services Pat Dergousoff wielded a mallet in a tribute video as he spoke of Gliege “leaving an impact on our lives.”

A processional of representatives from each church marched into the sanctuary carrying the quilt Gliege had used as an illustration at past conventions, wrapped the Glieges in it and surrounded them with prayer. Stitched with the name of each SKMB congregation, the quilt is an “‘inventory of letters’ (2 Corinthians 3:2–3) to display God’s faithfulness.”

The convention’s Friday night session was devoted to farewelling Gliege who will continue to serve until June 2014 alongside Terrance Froese, the new director of ministry affirmed and commissioned the next day.

For Gliege’s final formal address to the assembly of churches and delegates, he spoke the words of 1 Timothy from memory. “If you would take a few nuggets and put them into practice,” he said, “we would see such health.”

Celebrate the past and future 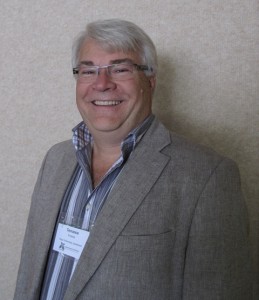 With an 88 percent approval vote, Terrance Froese was commissioned as the new director of ministry.

Gliege drew on the Kings text of Elijah passing his mantle to Elisha as he blessed Froese to continue the ministry. “Some say Terrance has big shoes to fill,” said Gliege. “But he doesn’t; I’m keeping my shoes.” Gliege made an appeal to the churches to support Terrance and Wanda Froese the way they supported him and Grace.

Froese acknowledged the way Gliege had “thrown his cloak” over him and blessed him to “do things very differently, yet we’re very unified in heart,” he said. Saskatchewan has “a family feel where we watch out for each other,” said Froese. “That’s a gift we have to give to Canada,” he said, stressing it wasn’t a superiority factor, but a “puzzle piece we have to give.”

“I’m a different leader with different priorities and values unique to this time,” said Froese, identified four priorities that will inform his leadership.

Froese called on “good theological thinkers” to help the conference deal with “theological debates challenging us to the core.” Above all, he called for a “gospel-centred” movement: a conference that exists to inspire, empower and model Jesus in making disciples, molding leaders and multiplying missional churches. 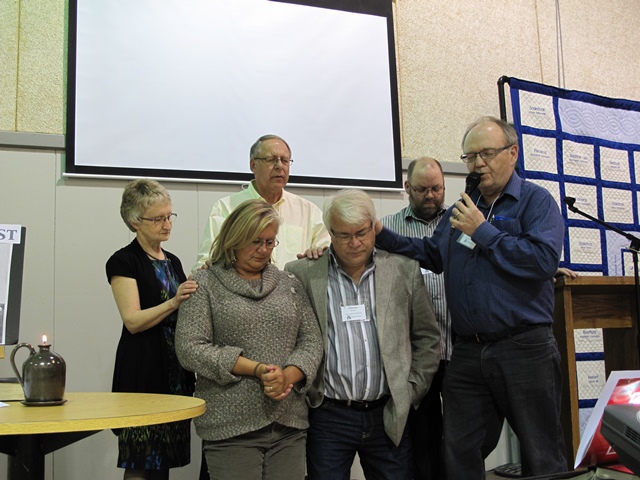