What's New
A FOCUS on Mission
Must Patience Be So Slow?
Harold Jantz: A Heart for the Mennonite Story
Lorlie Barkman: A Life of Creative Engagement
Last Days, First Days
Women in Ministry: Bertha Dyck
January Moment in Prayer “Holy Spirit—Fill Us!”
The Church as the Patient Body of Christ
Advent: Making Much of Jesus: Christmas Day
Advent: Making Much of Jesus: Fourth Advent
Home MB HeraldColumns Retiring administrator paid it forward 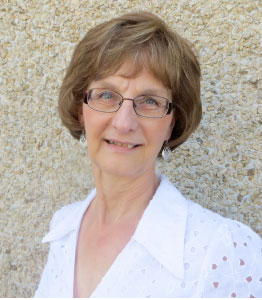 It is not uncommon for Christians to see God’s hand in their lives through hindsight: seemingly unlikely occurrences make sense only later. Marilyn Hiebert is someone who has marvelled at opportunities that seemed to come “out of the blue” – opportunities that formed a path for her Christian service.

The help she received along that path also gave her a passion to pay it forward, educating others, sharing advice, and helping colleagues gain more knowledge and confidence as they served the Lord.

Hiebert leaves a legacy. Before retirement, she worked hard to freshen and revise her exhaustive manual of church administration, Doing the Right Thing. She started an annual in-service training day, ChurchWorks, for church leaders of all stripes, adding to the offerings and making improvements each year. She chaired the non-denominational National Association of Church Business Administration (Canada/US Pacific Border chapter), building in training days and encouragement for members at regular intervals.

Always available at the end of a phone line or by email, Hiebert was free with her advice to church leaders and office administrators calling for help on a variety of problems. She is grateful that the expertise she attained in banking could help local churches acquire land or buildings for ministry. 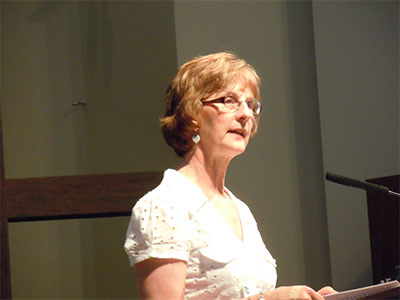 Hiebert joined the B.C. conference staff 12 years ago, after being personally recruited by then-conference minister Ike Bergen. He had been impressed by her work in the Canadian conference and other venues. Bergen says he was struck by three qualities: her godliness, obvious love for church and conference, and amazing business acumen and administrative skill.

Hiebert is not unaware of how God prepared her for the position. She’s rooted three generations deep in the MB family in Canada – a heritage she values. After three terms’ attendance at Columbia Bible Institute (now Columbia Bible College), she was approached to work for East Chilliwack Co-op Credit Union (now Envision). Ultimately becoming an account manager, she learned how to read financial statements and assess mortgage loan applications – invaluable preparation for her later conference work.

There were interruptions in her career path, but even some of those elements became useful in Hiebert’s BCMB role. After one time out from finances, she was persuaded to keep the books for Abbotsford’s Central Heights Church. Then one day, administration and missions pastor Henry Wiebe, her mentor (and boss) at CHC, told her of a newly created administrator position at nearby Bakerview Church, and suggested she apply. She doubted she would qualify, but applied and got the job – and kept on learning. (“I read a lot in those days!”) Then, one day, came the call from the B.C. conference. More reading!

As she settled into the routines and needs of BCMB’s operations, Hiebert found herself with an additional role as educator. She was being asked more and more questions, which developed into a ministry to local churches. She says her lengthy explanatory emails became notorious.

That service to churches was a great gift, according to Ken Braun, lead pastor of Port Coquitlam’s Hyde Creek Church. He said her counsel and expertise constituted a critical piece in Hyde Creek’s eventual building acquisition (see “Hyde Creek is finally home,” November 2012). Working with Hiebert, he says, “You caught that sense that serving the Lord and his church was always number one with Marilyn.” 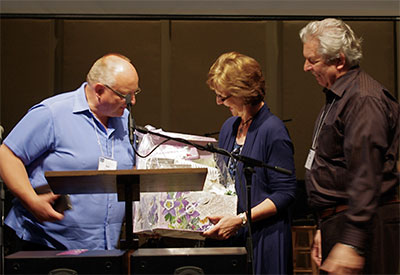 Marilyn Hiebert receives a “grandma” gift from BC Moderator Ron van Akker as husband Rudy looks on. And, oh – something in an envelope.
Photos: Barrie McMaster

One of Hiebert’s hopes as she retires is to see BCMB and church plants work more closely together “so that planters and their volunteer groups are already integrated administratively” before the plants become full churches. She believes the conference needs to work “more intentionally” with these new congregations.

Former conference minister Steve Berg paid tribute to Hiebert’s work at the BCMB convention in May. He spoke of her integrity, competence, and good judgment, adding, “It was a job incredibly well done.”

And now, in July 2013, she is enjoying what she looked forward to doing: spending time with her children, their spouses, and three grandchildren. Later, perhaps next year, Marilyn and her husband Rudy will do some travelling, offered by the conference as a retirement gift.

She knows without doubt what she will miss most as she leaves the office on South Fraser Way, Abbotsford. “I’ll miss the people.”

The church needs theology more than ever

And knowing her son Kevin personally makes the family portrait all the more powerful.
(And the beat goes on!)