What's New
Multiply September Ukraine Updates
Volunteers in B.C. honour Leamington woman tragically killed...
Delete or not to delete, that is the...
Believers bring water for drought baptism
Encouragement to those in the arena
Keeping attention and making an impact: A few...
Open hands to reconciliation
From the editor
Approaching truth and reconciliation with love in our...
MB Seminary offers new MA in Transformational Leadership...
Home Life & Faithfeature articles Doing theology as a spiritual practice

Doing theology as a spiritual practice

Recently, I’ve been hearing Mennonite Brethren use the word “theology” more than they used to. With few Canadian Christians reading the Bible, perhaps some use theological categories and propositions as a shortcut to thinking about God’s ways. However, Christians also do theology by taking the longer road of joining God’s people – past and present – to pray and think through the Bible’s nitty-gritty stories, teachings and poetry in order to live faithfully.

I’ve also been hearing Mennonite Brethren differentiate between pastors and academics. This differentiation suggests a criticism, as if the work of theologians is a hindrance to the “real” work of practitioners who share the gospel and build the church. This criticism is a problem, especially when I observe MB pastors seeking to communicate biblical truth with clarity (i.e., theologically), and professors from Canada’s four MB schools serving congregations with enthusiasm (i.e., practically).

All Christ’s followers do theology whenever they interact with Scripture and their Christian heritage to discern how they will live thoughtfully and faithfully in their particular contexts. To use Gerald O’Collins’s play on words, we are being theological when we watch our language in the presence of God. 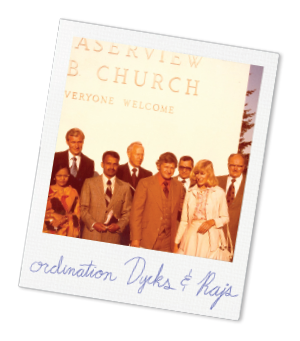 Therefore, what if all MB churches and ministries learned to do theology as a multi-dimensional spiritual practice?

The Board of Faith and Life’s proposal for re-engaging ordination provides a model to consider. This recent example within the family of MB churches is not perfect, but it illustrates one group’s approach to doing theology well. Our approach (I joined the BFL more than three years ago) was embedded in experience, careful thinking, the church, Scripture, the Holy Spirit and God’s mission.

A community call to ministry

Two years ago, the BFL noticed more and more MB pastors discussing and requesting ordination. Pastors were asking, “What does ordination mean? Will MBs recognize my ordination from another denomination? Do I need to be ordained to receive the government’s clergy residence deduction? Who initiates ordination?”

Leaders longed for a clearer affirmation of their ministry calling through ordination. In some congregations, ordination had been downplayed as a hindrance to pastor-parishioner relationships. Elsewhere, ordination signified the rank and authority of senior pastors.

In response, the BFL first paid attention to our understandings of ordination. We asked each other, “What has been the significance of your own experience of being ordained – or not being ordained?” (Half to two thirds of BFL members had been ordained when the process began.) Some longstanding pastors felt that they had missed out on an important affirmation by not being ordained. Others had experienced ordination as a biblical and valuable practice, but rarely mentioned it.

Then, with the help of the Centre for MB Studies, the BFL examined the theological heritage of the MB church. The history of ordination among MB churches in Canada was revealing. MB churches once ordained both men and women to various leadership ministries. Churches also misused and misunderstood ordination: some ordained ministers became authoritarian; congregations elevated and distanced their ordained ministers as if those leaders were super-spiritual. Not surprisingly, several MB Bible teachers began to teach that ordination is not explicitly taught in the Scriptures and is often detrimental to the life and witness of the church.

Spurred on by experience, history and teaching, the BFL revisited the New Testament passages about “the laying on of hands” for church leaders. We acknowledged that although the New Testament does not name ordination as a Christian ritual, the early church prayerfully laid hands on its leaders in order to recognize their suitability for church leadership, to appoint them to particular leadership roles on behalf of the Holy Spirit and to provide servant leaders with appropriate authority and the Spirit’s gifting (Acts 6:6, 13:3, 14:23; 1 Timothy 4:14, 5:22).

After more than a year of study, the BFL expressed our own theological perspective on ordination. The booklet we produced encourages Canadian MB churches to re-engage the practice of ordaining pastors and other key church leaders. Such ordination must, however, reflect biblical values – including focusing on spiritual gifts instead of status, on the congregation’s discernment rather than individual self-promotion, and on accountability and mutuality. 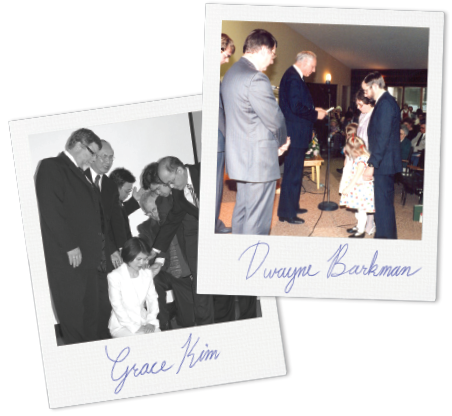 We believe that if MB churches practise ordination in this way, they can regularly use this practice to publicly recognize and call men and women for long-lasting ministry in church leadership roles. If practised through the Holy Spirit’s guidance, ordination can aid MB congregations in discerning and commissioning their leaders.

During Gathering 2016, the BFL will distribute copies of this proposal and invite discussion and responses. The proposal, along with three study questions, can be downloaded at mennonitebrethren.ca. We will also ask the pastoral credentialing bodies of each provincial MB conference to study the proposal and to respond to the BFL.

Both pastors and congregations need to understand ordination because both play a part in honouring God and serving his mission with this practice.

When I consider how the BFL has developed this proposal, I see five ways in which we practised theology robustly.

Our theological process grew out of real experiences and questions in today’s changing contexts. In the life of the Spirit, Jesus’ followers seek to make God-honouring decisions about practical and even mundane matters.

The BFL valued the experiences and theological teachings of God’s people in the past. It is arrogant to assume that God’s wisdom can be recognized only by today’s believers; the Spirit speaks through the whole people of God.

The Board prayed that God would lead our deliberations. We sought to heed the Spirit who speaks in many ways. Listening to one another – including during Gathering – is one important part of communal hermeneutics and discernment.

The Word of God in Scripture assumed central importance in naming and shaping a faithful practice of ordination.

The BFL named specific actions that MB churches can implement for the good of Christ’s church and God’s mission.

Although the BFL’s theological work included these activities, we could do more —not merely as the BFL, but as the church. We could consult the theological insights of other Christian traditions. We could consider a wider range of relevant theological themes. We could spend more time listening for the Spirit’s voice.

As a faithful participant in God’s mission, the church must continually address burning issues theologically. I long to see MB congregations, leadership bodies and conferences practise theology in a multi-faceted way similar to the BFL’s process. I believe this will help the MB church – a small part of the body of Christ, “joined and knit together by every ligament with which it is equipped” – do its part to promote the entire body’s growth in building itself up in love. Then the wisdom of God in its rich variety will be made known through the church on earth as in heaven, for this is the mission of God (Ephesians 4:16, 3:10 NLT).

—Andrew Dyck is professor of ministry studies with Mennonite Brethren Biblical Seminary at Canadian Mennonite University, Winnipeg, and represents the seminary on the BFL.