What's New
Leading through the trauma of covid: Part two...
Ask God which town
Where to from here?
CCMBC National Director attends 2022 ICOMB Summit
MCC Canada and MCC Manitoba sell shared property...
The world appears to be growing darker
Sharing a new and unified language
6 reasons to attend the MWC Global Assembly...
One too many
Just one more
Home MB HeraldColumns People of the book? 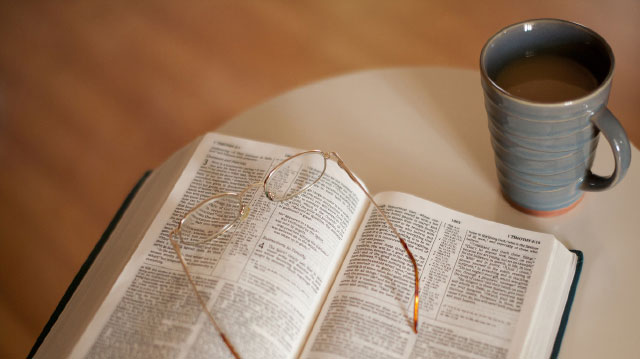 I stopped for a morning coffee and saw an elderly gentleman sitting alone, his Bible open to Jeremiah beside a steaming cup. All around, his peers were boisterous about a hockey game, their grandkids and local politics.

Why avoid your peers for time with a reluctant and seemingly depressed ancient prophet? Isn’t that living in the past? Aren’t there more missional things to be engaged in?

Of course, people of faith know the Word is more than historic ramblings, and the One who is revealed there is the source of our missional motivation.  Scripture sheds light on our politics and relationships, though I’m not sure Jeremiah ever anticipated hockey – except, perhaps, for the human tendency to create idols.

The elders among us, however, are not alone in brandishing this sword of the Spirit. I know a young man who reads his Bible on transit simply to awaken conversations. It works. The soil of his life, seeded by the Word publicly, bears fruit.

Are these two people typical of 21st-century Christians? Are we a people of the Book?

The statistics are telling. The 2014 Canadian Bible Engagement Study found that, of those identifying with the Anabaptist-evangelical traditions, 50 percent read the Bible at least once a week (yes, once a week!), down from 63 percent twenty years previous.

So, no, we are not really people of the Book. We are, it appears, increasingly in the world and of it (what might the percentage be if we were asked if we watch TV once a week?).

But, there is a “yes” to our question as well.

That same survey discovered that, when comparing 18–34 year-olds, 35–54 year-olds and those 55-plus, there was little difference in weekly reading. In fact, the largest 20-year drop was in the 55-plus category. Alarmingly, the generation transitioning into the 55-plus category over the past two decades stopped reading more than any other!

In other words, we actually have a greater problem in weekly Scripture engagement in the generation that ought to be most influential in passing on the faith.

So, may I humbly offer a few more words on the Word?

So, when we percolate in the Word, it engages and changes us, even in a coffee shop.

—Phil Wagler is Training & Team Health Leader with MB Mission. He and his family live in Surrey, B.C., and are members of Gracepoint Community Church.