What's New
A FOCUS on Mission
Must Patience Be So Slow?
Harold Jantz: A Heart for the Mennonite Story
Lorlie Barkman: A Life of Creative Engagement
Last Days, First Days
Women in Ministry: Bertha Dyck
January Moment in Prayer “Holy Spirit—Fill Us!”
The Church as the Patient Body of Christ
Advent: Making Much of Jesus: Christmas Day
Advent: Making Much of Jesus: Fourth Advent
Home News MCC urges governments to respect treaty relationship 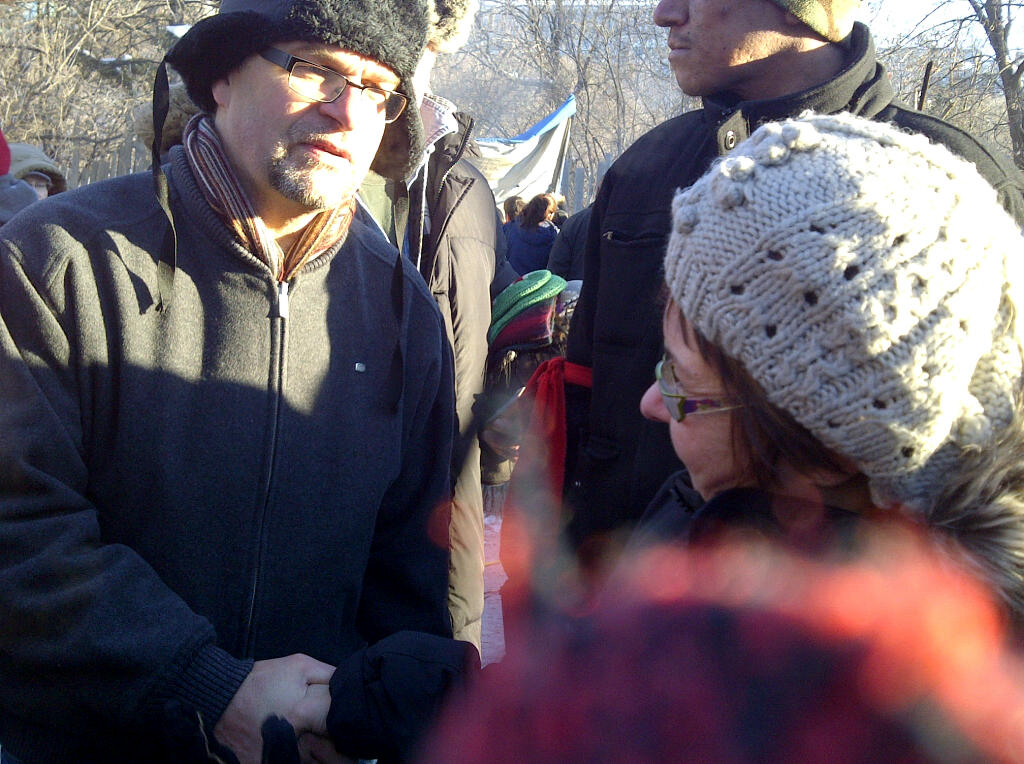 The Idle No More movement and the hunger strike by Attawapiskat chief Theresa Spence have brought global attention to unresolved treaty issues and a broken relationship between Indigenous Peoples and many Canadians.

“I firmly believe this is an exciting time for all Canadians,” says Harley Eagle, a coordinator of Mennonite Central Committee (MCC) Canada’s work with Indigenous Peoples. “It is about resetting and redefining relationships. It is about starting over again.”

The catalyst for the demonstrations and protests is criticism that changes to government legislation affecting land, water, and natural resources were developed without appropriate consultation with First Nations.

“Respectful relationships that recognize the right to self-determination and allow communities to flourish according to their own practices should undergird the government’s response both to daily concerns on First Nations’ reserves as well as long-term issues, such as upholding Treaty rights,” states the letter.

Eagle encourages non-Indigenous Canadians to be part of the process. He would especially like to see congregations and people of faith become more aware of the root causes of injustices faced by Indigenous Peoples.

“The Idle No More movement is inviting other Canadians, beyond First Nations, to ask the Canadian government why conditions are so deplorable for many First Nation communities,” says Eagle. “And why isn’t the nation-to-nation relationship that was agreed upon in the treaties upheld?”

Participants in this grassroots movement, he says, are saying “we won’t be idle anymore – we want to be heard.”

MCC, he says, has not been idle. Through its national and provincial programs, MCC is working with Indigenous and non-Indigenous communities to support activities that promote reconciliation and respectful understanding.

In northern Ontario, MCC has been working alongside Spence’s impoverished Attawapiskat First Nation community for more than 30 years.

—Gladys Terichow is a writer for MCC Canada