What's New
Tibetans in the Neighbourhood
MCC BC and MDS Flood Response and Partnership
Resilient Leadership: Praying against burnout
Boldly advancing the gospel from our knees
MCC sends food and relief to Cubans in...
Robert Dagenais, pastor of the Sainte-Thérèse church, is...
More donated hay needed to help farmers in...
“God’s time was perfect”
Hope and pray every day
Resilient Leadership: The gift of self care
Home News Ten Thousand Villages Canada shuts down corporate operations

WINNIPEG, MB – It is with regret that Mennonite Central Committee Canada announces the closure of the corporate operations of Ten Thousand Villages Canada, its fair-trade social enterprise. This includes the head office and distribution centre in New Hamburg, Ontario, as well as Ten Thousand Villages Canada’s web store, wholesale operations and 10 remaining company stores, with the wind down of all operations completed by June 30, 2020. 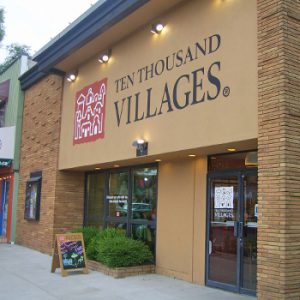 Company stores will gradually liquidate inventory over the coming months, with the last store shuttered by May 29, 2020.

Ten Thousand Villages U.S., a separate entity from the Canada enterprise, is unaffected by the changes in Canadian operations.

“After embarking on an unsuccessful multi-year sustainability process, we’ve made the difficult decision to discontinue corporate operations in Canada,” says MCC Canada executive director Rick Cober Bauman. “With dramatic changes in the Canadian retail landscape and consumer habits, our retail model is no longer viable.”

“We had hoped for a different outcome,” says Interim CEO Brent Zorgdrager. “But we are grateful for the opportunity to have been part of more than seven decades of providing sustainable and fair income for tens of thousands of artisans. In bringing their products to Canadian consumers, we’ve been able to share traditions of beauty and creativity across the globe.”

In 1946, MCC launched what would become known as the worldwide fair-trade movement. Hoping to find a market for the handicrafts made by artisans she had met overseas, Edna Ruth Byler began selling the items out of the trunk of her car. As the project grew, Byler ran the business out of her Pennsylvania basement for more than two decades.

In 1965, this work expanded from the U.S. to marketing in Canada when the Canadian Overseas Needlework and Crafts Project launched in Saskatchewan. In 1972, the first Ten Thousand Villages store opened in Altona, Manitoba (then known as SELFHELP Crafts of the World), with the New Hamburg, Ontario, store and warehouse opening July 1981.

“We’re grateful for the thousands of staff and volunteers who have poured their time and energy into the ministry and vision of Ten Thousand Villages Canada,” says Cober Bauman. “Without these dedicated and passionate men and women, none of this would have been possible.”

Ten Thousand Villages U.S. will continue to operate as usual, including its brick-and-mortar stores and web store, and will begin to ship to Canadian addresses once the Canadian web store has been closed.

An MCC Canada release. For further information or to request an interview, please contact Laura Kalmar, at 204-261-6381 or media@mcccanada.ca.