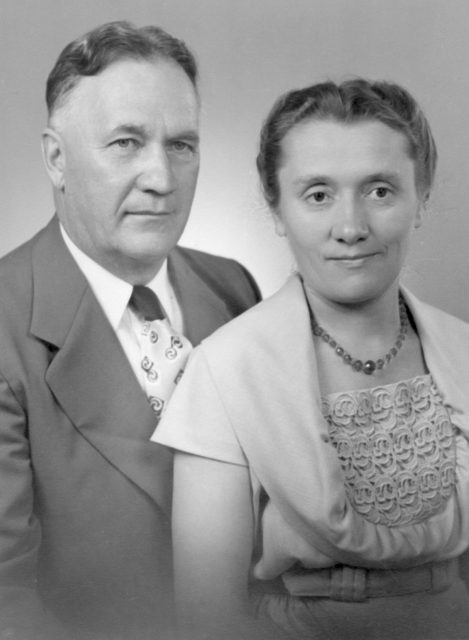 At the end of July 1977, Kaethe Warkentin didn’t need a calculator to total up her first month’s profit — just 26 cents remained in the muffin tin she was using as a cash register. But the few coins that remained would not be lonely for long.

By the end of that year, the newly formed Hillsboro Et Cetera Shop in Kansas would be sending $2,800 every month to fund MCC’s (Mennonite Central Committee’s) relief, development and peace work around the world — nearly $14,000 adjusted for inflation.

The origin of the Hillsboro store is one of multiple stories (thrift.mcc.org/50) that MCC Thrift is celebrating during its 50th anniversary this year. The first MCC Thrift store was established in Altona, Manitoba, in 1972, to sell second hand clothing.

It didn’t take long for the concept to spread, including in Hillsboro. Almost 50 years later, MCC Thrift shops in Canada and the U.S. raised $15.7 million during the 2021-2022 fiscal year.

Warkentin’s motivation to start a thrift shop grew out of her own experience as a little girl in the 1920s. A devastating famine and political upheavals caused deadly food shortages for Mennonites in southern Russia (present-day Ukraine).

It was so bad that Warkentin remembered her grandfather mixing ground-up bark and thistles with the small amounts of rye and wheat he’d hidden away for his family’s survival. She never forgot that it was MCC that arrived with bread and soup for her starving family and neighbours all those years ago.

She survived those hardships in Russia, fleeing the country in 1943, eventually settling in Paraguay. By 1949, she found herself putting down roots in Hillsboro, Kansas, the hometown of her new husband, whom she had met in a Mennonite colony in Paraguay.

A natural with languages, by 1960 she was teaching German, Russian and Spanish language at Tabor College in Hillsboro, putting to work the three master’s degrees she’d amassed. But it was when she retired from teaching in 1977 that her relationship to MCC was significantly reconnected.

Warkentin started collecting clothing donations, hoping to offer a thrifty alternative to buying new clothes for her neighbors while raising some money to fund the organization that had saved her family decades ago. With the support of other Mennonites in the area, she opened the store in July 1977, operating out of the only available real estate in town, the front room of a bowling alley.

After just two months in the bowling alley, the shop moved to a larger building, where Warkentin managed the store for one more year before retiring. In 1997, the continued success of the shop required it to significantly expand and move again to where it stands today in the heart of Hillsboro.

Since its founding, the Hillsboro Et Cetera shop has supported MCC to the tune of a cumulative $1.4 million. And it all started because of one woman collecting cash in a muffin tin in the front room of a bowling alley.

Warkentin died in 2007 at the age of 91. And though she’s gone, memories of her still live on through her family, including granddaughter, Abigail Welborn. It was those memories that encouraged Welborn to give to MCC during the Syrian refugee crisis in 2015.

Remembering her grandmother’s journeys, Welborn researched MCC’s response to people fleeing conflict in Syria and Iraq and decided to give. “I think we often feel a kinship to organizations we have a personal connection with. That’s part of how God uses our stories to motivate what we do.”

Welborn remembers treasured stories of her grandmother’s life on the farm in Ukraine. “It was so foreign to our experience.”

She was shaped by her experiences, though. Welborn remembers hearing how her grandmother would use soup can labels for paper when she was teaching.

“She was thrifty. She’d use the back of everything,” Welborn said. “She was just appalled by the waste in America. She never wasted anything.”