What's New
Abortion, the image of God, and faithful witness...
Choosing motherhood: The sacrifice of honouring life
MWC Assembly small but full of joy
Bad back doesn’t hold back MDS volunteer
Transition in CCMBC National Faith and Life Leadership
Leading through the trauma of covid: Part three...
The church distracted: When the main thing is...
Remote wilderness rescue turns into service with MDS...
How open is your mind?
Following Jesus together across barriers
Home News Communications director resigns

Director of communications Cam Rowland resigned from his 7-year ministry with the Canadian conference, effective after Celebration 2010 in July. 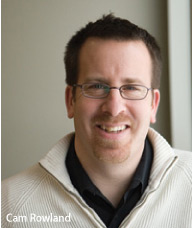 Rowland began at the conference in 2003 as executive director for discipleship ministries, a newly created position. After changes in board structure, he moved to the area of communications and church health. When the coaching aspect of Rowland’s position was handed over to leadership development in 2007, he assumed his current title.

In that capacity, Rowland worked to unify the Canadian conference brand and identity, affecting promotions and events, publications, and conference websites.

Prior to his work at the conference, Rowland served as admissions counsellor and associate director of constituency relations at MBBS (Fresno, Cal.) where he also earned an MA in church ministries, focusing on leadership development. Earlier, he served as youth pastor at Niverville (Man.) MB Church from 1993–1999, after obtaining a BA from Providence College, Otterburne, Man., and completing an internship with South Langley (B.C.) Church.

Cam and Holly, and their 3 sons, are considering possibilities for the future.

Pull out all the stops on one mission