What's New
6 reasons to attend the MWC Global Assembly...
One too many
Just one more
A safe place in Winnipleg
When the sent are sent away
Leading through the trauma of covid: part one...
Church of Lithuania supports Ukraine Christians
A mennonite heart for refugees
A great time for building relationships
Multiply announces new General Director
Home Life & Faithfeature articles Changing Bibles?! Don’t sweat it 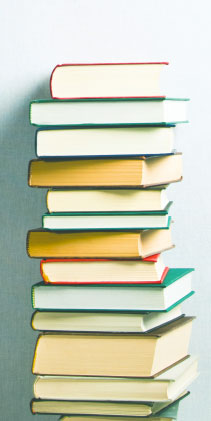 I’m changing Bibles again. As a teen, I read the King James Version (rather unsuccessfully). I began a life-giving journey with the Bible when I started to read the New American Standard (NASB).

Now I’m happily embracing the Common English Bible (CEB). Why does this history of change not bother me?

From the very beginning, the church has used a translation. The Bible of the first Christians was the Septuagint, a translation of the Old Testament into Greek.

Having studied the Bible in both Hebrew (Old Testament) and Greek (New Testament), I am well aware that all translations are interpretations. Multiple interpretations help the reader gain the best understanding of the text.

Language and our understanding of it changes. Study of the ancient biblical languages has improved translations immensely. And translations need to be responsive to changes in our own use of language without idolizing the contemporary.

Although translation philosophies differ, they aren’t right or wrong. Some translations, like the NASB and the NRSV, take a more formal approach by following the cadences and structures of the original languages. Others, like the CEB, are more dynamic as they favour contemporary usage and meanings.

Readability has become a high priority for me. The CEB was tested by 77 readers from 13 denominations who read and evaluated the text as a spoken word. It is probably the most readable of any translation I’ve encountered.

But I’m faced with a dilemma: my new Bible has no underlining, not to mention handwritten notes. How will I know what’s been important to me in the past? How will I know what to highlight in my classes? I could spend hours painstakingly copying all notes and underlining from the old Bible to the new one. However, I have a tendency to pay attention only to the underlined parts.

I’m afraid I’ll have to learn some things as if for the first time. I might have to be open to seeing things that I’ve never seen before.

Gordon Matties is professor of biblical studies and theology at Canadian Mennonite University, Winnipeg, and a member of River East MB Church. He contributed Bible study commentary to the CEB and recently authored the Believers Church Bible Commentary on Joshua.

Kao and Si, sisters in Christ

SMBC loves to read – the Bible

How will I engage the Bible