What's New
A FOCUS on Mission
Must Patience Be So Slow?
Harold Jantz: A Heart for the Mennonite Story
Lorlie Barkman: A Life of Creative Engagement
Last Days, First Days
Women in Ministry: Bertha Dyck
January Moment in Prayer “Holy Spirit—Fill Us!”
The Church as the Patient Body of Christ
Advent: Making Much of Jesus: Christmas Day
Advent: Making Much of Jesus: Fourth Advent
Home News Bring your church to friends

Bring your church to friends 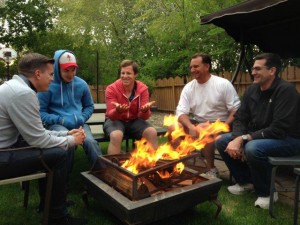 A gathering of The Compass Church

How is that possible?

The secret is in their structure. Both congregations are made up of smaller groups, each with their own leadership and personality. What we call “a ‘gospel community’ isn’t a Bible study or a meal or prayer meeting or counselling session – it’s all those things and more,” says Grace pastor Murray McLellan. “It functions like a team of missionaries.”

It’s not a big step from gospel community to church plant. The 60 members of Grace’s three gospel communities in Warman began gathering locally instead of driving to the Saskatoon gathering – which was becoming crowded. Grace began the Warman services in the evenings, so the two locations could share sound equipment until they have funds to duplicate.

The leaders were already in place: each gospel community has a leader who does the work of a pastor, says McLellan, “and as their gifts are realized, we give them financial support, so they can take time away from their day jobs.” Warman gospel community leader and planting apprentice Mark Janzen also works for a construction company. With the exception of McLellan, who left part-time teaching to pastor full-time in 2013, all Grace’s leaders are bi-vocational.

But planting isn’t without challenges: Grace Saskatoon sent all but one of their music leaders to Warman. “God tells us to give our best,” says McLellan, “In some ways, this is a fresh start for both congregations.”

In Warman, someone has already made a profession of faith. “People have been praying for another church to start in Warman,” says McLellan. 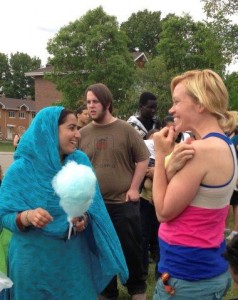 “Churches once assumed that if we plant our flag, people would wake up on a Sunday and come to us,” says Compass pastor Blair Allen, but there’s been a cultural shift. “Now we’re saying, ‘How can we take the good news to their soccer fields and theatres?’”

Like Grace Fellowship’s gospel communities, Compass’s missional communities are outward focused: they serve in seniors’ homes and start conversations in coffee shops. At Compass, “we are the church, and gathering on Sunday is only part of what that means,” says Allen. “We’re asking: What does it look like to go from being attenders to missionaries?”

In March, about 50 of Compass’s 200 “missionaries” began worshipping together on Sundays at a school in north Regina. North Regina’s “core team” has been meeting for a year learning the church’s DNA with planter Luke Etelamaki; they’ll continue as leaders in the new church. A separate “launch team” commits to running the service for the first three to six months, while training new leaders to take their place.

From its beginnings, Compass has developed leaders for future church plants and saved funds in a church planting account. Both North and East plants will continue giving back into fund for the next plant, which Compass expects to grow from a missional community already meeting in southwest Regina.

“Our stats show 70 percent come on to church the arm of a friend, and 11 percent through social media engagement,” says Allen, but the goal isn’t to get someone to church and let the pastor take over. “We want to train people to disciple the friend they’re bringing.”

A lot of people at Compass are returning to church after being turned off in their youth, others are new to exploring faith. “Many people are engaging weekly with the gospel through Compass,” says Allen, “even if they’ve never been to our church.”