What's New
Through the conflict, life carries on in Ukraine
A FOCUS on Mission
Must Patience Be So Slow?
Harold Jantz: A Heart for the Mennonite Story
Lorlie Barkman: A Life of Creative Engagement
Last Days, First Days
Women in Ministry: Bertha Dyck
January Moment in Prayer “Holy Spirit—Fill Us!”
The Church as the Patient Body of Christ
Advent: Making Much of Jesus: Christmas Day
Home Life & Faithfeature articles What I like about Lent 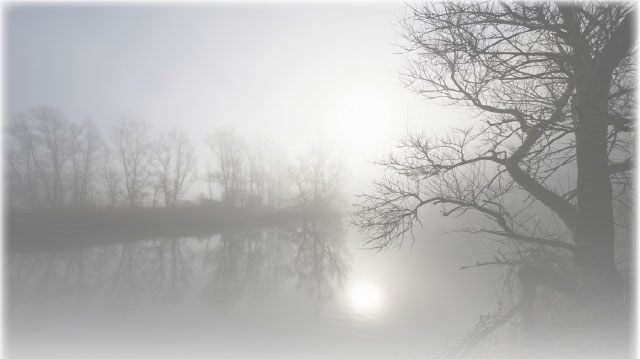 Lent was not part of my experience growing up in a Mennonite church. It was something that “others” did (read: Catholics), and when one is young, what those others do often seems vastly inferior to what one’s own people do. We celebrated Good Friday and Easter and that was enough. Lent had an aura of gloominess and “works righteousness” about it, and we were beyond all that striving and uncertainty and climbing the stairs to heaven on our knees. (I speak as a child.)

But in the meanwhile, many Mennonite churches, including my own, have adopted various practices of the liturgical calendar, and I’ve come to appreciate Lent’s invitation to reflection, to deep consideration of Christ and the cross, to give up or to take on. To see oneself as one is: as in the words of Thomas Merton, “I walk from region to region of my soul and I discover that I am a bombed city.” To hear oneself named “Beloved” in the midst of that desolation.

One can do this any time, of course, but Ash Wednesday with its formal beginning and the six Sundays leading up to Easter with their liturgies and sermons and reminders are helps along the way.

So it’s a good time. But one of the things I like best about Lent is that it’s not a big deal in the wider culture. It’s not commercial. Having ashes imposed (I love that word for this ritual) to mark repentance and awareness of being “dust” seems by now, in fact, the strange activity of a strange minority.

Oh, I know Mardi Gras is a big party and that many people participate in some form of Lent. I also know that Lent can take on a kind of trendiness. Just the other day, I caught myself asking someone – casually, as if inquiring about the latest flavours at Starbucks – what they were giving up for Lent. As if it were any of my business. (It’s a fast, isn’t it?)

But mostly, Christians observe this odd season quietly, almost underground, like seeds swelling for the resurrection, while the real days get longer and winter turns to spring, while the “news” plays out in the world, while ordinary life continues. There are no cards to send or gifts to buy. No advertisements guilting us into spending, like at Christmas or the Hallmark holidays. No aisles of Lent toys or candies. No Lent carols playing in the malls. And nobody shouting, “Happy Lent!”

Dora Dueck is a writer and recent winner of the High Plains Book Award for short fiction. She lives in Winnipeg and blogs at doradueck.wordpress.com. This piece originally appeared on her blog on
Feb. 22, 2010.

The handiwork of God

The Season of Lent

“But . . . many Mennonite churches, including my own, have adopted various practices of the liturgical calendar . . . .”

Why should this be? Why are Mennonites, who historically held strongly to New Testament teaching, now gravitating to human-invented state-church-inspired calendrical observances?

This tendency is not motivated by Scripture, and receives no encouragement from the New Testament. Indeed, the apostle Paul is scathing in his rebuke of such practices: “You are observing special days and months and seasons and years! I fear for you, that somehow I have wasted my efforts on you.” (Galatians 4:10f.)