What's New
Leading through the trauma of covid: Part two...
Ask God which town
Where to from here?
CCMBC National Director attends 2022 ICOMB Summit
MCC Canada and MCC Manitoba sell shared property...
The world appears to be growing darker
Sharing a new and unified language
6 reasons to attend the MWC Global Assembly...
One too many
Just one more
Home Life & Faithfeature articles Volunteers: a world of good 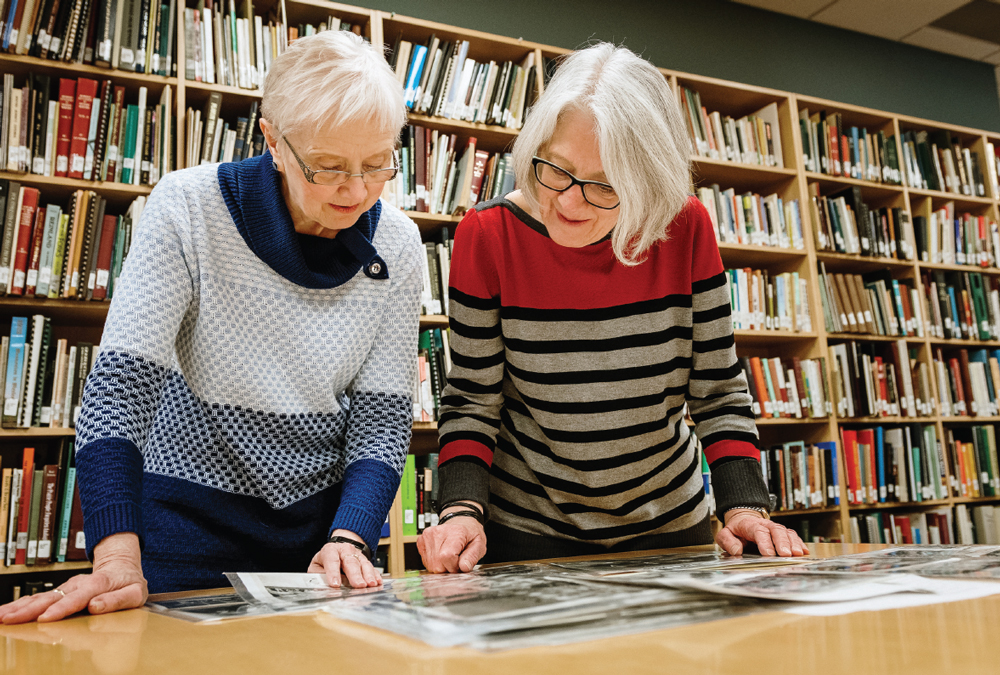 “Volunteers are attracted by the cause and they’re kept by the people,” says Shelley Campagnola, executive director of the Mennonite Coalition for Refugee Support (MCRS), consultant in organizational transitions, and member of WMB Church, Waterloo.

Attracted by the cause

It’s easy to be drawn to MCRS’s mission: “We are in the business of helping save people’s lives,” says Campagnola. MCRS assists people from 45 countries fleeing persecution and oppression to complete their refugee claim process, access legal and settlement supports, and find community in Canada.

MCRS’s volunteer coordinator tells volunteers in every monthly newsletter: This many people got a Yes that they can stay in Canada and you (whether receptionist, translator, or board member) were a part of that story.

Some of MCRS’s volunteers have been refugees themselves. “The fact that they can now help someone else means everything to them,” says Campagnola.

At Camp Evergreen, half of the 70 workers it takes to run the camp each week are volunteers. “If volunteers see campers coming to know Jesus, they become invested,” says Bob Kroeker, executive director. He says campers often return as volunteers to give someone else the experience they enjoyed.

Similarly, Multiply Central Canada’s volunteer coordinator Karissa Durant serves at The Meeting Place because of what she received.

When she was invited to be a young adult Bible study leader last year, Durant recalled the ways her own leaders discipled and welcomed her as a first-year university student exploring Christianity.

“I wanted to invest in others the way they invested in me,” she says.

Passing on the stories they lived and loved as children motivates the volunteers at the Centre for MB Studies (CMBS), Winnipeg, says director Jon Isaak.

Many of them have fond memories of MB conventions – families would plan their vacations around MB gatherings.

“They grew up with conversations about conference at the supper table,” says Isaak. “They are carrying forward the love and concern they saw modelled in their own homes.”

Retired elementary teachers Kathie Ewert and Clara Toews have been volunteering at CMBS twice a month for 13 years. The graduates of MB Collegiate Institute and members of McIvor MB Church bring years of MB memories to the work.

“I started because I was newly retired and wanted to do something useful,” says Ewert, who delights in her discoveries, including Russian midwife records from the 1800s and her grandfather’s name on a map.

Much of their time is spent scanning and identifying photos for the Mennonite Archival Image Database (MAID). “Each face in each photo has a story,” says Toews. “Their stories are linked to who we are now.”

“They served; they suffered; they matter. I love giving them a name.” 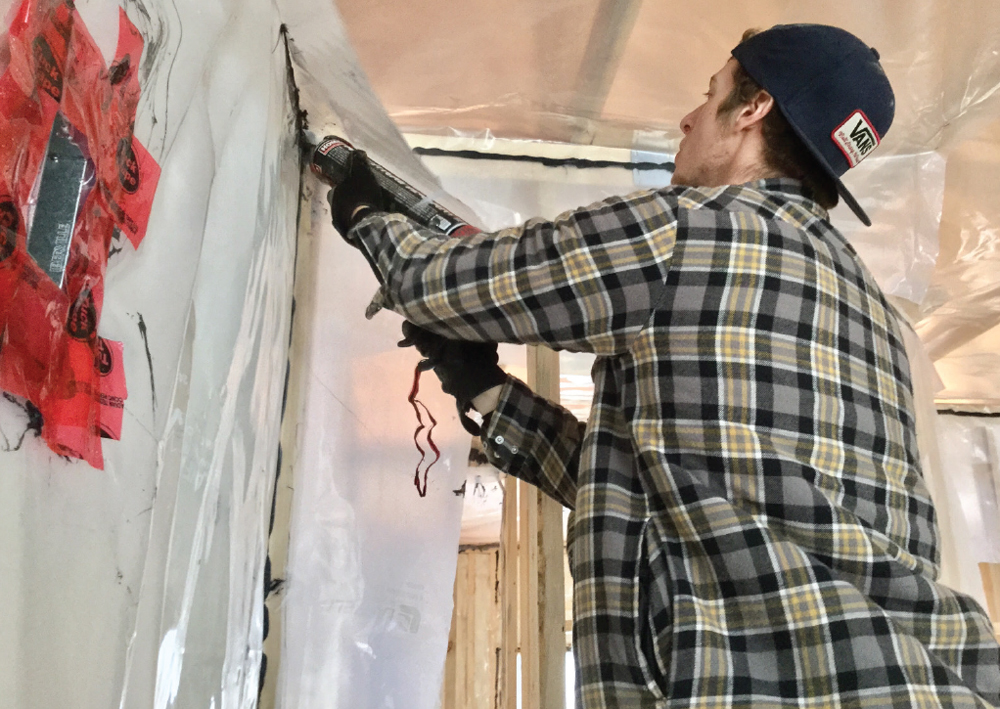 Kept by the people

People begin volunteering because of a cause, but it’s the way others treat them that determines whether they will return.

Durant’s favourite part of volunteering is “working together with others and interacting with those I am serving and hearing their stories.” Even three hours of peeling vegetables for an outreach dinner became enjoyable “because of the relationships created by spending time with the other volunteers.”

Levi Willems, a volunteer youth leader at La Salle (Man.) Community Fellowship for six years, says what makes the experience meaningful for him is the people he serves and the team he serves with.

“Being part of a community is huge,” he says, “And those who are willing to step outside themselves are the kind of people I would love to be in community with.”

“We treat our staff and volunteers very similarly,” says Kroeker. “My goal is to give each camp volunteer a good experience so they will not only want to return but bring a friend with them.”

Campagnola tells of one MCRS translation volunteer, an immigrant hurt by having her skills unrecognized in Canada, who cried with joy over a hand-signed card from the staff, saying, “Not only did I get to use my skills, but I’ve never been treated like this before.”

“She’s all in!” says Campagnola. 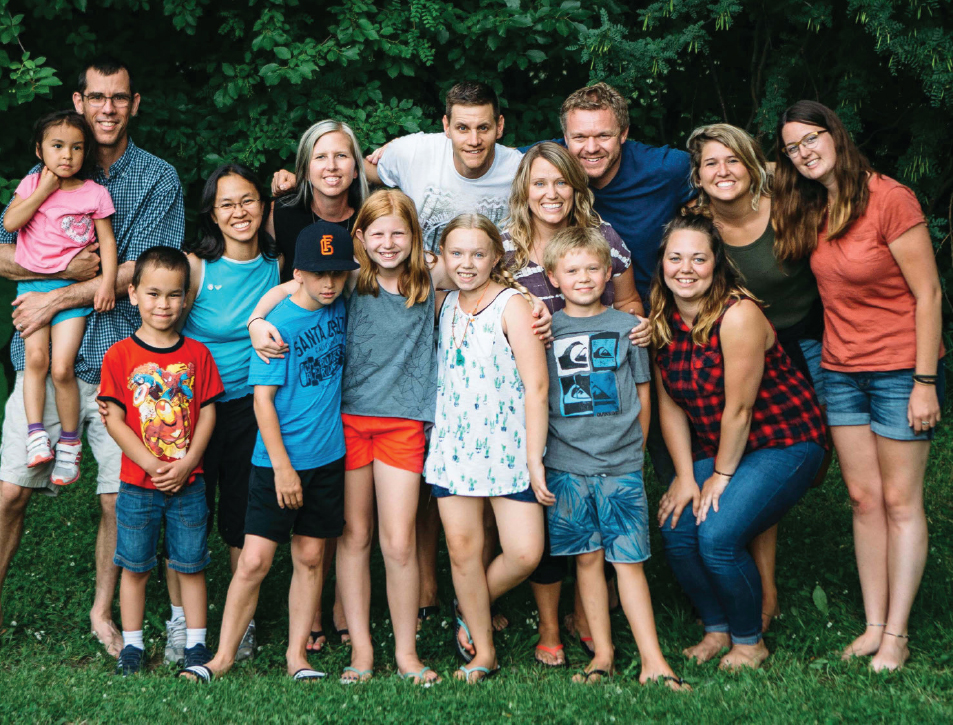 A place to grow

“I saw Bible study leading as an opportunity to get to know people in my church better and learn from those who had been volunteering in this capacity for years,” says Durant. “I knew that not only would I get to impact other’s lives, but I would be challenged to grow as well.”

If word gets out that you offer a place where people can grow, you won’t have trouble finding volunteers, says Campagnola.

Camp is one such place, where youth learn valuable skills that “make becoming a servant leader almost a natural transition,” says Kroeker.

“It’s exciting to see volunteers who are scared to speak in public grow to the point where they can talk and pray in front of people.”

“There’s no place to hide at camp,” says Kroeker. “Everyone has to work together, and so, for some, serving becomes a way of life – almost like peer pressure to serve.”

“We don’t dictate what volunteers do or how,” says Campagnola. “We tell them, ‘Here are the outcomes we want; we’ll walk with you to get there.”

A chance to give their all

When asked, Does the church ask too much or too little of volunteers? Campagnola’s answer is a definite yes.

“We don’t ask enough in terms of seeing everyone around the table as bringing wealth,” she says. Sometimes a hierarchy that sees staff as the experts undermines the gifts and perspectives of volunteers.

“I am motivated to volunteer if it costs me something,” says Willems.

“I have heard many voices within culture say that my life will be fulfilling when I pour all my time, energy, and money into living for me, but selfish living only leads me to realize my own brokenness and emptiness.

“My soul longs for something that is bigger than me.”

The choice to say when

“On the other side,” says Campagnola, “churches ask too much of volunteers when we keep coming back to the same people to fill the gaps we can’t find anyone else to fill. We overstretch the faithful ones – and we wear them out.

“When people say, ‘This is the time commitment I can give,’ that must be respected.” Positions need a beginning and an end.

“We have to give permission to people to say, ‘I need a break,’” she says. “When people can give the best of themselves, we get the best.”

Isaak agrees. “Don’t use guilt,” he says. “Be open to the Spirit and ready to shut down things that aren’t working.”

Isaak’s congregation, River East Church, combined Sunday school classes and dropped two committees due to volunteer shortage and church revisioning. However, they have many who give their time sacrificially in other ways like resettling refugee families. Isaak says part of the difference is that refugee sponsorship is a clearly defined one-year commitment.

“You have to have the long view,” says Campagnola. “If God is in it, he will provide the resources. If you don’t have enough people to do what you were planning on doing, maybe you need to change the plan to match the resources he has given.

“How do we get the same outcome in a different way, so these 8 people have a great experience?”

“That’s the space where God shows up,” says Campagnola, “and shows us that it’s his ministry through us, and not us doing ministry for him.” 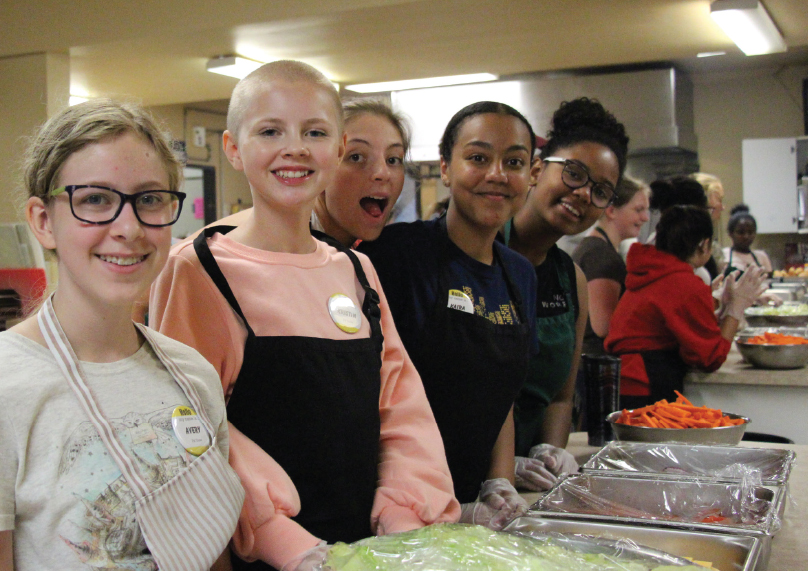 “A big reason I chose this role was that I was invited into this role,” says Durant. “That invitation to lead involved not only a ‘shoulder tap,’ but someone acknowledging that my personality and gifts were good and needed.”

If our focus is only on finding enough hands to run a program, we’re doing everyone a disservice, says Campagnola.

When Campagnola accompanied her son to find a church near college, they had two very different experiences on the same morning. At the first church, they heard, “You’re from the college? Good: we can get you working with our youth.”

At the second church, the pastor said, “Take time to get to know us, and we’ll take time to find out how to come alongside you.”

Because of the way the second church treated him, her son stayed, even after graduation, so he could continue to serve in multiple ways – including by mentoring youth.

Regarding her own volunteer role as ONMB’s board treasurer, Campagnola says she occasionally questions the time commitment.

“But then I think, ‘I can’t walk away!’” she says. “Exciting things are happening, they’re phenomenal people – hungry for God – and this taps into things I can’t contribute anywhere else.”