What's New
Boldly advancing the gospel from our knees
MCC sends food and relief to Cubans in...
Robert Dagenais, pastor of the Sainte-Thérèse church, is...
More donated hay needed to help farmers in...
“God’s time was perfect”
Hope and pray every day
Resilient Leadership: The gift of self care
Project Redemption
Blue Christmas
“Repent, for the kingdom of heaven is near.”
Home News Restorative justice funding reinstated 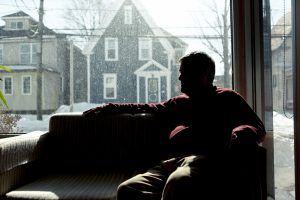 A former core member of an MCC supported Circle of Support and Accountability program run by the Moncton Community Chaplaincy. He wishes to remain anonymous so that he can reintegrate into society without the stigma related to sexual offenders. MCC Photo/Shane Yuhas

MCC welcomes the Canadian government announcement that it will provide nearly $7.5 million over five years to Circles of Support and Accountability (CoSA), which helps convicted sex offenders reintegrate into the community.

CoSA is a national restorative justice organization for women and men who have committed serious sexual offences. CoSA allows the community to play a direct role in the restoration, reintegration and risk management of people who are often seen with only fear and anger.

CoSA emerged from a 1994 experiment in which a group of Mennonites in southern Ontario, with the backing of MCC Ontario, brought together a circle of volunteers to work with one particular person upon his release.

The experiment caught the attention of others and there were soon similar circles across the country, with MCC playing a pivotal role in their development.

CoSA’s model supports newly released and often repeat offenders, who find themselves ostracized because of the nature of their crime. There are two “circles” of support for these core members of CoSA. The “inner circle” involves several trained volunteers who work with the core member to address practical needs while also serving as an emotional support system. The “outer circle” is made up of professionals who can offer training and advice to volunteers.

According to a 2014 report by the Church Council on Justice and Corrections, only two per cent of CoSA-involved offenders sexually reoffended again within three years of leaving jail, compared to almost 28 per cent of offenders who did not have CoSA — a reduction of more than 92 per cent. That rated dropped to about 75 per cent over five years and 67 per cent over a decade.

Over the years the federal government provided some financial assistance to CoSA programs, but initial exploratory funding ended a number of years ago. Some circles managed to forge on with a bare bones budget through donations, some money from MCC, grants or provincial funding, but it wasn’t sustainable.

In Montreal, for example, 45 circles dwindled down to eight in the years following the end of the federal funding. Many staff people had to be laid off and some CoSA sites are run entirely by volunteers.

Daniel, whose last name isn’t being used for security reasons, has been a core member of a CoSA circle in Alberta for seven years. He credits the program with keeping him out of prison and helping him build healthy relationships.

After experiencing years of physical and sexual abuse at the hands of family members, Daniel began abusing girls himself. He was sentenced to more than six years in a federal penitentiary in 2005.

Moira Brownlee, the CoSA program coordinator for MCC Alberta, visited Daniel in prison for several months prior to his release. For the last seven years she has been a part of Daniel’s circle.

“CoSA is very important to me. It was a security blanket for me on the outside. Moira talked to me like I was a person, not a piece of trash from jail,” Daniel explains.

“I have my struggles,” he adds. “I suffer from depression and anxiety issues and borderline multiple personality disorder. It’s a constant struggle for me, day by day. But I always know I can pick up the phone, send a text message and I’ll always have someone on the other end who will talk to me.” 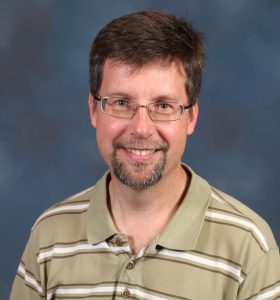 Randy Klassen is MCC’s national restorative justice coordinator, and sits on CoSA Canada’s board and also volunteers in a circle. He says CoSA’s emphasis on supporting and holding people accountable who have histories of sexual offenses is a response to the Christian call to radical hospitality.

“It’s part of the larger vision of MCC to serve where there is need and to create the vision for shalom with those who seem furthest from it and seem the least deserving,” he says.

For people like Daniel who are benefitting from these circles, it makes all the difference.

“I’d still be in prison without CoSA. I’d be lost.”