What's New
A FOCUS on Mission
Must Patience Be So Slow?
Harold Jantz: A Heart for the Mennonite Story
Lorlie Barkman: A Life of Creative Engagement
Last Days, First Days
Women in Ministry: Bertha Dyck
January Moment in Prayer “Holy Spirit—Fill Us!”
The Church as the Patient Body of Christ
Advent: Making Much of Jesus: Christmas Day
Advent: Making Much of Jesus: Fourth Advent
Home Life & FaithBible study Ready for the end

Ready for the end 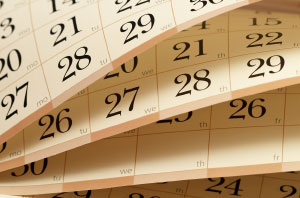 First, there was her bungalow to keep spotlessly clean. Mom couldn’t stand dust, and any spider that dared to show itself was due for a one-way trip to wherever spiders go in the afterlife. Cleanliness also let her kids know she wasn’t ready for the seniors’ home.

Then there were the plants she’d grown from seed, waiting for spring: 50 nine-inch-high tomato vines to share with her children and grandkids, 50 cabbage plants, onion seedlings and four kinds of flowers for her own flower beds – petunias, snapdragons, Sweet Williams and carnations.

There was a half-finished letter to my sister.

The sewing machine was open, the tools spread out. Behind the chair lay a lovely floral print jacket, partly sewn. On the dining room table was another dress pattern and the fabric to make a new dress.

It was reasonable to expect telephone calls from friends and family who called more frequently since Dad passed away two years ago.

Then there was Bible study in the evening.

She had the prospect of many more years, since her mother had lived to 102. She was determined to remain healthy and independent, so she kept her laundry facilities in the basement as another means of exercise.

There was lots to do on April 9.

Sometime between noon and 7 p.m., a stroke attacked. When Marg, her daughter-in-law who lives on the farm across the road, arrived to pick her up for Bible study, a groan called attention to Mom’s location on the floor. The stroke came as a surprise to us all. Initially diagnosed as minor, it turned out to be deadly.

Mom never returned to her spotless house. When I arrived there a week later, the dishes from her lunch – the last meal of her life – were sitting neatly in the drying rack on the counter. True to her reputation as a perpetually prepared hostess, the house was ready for our stay.

In hospital, though mentally clear, Mom was unable to swallow, speak or write. She could communicate only by nodding, shaking her head and some left arm-hand movement.

While Mom was not expecting a stroke on April 9, she was still fully prepared for it.

It was not unusual, after a visit, to receive a telephone call or letter from Mom, wanting to discuss something she had said for fear it had caused offence. Now there was no need for regret, lying there helpless, because she had always been careful to maintain relationships.

Most importantly, Mom kept her relationship with her heavenly Father strong. For Mom, the most important news in the world was the gospel; namely, that Jesus died on the cross for our sins so we could be at peace with God as our Creator intended, that Jesus rose again and was seen by many people, and that each person must surrender to receive the offer of life available to all.

Spiritual disciplines were crucial to Mom. When we were children, Mom paid us to read the Bible: $1 for the entire New Testament, $2 for the whole Bible. As she lay in that hospital bed, Mom’s nonverbal interaction with family made it clear she died confident in the prospect of heaven, surrendered to and in relationship with God based upon Jesus’ death in her place.

My mom miscalculated the number of days she would live. Nonetheless, she had counted her days well in the way that matters. She was completely ready to meet her Maker when the stroke hit. And when death came ten days later on Easter Saturday, she witnessed Easter in heaven.

—Marvin Dyck is pastor of Crossroads MB Church, Winnipeg. A version of this article first appeared on the church blog.

We have reason to praise