What's New
Leading through the trauma of covid: Part two...
Ask God which town
Where to from here?
CCMBC National Director attends 2022 ICOMB Summit
MCC Canada and MCC Manitoba sell shared property...
The world appears to be growing darker
Sharing a new and unified language
6 reasons to attend the MWC Global Assembly...
One too many
Just one more
Home Life & FaithBible study Power to transcend 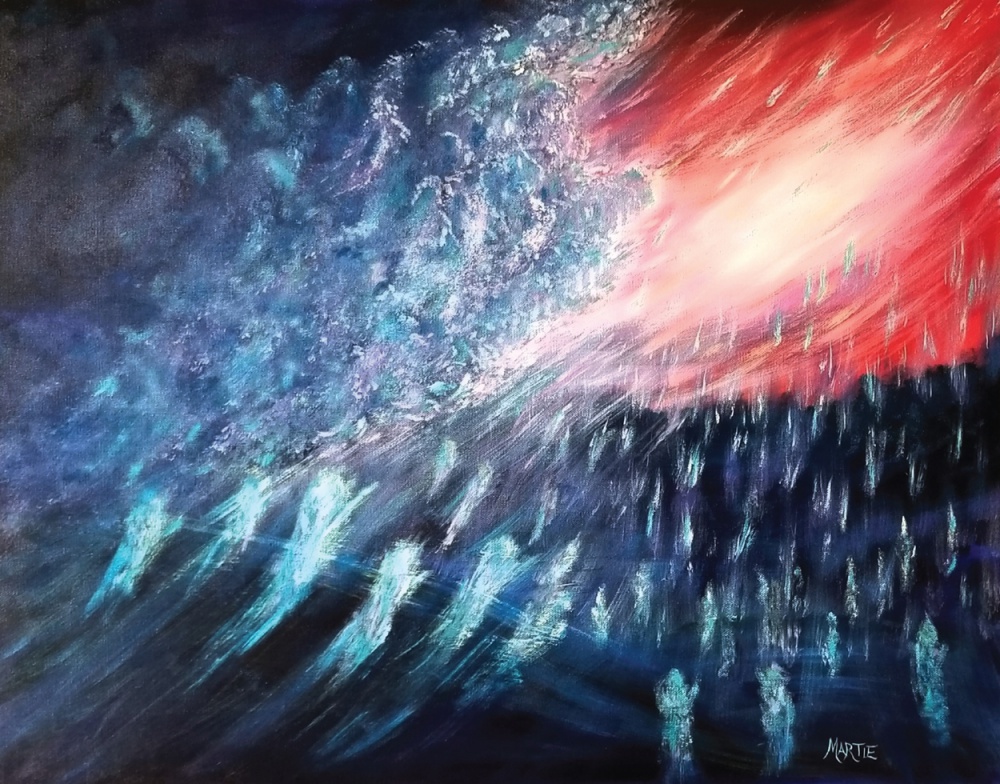 From Good Friday to Easter

I once attended a men’s prayer breakfast during which speaker Neil Klippenstein told one of the most painful and encouraging stories I ever heard.

Before an accident, Neil worked in the construction industry. He was an avid outdoorsman and an enthusiastic motorcyclist. Neil also told us about how he found forgiveness in Jesus as a child and always did his best to live as a disciple of Christ. As his speech unfolded, it became blazingly clear that he meant it.

On a sunny August day in 2011, Neil’s world changed forever. While waiting at a red light, his motorcycle was struck from behind by a car driven by a distracted driver. Neil miraculously survived. The impact paralyzed him from the neck down.

As I listened to his amazing testimony of faith, questions were swirling in my mind. How would I respond to such a senseless accident? Would I maintain hope and transcend the desire to hate or scream at God in anger? Would I be able to make sense of something like that?

Stories of dashed hopes, unfulfilled aspirations, bitter disappointments, and injustice litter the human landscape. Is what we see all there is?

If, as atheists like Peter Singer, Richard Dawkins, and others claim, there is no personal and loving God, then we might as well admit that our existence is a farce inadvertently designed by a cold and impersonal universe. Our desire for justice, for meaning and purpose, is just a cruel illusion to be tossed aside like yesterday’s newspaper.

But what if these atheists are wrong? What if there is indeed a fulcrum, a centre, an infinitely powerful entity from whom all reality originates, and who loves each one of us? Is there any way to know?

A promise of something new

I believe there is, and it all hinges on two inseparable events: the death and resurrection of Jesus Christ.

Good Friday and Easter morning are the most pivotal and earth-shaking occurrences in human history. They transcend space and time. Together, they constitute the pillars that structure reality.

Good Friday signals the death of the Son of God for all sins: past, present, and future. It represents an infinitely valuable sacrifice offered to meet the requirements of divine justice. “He is the atoning sacrifice for our sins, and not only for ours but also for the sins of the whole world” (1 John 2:2).

But without the empty tomb, Good Friday is pointless. The resurrection is the ultimate demonstration that Jesus Christ is the way, the truth, and the life. It’s the proof that the gospel message is not just some pleasant fable we tell each other to mask the meaningless chaos of human existence. But that’s not all.

The resurrection is also God’s final word on the meaning of the story that has been unfolding since humanity’s creation. And the final word is…LIFE. Our Lord’s victory over death is the promise that this painful reality will one day come to an end and be replaced by something new.

The resurrection is the promise of restoration.

An explosion of life and glory

If Jesus Christ did not rise from the dead, this universe and all the wonderful things that are in it will end in a whisper. Without the resurrection, there is no hope for any of us (1 Corinthians 15:19–20).

But the tomb was empty. Christ did rise from the dead. This universe will not end in a whisper but will be dismantled down to its most elemental components and brought back in an explosion of life and glory (2 Peter 3:12–13).

The resurrection of our Lord is the promise that all those who have put their faith in Jesus Christ will be transformed. This dying body will be discarded, and all of us will be given a new body that will never grow old and die. All tears will be wiped away. And we shall live in a new world free of pain and evil, forever in the joyful presence of our Lord.

For Neil, whose life was irrevocably changed by a distracted driver, Good Friday enabled him to forgive. Neil had sought and received forgiveness for his sins as a little boy; now it was his turn to extend the same to someone else.

Remember, though, that the forgiveness Neil extended wasn’t just the kind gesture of an exceptionally good man. We forgive others on the same basis God forgives us: the sacrifice of Christ.

The resurrection of Christ gave Neil the ability to transcend the feelings sparked by his circumstances, and to look forward to the fulfillment of all things.