What's New
How sweet the sound
One MCC Thrift Store Began With a Few...
A Hunger for Conversation
Getting the mental and emotional rest you need...
The Patience of God
2023 Spirit of MDS Fund accepting grant applications
October 2022 update from the CCMBC Executive Board
Arnold Community Church hosts block party to thank...
When Spring returns
An autumn reset
Home Life & Faithfeature articles Paraguay’s lessons in diversity 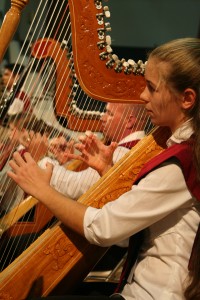 Experiencing the variety of Paraguay’s Mennonites proved instructive for visitors and valuable for Paraguayans too.

“In your history, your diversity, and your vitality, you incarnate the past, present, and future of the global Anabaptist church,” he said during the evening worship service July 18.

In interviews, conference-goers from Paraguay said the assembly brought the country’s Mennonites closer.

Jakob Warkentin saw benefits both for indigenous and for German-speaking Mennonites.

“It is important for the indigenous people to see that to be Mennonite is not to be white, but also black or brown,” he said. “It is a matter of belief, not of culture and heritage.”

And for German speakers, Warkentin said, worshipping in Spanish at the conference meetings taught an important lesson.

“Here we are in step with the indigenous people, because Spanish is not the mother tongue for either of us,” he said. “So we adjust to that, we learn from that.” 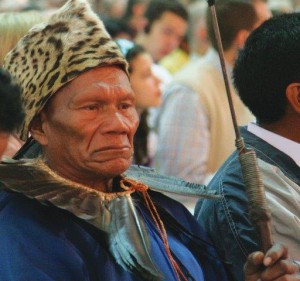 In a workshop, indigenous Paraguayans told of being drawn to the Christian faith and later to a Mennonite identity.

Since the first baptisms of seven Enlhet men in 1947, the indigenous churches have grown to include 8,300 members in three conferences: United Enlhet, Enlhet Mennonite Brethren, and Nivaclé Mennonite Brethren.

Today, many indigenous churches are third-generation congregations. Still, for some, a Mennonite identity is relatively new.

“No one told us we had to be Mennonites, so it’s only in the last generation that we realized we are part of the Mennonite faith,” said Victor Perez. “Mennonite has less to do with the colour of your skin than your faith.”