What's New
Delete or not to delete, that is the...
Believers bring water for drought baptism
Encouragement to those in the arena
Keeping attention and making an impact: A few...
Open hands to reconciliation
From the editor
Approaching truth and reconciliation with love in our...
MB Seminary offers new MA in Transformational Leadership...
Multiply August Ukraine Updates
Book Review of Return Stroke: Essays & Memoir...
Home News Overheard 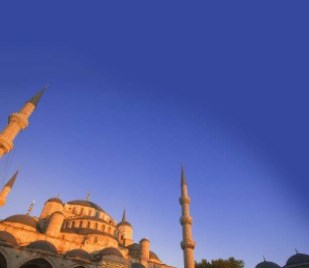 Large communities of Muslims and Christians in the world will continue to make the best case they can for their faith communities. Polemic will continue. But polemic need not lead to acrimony. Will the partners in the conversation be able to respect each other in spite of their disagreements? The first act of respect for the partner is to acknowledge differences.”
—Gordon Nickel, “‘A Common Word’ in Context,” www.quranandinjil.org

“Christians recognize that the gospel both challenges and enriches cultures. Even when the gospel challenges certain aspects of cultures, Christians are called to respect all people. Christians are also called to discern elements in their own cultures that are challenged by the gospel.”
—“Christian Witness in a Multi-Religious World: Recommendations for Conduct,” a document signed by the World Evangelical Alliance, World Council of Churches, and the Vatican, representing more than 90 percent of the world’s total Christian population

“The theme of salvation leads into the center of Biblical faith and to the main difference between Islam and the Christian faith. We should thank Muslims that they challenge us to think about the central teachings of the Bible. This challenge could help liberal Christian theologians to find their way back to the core of the Biblical message.”
—Eberhard Troeger, Direction, Spring 1994

“The Scriptures command us to be gentle and kind to unbelievers, not because we are not at war, but because we’re not at war with them (2 Timothy 2:26). When we see that we are warring against principalities and powers in the heavenly places, we can see that we’re not wrestling against flesh and blood (Ephesians 6:12). The path to peace isn’t through bellicosity or surrender, but through fighting the right war (Romans 16:20).”
—Russell D. Moore, in Christianity Today, September 2011

“9/11 was a game changer for a lot of us. We asked, what does the gospel mean in terms of a Christian response? Are we going to hunker down in fear and hate people? Or are we going to understand that we’re all sinful and separated from God, and that it’s incumbent upon us to bring the Good News of Jesus Christ to all sorts of people, including those who might be perceived to be our enemies?”
—Robert Bugh, Wheaton Bible Church senior pastor, in Christianity Today, September 2011

“Any evangelism is love. If we show real love, they will be drawn to Jesus. I have 500 Muslims in my church. I have never ‘evangelized’ them. I never go knocking on their doors. But what we have done is show them real love and kindness in our church’s ministries of compassion – food distribution and the like. They see that we as Christians care about them, and they want to come and worship as we do.”
—Andrew White, the “Vicar of Baghdad,” in Christianity Today, September 2011

“Christians affirm that while it is their responsibility to witness to Christ, conversion is ultimately the work of the Holy Spirit (cf. John 16:7–9; Acts 10:44–47). They recognize that the Spirit blows where the Spirit wills in ways over which no human being has control (cf. John 3:8).”
—”Christian Witness in a Multi-Religious World: Recommendations for Conduct”