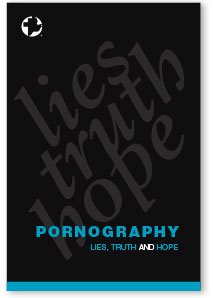 Coinciding with next month’s study conference, Mennonite Central Committee will release a new booklet on the topic of sexual addiction, Pornography: Lies, Truth and Hope. Replacing MCC’s 2005 pamphlet, Pornography: The Secret Sin, the new resource (both by Linda Gehman Peachey) addresses the changing face of addiction over the last decade.

“MCC is uniquely situated to see that pornography is a moral issue, it’s a personal sin issue, but we also see the structural consequences,” says MCC restorative justice coordinator Stephen Siemens. “Working with survivors of domestic violence, or men who abuse as well, pornography is something that is almost assumed. It’s a kind of gateway to a lot of more dysfunctional actions.”

The new pamphlet addresses this gateway nature of pornography addiction, as well as recognizing that it’s no longer only a “man’s problem.” Peachey creates an accessible resource for both men and women struggling with pornography, and for churches looking for guidance in learning about and dealing with the consequences of addiction.

“How can the kingdom of God move forcefully through men and women, young people, and families if we are suffocating in lust and pornography?” says Siemens. “How will the people of God hear the majestic and powerful voice of the Holy Spirit – who breaks strongholds and shatters injustice – when we are addicted to pornography?”

I was engaged to a Mennonite man who is addicted to pornography. This stuff creates an unrealistic opinion of women. Also to mention, the women who work in these films aren’t always doing the work by choice. They are sometimes slaves.

Sadly, his Mennonite family supported what he’s doing so I called off the wedding. It’s just so sad to see where society is heading.