What's New
Abortion, the image of God, and faithful witness...
Choosing motherhood: The sacrifice of honouring life
MWC Assembly small but full of joy
Bad back doesn’t hold back MDS volunteer
Transition in CCMBC National Faith and Life Leadership
Leading through the trauma of covid: Part three...
The church distracted: When the main thing is...
Remote wilderness rescue turns into service with MDS...
How open is your mind?
Following Jesus together across barriers
Home News MCC assists those fleeing Central African Republic 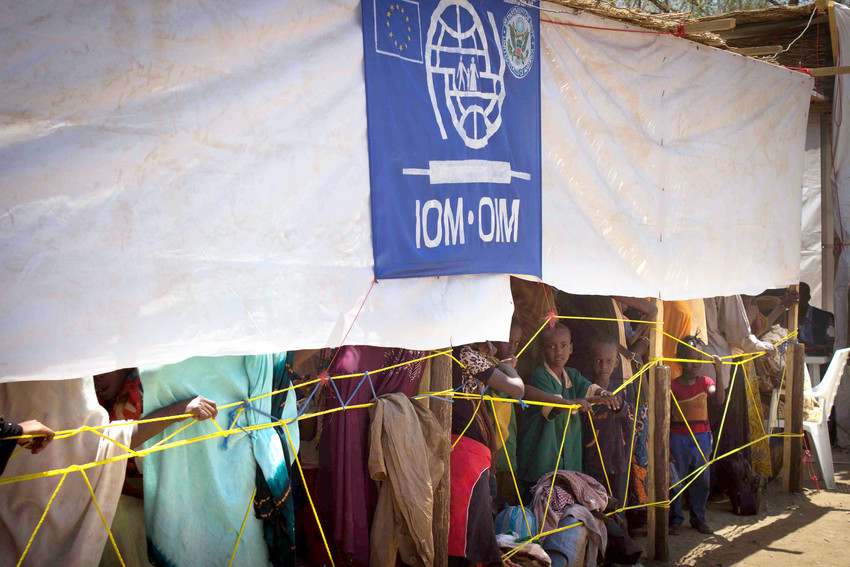 Refugees from Central African Republic wait to register at a transitional refugee camp run by the International Organization for Migration in Moundou, Chad, where MCC is providing food and mosquito netting for some of the most vulnerable people. PHOTO: Alex Hurst

Forced from home by fighting in Central African Republic, hundreds of thousands of people are fleeing to neighbouring countries.

At a transitional refugee camp in Moundou, Chad, about 95 kilometres from the Central African Republic border, Mennonite Central Committee (MCC) representative Angela Austin was struck by their plight.

“For the hundreds of people arriving daily, many have gone for five days without any food at all,” Austin said. “There are women, children, sick and elderly people within these groups.”

In late March, Austin an MCC representative in Chad, visited the camp, run by the International Organization for Migration.

“What broke my heart perhaps more than anything,” she says, “was when I visited the camp, it was as if this was everyday life. It speaks to their strength, their resilience. They are doing what needs to be done for the sake of their families.”

Through a long-time partner in Chad, Bureau d’Appui aux Organisations de Base or Baobab, MCC is providing meals and mosquito nets to 150 of the most vulnerable residents of the camp.

MCC’s effort focuses on those who are too ill or weak to cook and orphans or other children who do not have adults travelling with them. From April to June they will receive two cooked meals a day, such as millet or rice and fish or meat.

Austin says the camp originally planned to provide a meal to all people as they arrived, but the numbers were overwhelming and resources dwindled quickly. Three hundred to 800 people arrive each day; sometimes as many as 1,000.

Now new arrivals are given only an energy biscuit, a dry bar that helps provide nutrients including protein. After that, people receive rations of dry grains and oil.

The camp is meant to house people for only a few days. However, exceptions are made for those who are too ill or weak to travel or have nowhere else to go.

Since December 2012, violence in Central African Republic has left thousands dead. An internal conflict, which began as a rebel coalition seizing power, became a violent conflict between Christian and Muslim militias.

The United Nations estimates that more than 700,000 people are displaced within the country and nearly 300,000 others are seeking refuge in neighbouring countries.

Thousands of Chadians living in Central African Republic have fled to Chad, along with many other nationalities.

A major emphasis of MCC’s work in Chad in the last few years is workshops intended to build relationships and peace skills between Christian and Muslim leaders to help prevent the sort of violent conflict haunting Central African Republic and other central African countries.

Read about these workshops and MCC’s work with Baobab, in the Spring 2014 issue of MCC’s magazine, A Common Place, at acommonplace.mcccanada.ca.

View this story at mcccanada.ca.