What's New
Boldly advancing the gospel from our knees
MCC sends food and relief to Cubans in...
Robert Dagenais, pastor of the Sainte-Thérèse church, is...
More donated hay needed to help farmers in...
“God’s time was perfect”
Hope and pray every day
Resilient Leadership: The gift of self care
Project Redemption
Blue Christmas
“Repent, for the kingdom of heaven is near.”
Home News Local church supports cross-cultural workers 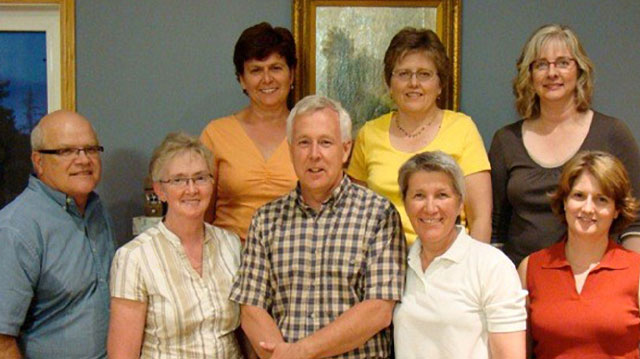 Joan and James Alty have lived and served in South Africa for six years, but they still feel attached to their Canadian home church, Crossroads Mennonite Brethren, Winnipeg.

The couple, serving with Mennonite Central Committee, stay connected through a sending support team, a small group of people ready to support them in a variety of ways.

“Our ministry is a shared ministry with Crossroads,” says Joan. “We are part of a wonderful church here, but we still feel very much part of our church at home.” 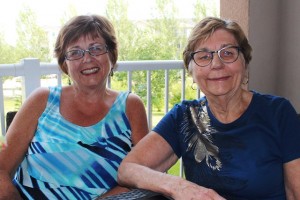 These teams prepare and support cross-cultural workers before they leave, during their service and when they return home.

Each team has at least five roles: a logistics coach, communication coach, prayer coach, financial coach and re-entry coach. Over the years, Crossroads has formed six teams for mission workers.

“Through sending teams, our congregation has grown in understanding of missions,” says Grace, who was herself supported when she served for three months in Japan with MB Mission last year.

“We are a sending church where everyone is sent – some serve in cross-cultural ministries, others in local ministries,” says Ruth. “Our goal is to be intentional about expressing our faith through words and action.”

In January 2016, the Altys, currently serving as country representatives, will transition to a new five-year term as area directors for Southern Africa. 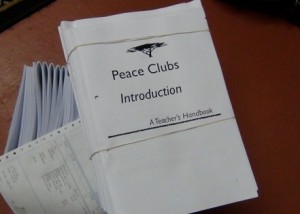 As MCC workers, they don’t require financial backing from the church, but they appreciate how their sending team and the congregation support them in many other ways.

When a windstorm damaged the siding of their Winnipeg home, they didn’t have to worry about the repairs: they called their logistics coach who took care of it for them.

“Each member on our sending support team has a defined role,” says James. “When we ask for help, we don’t get a sense that we’re imposing – we know they are there to help us and want to help us.” 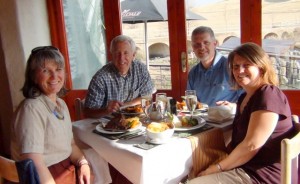 In 2011, Crossroads raised funds to cover the costs of printing a curriculum used by newly formed peace clubs in South Africa. The following year, the church sent Crossroads members John and Karis Hiebert on a four-week visit to encourage the Altys.

Besides presenting the curriculum to the peace clubs, the Hieberts worked in their skill areas of administration and information technology. Other friends from the church have also visited the Altys.

These visits help the Altys strengthen connections between their sending church and their church in South Africa, King’s Community Church, Pietermaritzburg.

“These relationships go beyond borders,” says James. “We are all one in Christ, regardless of where we live and what we do.”