What's New
Abortion, the image of God, and faithful witness...
Choosing motherhood: The sacrifice of honouring life
MWC Assembly small but full of joy
Bad back doesn’t hold back MDS volunteer
Transition in CCMBC National Faith and Life Leadership
Leading through the trauma of covid: Part three...
The church distracted: When the main thing is...
Remote wilderness rescue turns into service with MDS...
How open is your mind?
Following Jesus together across barriers
Home Life & Faithfeature articles Hearing from the Lord at Gathering 2012

Hearing from the Lord at Gathering 2012

Delegates respond to prophetic word, ask BFL to step in

Hearing from the Lord is not as easy as it seems.

Delegates at Gathering 2012 in Winnipeg expressed a wide variety of responses – some embracing, some critical – to consultant Terry Mochar’s “Four messages from the heart of God to the churches in the CCMBC,” a piece that served as a framework for much of the information presented by the executive board at the biennial convention. 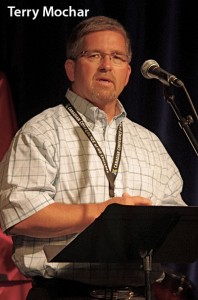 “As a result of consultant Terry Mochar’s work, we heard clearly that CCMBC should be a voice calling us to do together what no church can do alone,” said executive director Willy Reimer in his report. “[Terry] also provided the executive board with numerous recommendations to move us toward becoming a missional movement of Canadian churches.”

Two distinct pieces were in play, as delegates responded and requested more information in discussion sessions during the four-day event. The first was Mochar’s 139-page national ministry review, which was an assessment of the national office, and Mochar’s subsequent recommendations, presented to the board and not made available to the general public. The second was Mochar’s prophetic word, published in the July 2012 Herald (p. 8) and in Gathering 2012 report booklets. Both were referenced in executive board reports.

A large number of delegates expressed dismay at not having access to the full 139-page national ministry review, or opportunity to speak into the process. 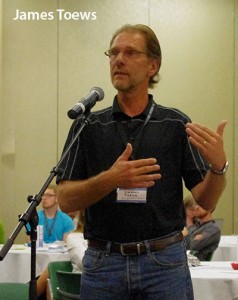 “I’m asking for access to the data,” said James Toews of Neighbourhood Church, Namaimo, B.C., “so we can do a methodological examination.”

“We have a helpful precedent,” said Walter Unger of Bakerview MB Church, Abbotsford, B.C. “In 2004, when the BFL was dealing with the issue of women in ministry, we went across every province. We had listening sessions for lay people and leaders. That kind of process would have been helpful here. I know there’s urgency, but we want to involve laity.”

“Let me share a memory of strength,” said Mary Anne Isaak of River East MB Church, Winnipeg. “In 1999, we did a revision of our Confession of Faith. Every congregation was asked to study it and give feedback. Forces were pulling in different directions. But, through meetings and study conferences, we heard God’s voice. God’s Spirit speaks when God’s people speak with one another.” 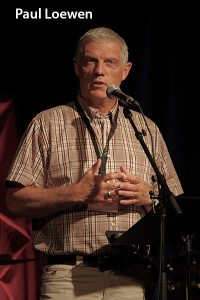 Moderator Paul Loewen responded with a word of repentance on behalf of the executive board for their communication shortfalls. “We have, from time to time, missed the mark and created mistrust. We confess that to you. We’re not sure where we’re going with all of this, but we can’t stay where we are. Please pray with us and dialogue with us. We’ll do our best to listen.”

“We’re not recommending changes to who we are as a denomination, to our mission, or Confession of Faith,” said Loewen. “There are no changes to board structures, schools, camps, MB Mission, etc. There are no new initiatives or structural plans at this time. We need continued dialogue and discernment. The board will come up with a communication strategy to bring this conversation more into the frontline.”

“A word from the Lord”

Mochar’s prophetic word received a wider variety of responses. “This is one of those times when I felt the Lord was asking me to share this word publicly,” said Mochar. “I submit it respectfully.” 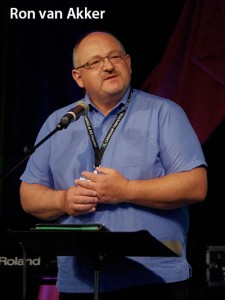 According to B.C. moderator Ron Van Akker, there was “a resounding sense this is what God was speaking to our churches…. I want to commend the national executive. Stick-handling this has been nothing less than a supernatural task.”

Former B.C. moderator Rob Thiessen of North Langley (B.C.) Community Church agreed. “Our response as an executive board [to Terry’s prophetic word] was prayer, tears – we got on our knees. We wanted to humble ourselves, to speak some of the disunity between us. That’s the fruit of the gift of prophecy. It’s a word to encourage, comfort, and exhort – a little freebie from God’s Spirit to us.”

“Let’s not treat this word with contempt,” exhorted BFL vice-chair Terrance Froese. “It came in a very holy way.”

However, the prophetic word left several delegates with a sense of unease.

“I’m personally uncomfortable when our leaders use the words “The Lord has led me,” or “The Spirit spoke to me,” said Ken Peters of Saanich (B.C.) Community Church. “It makes it difficult for us to ask any questions because we might be challenging the very voice of God himself.”

“The [national ministry] report was written primarily to the national office,” said J Janzen of Highland Community Church, Abbotsford, B.C., “but it came with a prophetic overlay.”

Motion to involve the BFL 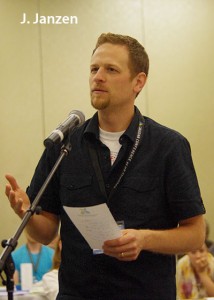 Janzen then made a motion, asking the board of faith and life (BFL) to take leadership in discerning the prophetic word in the Mochar report. Janzen’s concern was to determine which parts of the prophecy – if any – should be properly taken on by local churches, and which were solely for national and provincial bodies.

“We need to pay attention to the unique role of the BFL,” affirmed Gerry Ediger of McIvor Church, Winnipeg, speaking in favour of the motion. “[According to our governance model], it’s the board that stands in independence. We’re asking the BFL to take a look at the report in its larger context.”

“This isn’t motivated by fear,” said Janzen. “We’ve heard we need to take this seriously – to test it. This is a way to bring integrity and transparency – to know [the prophetic word] has been discerned well, and to work in collaboration.”

Delegates voted in favour of the motion, and Terry Mochar’s prophetic word is now in the hands of the BFL.

“We are going to take a closer look at the national office strategic review,” says BFL chair Brian Cooper, “and will likely spend some time dialoguing with Terry Mochar about it. Our goal is to help address the observations and conclusions in the report in a way that is consistent with who we are as Mennonite Brethren.”

One88: a place to grow and learn

Not only for football