What's New
Through the conflict, life carries on in Ukraine
A FOCUS on Mission
Must Patience Be So Slow?
Harold Jantz: A Heart for the Mennonite Story
Lorlie Barkman: A Life of Creative Engagement
Last Days, First Days
Women in Ministry: Bertha Dyck
January Moment in Prayer “Holy Spirit—Fill Us!”
The Church as the Patient Body of Christ
Advent: Making Much of Jesus: Christmas Day
Home MB HeraldColumns Go gentle into that good night

The intricacies of science fiction movies tend to make my brain short-circuit. Interstellar was one such film for me. However, what caught my attention wasn’t the space stations or the action, but a poem. Spoken several times throughout the film, it goes like this:

Do not go gentle into that good night,
Old age should burn and rave at close of day;
Rage, rage against the dying of the light.
(Dylan Thomas)

Interstellar is a movie set in the future, where the Earth has been devastated by drought and famine, and humans need to find other planets to inhabit. The poem’s “rag[ing] against the dying of the light” is essentially the premise of the space mission on which the main characters embark to save the human race.

Yet, I wonder if this rage, though a platform for courage, also represents an unwillingness to accept the inevitable. It’s not only the characters in the movie; I don’t think our culture – including the church – deals with the fact that death is a part of human existence.

The cultural narrative of aging and death

Ads for exercise programs and anti-wrinkle procedures aimed at retaining youthfulness pervade the media; a New York Times article reports that the number of people over 60 who are getting facelifts, foreheads lifts and breast augmentation is increasing.

We’ve become convinced that our adolescent years are our most valuable, and it’s not hard to see why. When old age is represented as a vapid period of mere enduring or a desperate attempt to hold on to every last vestige of youth, we believe that our teens and twenties are our only years of true vitality.

Indeed, “rage” has largely been our culture’s suggested response to death, creating young people who are spending themselves in the pursuit of bulky resumes, believing that every minute contains the possibility of lifelong impact.

I’ve personally suffered a lot of grief in this culture. Performance-driven, and nearly hysterical, I regularly crammed my calendar with appointments, service and volunteering commitments until I recognized the truth of the matter.

The scriptural narrative of aging and death

In reality, age and decay are inescapable – both Interstellar and the scriptural narrative agree. And yet, according to the Christian story, God is in the work of redeeming every part of human life. Quite wonderfully, all human life – spent in health or illness, disability or trained athleticism, infancy or frailty of age – bears his image.

In other words, we go in quite the wrong direction when we define the worthiness of life by what we can do and be with our energies in the limited period  of youth.

In his letter to the Corinthian church, Paul reminds us that “[God’s] power is made perfect in weakness” (2 Corinthians 12:9) – an insistence that defies our culture’s glorification of vitality and productivity.

Because of sin, we have to grapple with the weakness imparted by a body which declines and a mind that deteriorates. Yet the hope of the biblical story is that we live within this deterioration cruciformly; that is, we live in the pattern of the cross, a model of weakness, as we long for the day when Jesus will conquer death once and for all (1 Corinthians 15:26).

Our culture backs away from degeneration with fear, but Christians have been given the power to accept all seasons and expressions of life as a gift from the One who is Lord.

And so, knowing that I am going to slow down eventually – and still have the exact same worth as a human being – means I don’t burn myself out right now.

Knowing that I am not going to be able to perform strength- or mind-demanding tasks in the same way forever – yet my existence still has value – means I won’t view my 20s as my only time of contribution to the world.

Knowing that I am not responsible to capitalize on my youth now – because old age will have opportunities of its own – means I look forward to maturing as part of the cycle of life.

And as a Christian, knowing that God alone is the One who is making everything new means I can “go gentle into that good night.” 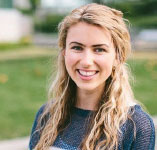 —Bethany Mortelliti is an aspiring editor from Vancouver who also loves to write. She thinks a lot about mortality and aging through her work as an administrative assistant at a nonprofit that serves seniors. She graduated with her diploma of Christian studies from Regent College, Vancouver, where she met her husband Matteo at a bus stop! Together they worship with Christ City Church, a new MB plant in South Vancouver where he serves on staff.

Good advice for the third ⅓

Thanks. Although I’m only in my 50s, I needed to hear “I won’t view my 20s as my only time of contribution to the world.”

Thank you for giving parents like myself a glimpse into the lives of their adult kids. Your wisdom is worth sharing..a good word!
Abbotsford
BArnau

Well written. I have gone back to school in the second half of my life to get my business degree believing I still have the ability to learn and grow and have much to contribute to this world.