What's New
Through the conflict, life carries on in Ukraine
A FOCUS on Mission
Must Patience Be So Slow?
Harold Jantz: A Heart for the Mennonite Story
Lorlie Barkman: A Life of Creative Engagement
Last Days, First Days
Women in Ministry: Bertha Dyck
January Moment in Prayer “Holy Spirit—Fill Us!”
The Church as the Patient Body of Christ
Advent: Making Much of Jesus: Christmas Day
Home Arts & Culturebooks Good advice for the third ⅓

Good advice for the third ⅓ 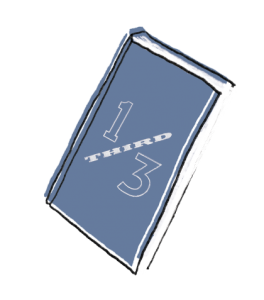 Renowned Mennonite Brethren author Katie Funk Wiebe wrote six chapters and acted as editor of a notable compendium, Life after Fifty: A Positive Look at Aging in the Faith Community, in 1993. A year later, she wrote Prayers of an Omega: Facing the Transitions of Aging. As was usually the case, she was a little ahead of the curve. Wiebe was one of the first writers in the 1990s to direct aging people to their opportunities to grow their faith. She also encouraged aging people to realize they can make meaningful contributions to the lives of loved ones and their communities.

R. Paul Stevens, a Vancouver pastor, writer and scholar, published Aging Matters; Finding Your Calling for the Rest of Your Life in 2016. Stevens put his Regent College course into book form, a practical and stimulating read. “Your calling remains about the same throughout your life,” he says, “but the expression of it changes.” Another gem: “We do not live on ‘borrowed time’ but on entrusted time.” And when we die, he writes, “There will be continuity with our present existence which will undergo a dramatic, transformative, and cathartic renewal.… Our human work and labour will surely find a way into the new creation.” The book is written for Christians but it’s not only of interest to Christians. 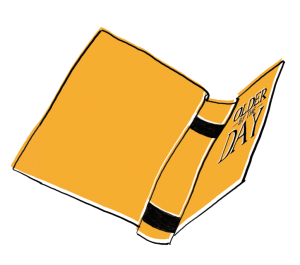 A book that celebrates “older” old age came out in 2013: Rich in Years: Finding Peace and Purpose in a Long Life. Johann Christoph Arnold is a pastor, and a good taste of his work is a quotation from a former secretary, who said, “Although I am eighty and struggling with old age, I don’t want to go back to twenty-five. These are the best years of my life.” The strength of this book is found his stories of encouragement and community in a variety of settings. He makes the book practical. “My body is aging, but I am not!”

If “seniors” must indeed gird themselves to fight for relevance in their social contexts, A Vision for the Aging Church; Renewing Ministry for and by Seniors is worth reading. Co-authors James M. Houston (also of Vancouver’s Regent College), and Michael Parker (an Alabama health professional and state-wide innovator) contend that mature seniors are key challengers against “the depersonalization of our culture,” and it’s particularly true for Christian seniors. Houston and Parker argue persuasively against old-age adages. Don’t for a moment believe that you can’t teach an old dog new tricks, they say, or that seniors are only fit to be ministered to. “If seniors believe they are irrelevant and keep their silence, their families miss out on love, transference of values, and caring.” 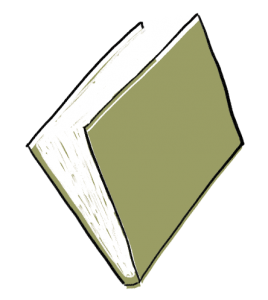 Two psychologists, married couple Gerald and Marlene Kaufman, in 2013, wrote a book called Necessary Conversations: between adult children and their aging parents. It deserves attention. It stresses the importance of including the whole family in the relevant decisions that aging parents make. The Kaufmans argue the later-life period is rife with unrealistic expectations (usually unspoken), and warn that unidentified “surprise” facts can be lethal to a family. They also cover conversations that couples need to have. Retirement has its problems unless they are talked through because few couples enter that phase with thorough orientation to a new order of things. “Keep it real and keep it open between each other,” the Kaufmans say. It is also important for a couple to give their adult children a glimpse into their life, and for those same children to be familiar ahead of time on details they might need when illness or death come.

I want to mention one other book for the breadth of its coverage. Prime Time is secular and (be warned!) explicit. It is also thorough, wide-ranging, well researched and detailed. I heard author and fitness guru Jane Fonda talking about her book as I listened to the radio, not knowing who this guest was. Her ideas struck me as compelling and informed, so I bought the book and liked it. It completely shook me out of denial of my own advancing years and got me going down the right road on my own “third third.”

Planning ahead for “suddenly” moments 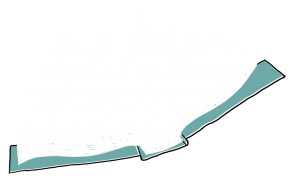 “It is easy to think that this part of life is still coming,” says Lorraine Dick, care assistant at Clearbrook MB Church, Abbotsford, B.C., “and then suddenly it is upon us.”

She found agreement in a recent chat with Clearbrook pastor Walter Wiens and the Frail Seniors Coordinator for the regional health authority. All three helping professionals find they must deal often with “the ‘suddenly’ of life. An event happens and then suddenly life changes.”

Dick says, “We at Clearbrook MB continue to work at putting resources together for the ‘suddenly’ moments.”

Being a witness to those who are dying

A covering of love

Having “the talk” with aging parents

Thanks for the memories