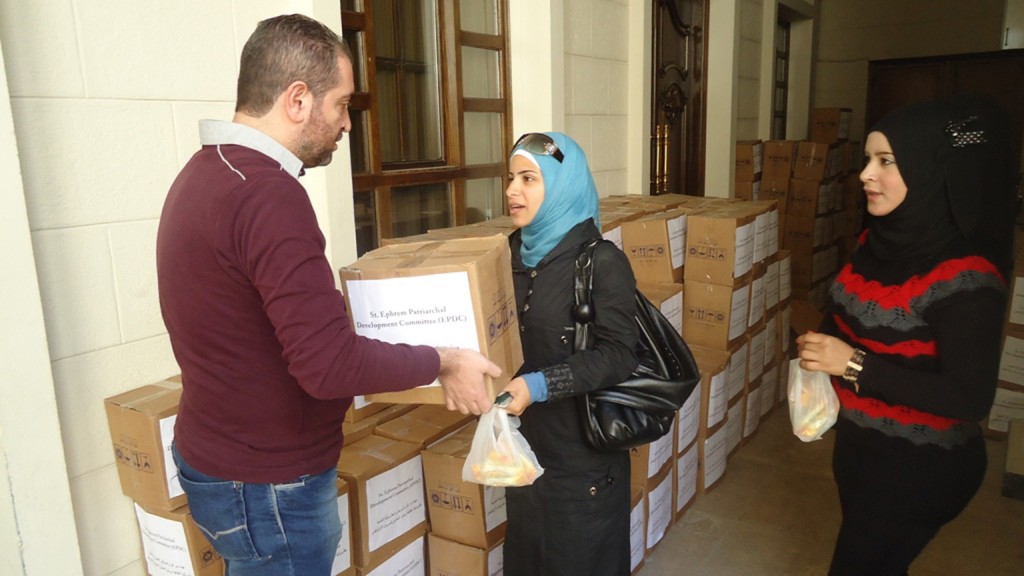 As international efforts are underway to convince warring parties in Syria to gather for peace talks in Geneva on Jan. 22, 2014, Mennonite Central Committee (MCC) is releasing an additional $200,000 to help Syrian families get through the winter.

The winter months bring increased need for heating oil, shelter and warm clothing for families whose own resources have been depleted or destroyed after almost three years of war. More than 6.5 million Syrians have been displaced inside the country, often multiple times, and more than 2.3 million refugees live in neighbouring countries.

These additional funds will pay for cash vouchers for 900 families in Syria, extending existing support through March. Vouchers give families the freedom to determine how to meet their needs for food, clothes, fuel or shelter. In addition, MCC will be adding a new staff member in Lebanon.

“This has helped to give them hope and the ability to plan a little better and to support the most vulnerable in the cold, winter months,” said Naomi Enns, an MCC representative for Syria and Lebanon.

In the past two years, MCC has allocated $15.3 million in emergency food, shelter, household items, education support, material resources and peacebuilding and disaster response training in Syria, Jordan and Lebanon.

The work of MCC’s partners in Syria has become increasingly dangerous in recent months. The formerly safe areas where their efforts and supplies were based have come under attack, and distribution of humanitarian supplies was temporarily disrupted. Three staff members of partner organizations have been killed by violence in Syria.

However, one reason for hope, according to Riad Jarjour, president of MCC partner Forum for Development, Culture and Dialogue, is the upcoming Geneva II peace talks. The Syrian government and the main Syrian opposition group tentatively have agreed to meet for dialogue with the support of other nations.

“For most Syrians, the conflict and crisis creates a reality fraught with poverty, the threat of starvation and the constant uncertainty of when and where violence will erupt,” said Jarjour. “The hope of Geneva II remains one of the few sources of optimism for the cessation of violence and move toward peace.”

In response to the call of its Syrian partners, MCC encourages supporters in Canada to advocate for peace in Syria by contacting the Minister of Foreign Affairs. For instructions and a sample letter visit the MCC Ottawa office website.

See this story at http://mcccanada.ca/stories/news/funds-syria-peace-talks-raise-hope