What's New
Volunteers in B.C. honour Leamington woman tragically killed...
Delete or not to delete, that is the...
Believers bring water for drought baptism
Encouragement to those in the arena
Keeping attention and making an impact: A few...
Open hands to reconciliation
From the editor
Approaching truth and reconciliation with love in our...
MB Seminary offers new MA in Transformational Leadership...
Multiply August Ukraine Updates
Home News First female auctioneer continues family tradition at MCC Festival 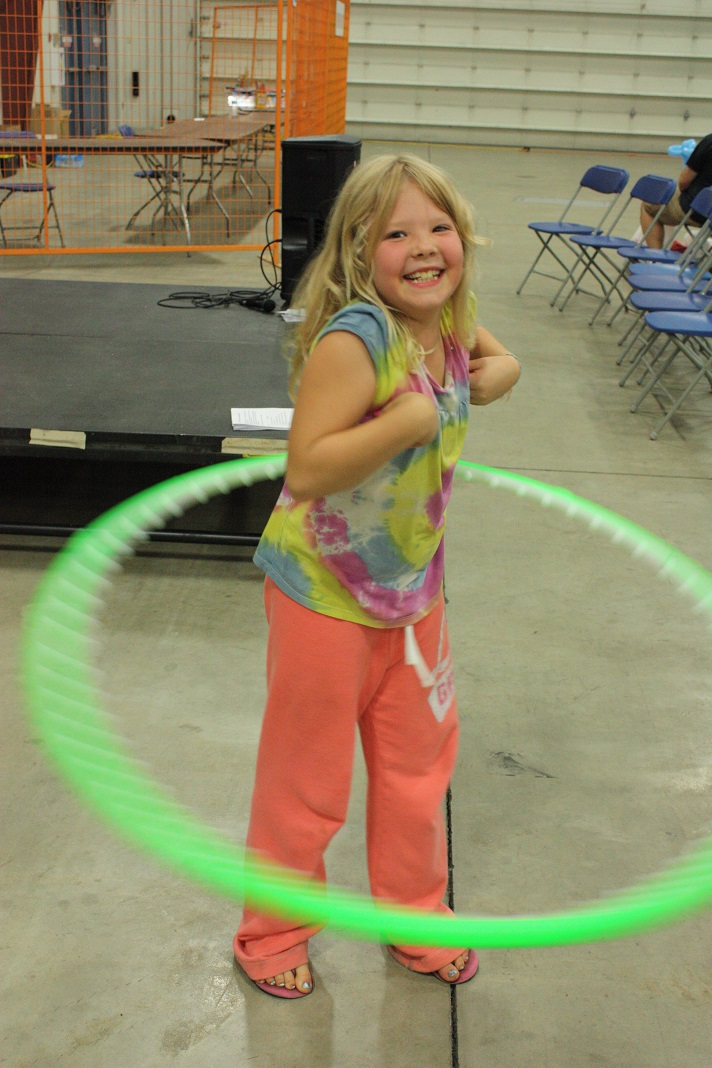 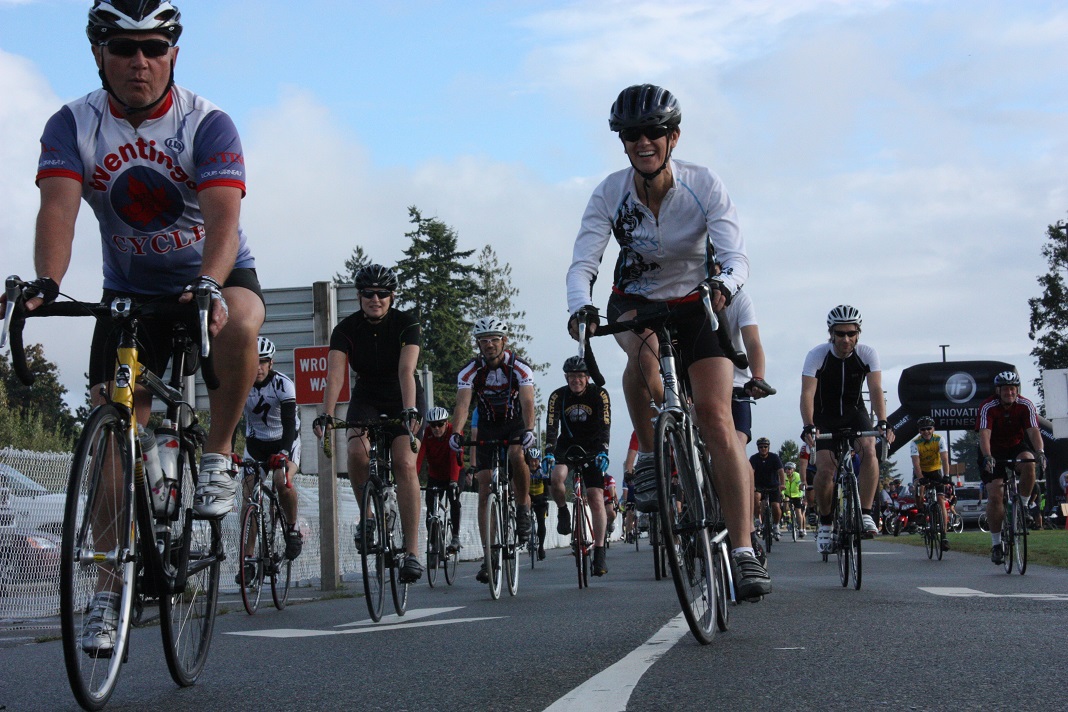 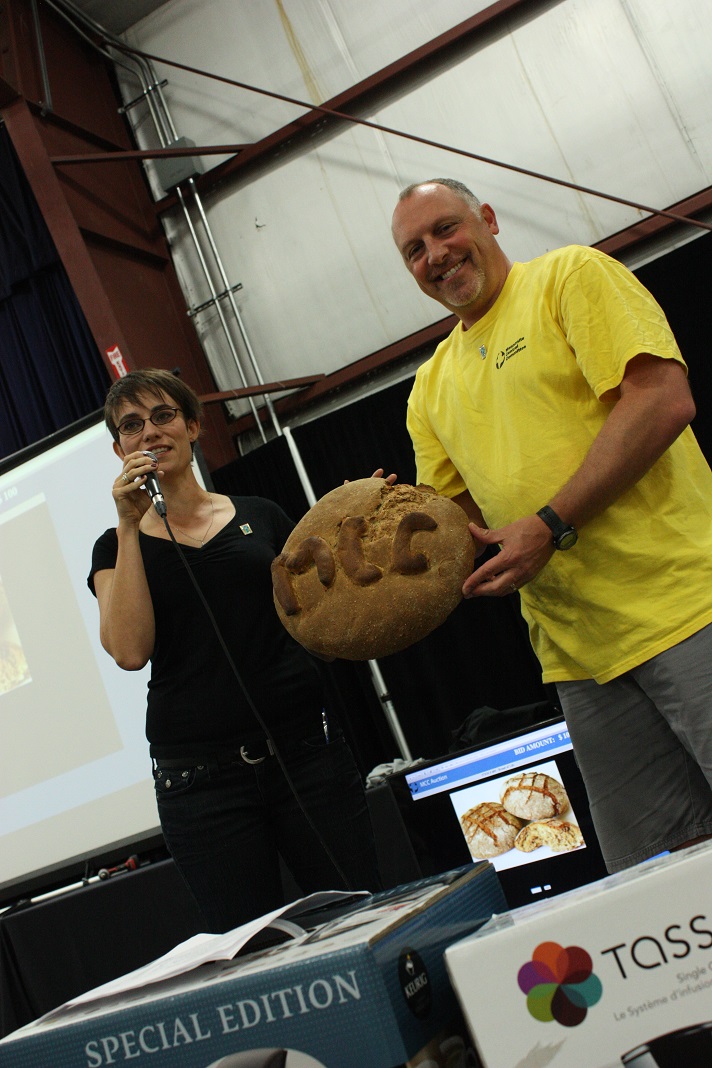 Jennifer Forbes, the first female auctioneer in the history of the MCC Festival, auctions the loaf of bread which sold for $172,000. Volunteer Tim Kroeker holds the bread. (MCC photo: Angelka Dawson)

Jennifer Forbes was the first female auctioneer to serve at the Mennonite Central Committee Festival for World Relief in Abbotsford, B.C., Sept. 6–7, 2013. Forbes lent her sing-song voice to the Friday evening auction and sold the loaf of bread on Saturday morning.

What makes this milestone poignant for MCC is that Jennifer Forbes is the daughter of the late Clyde Dougans, MCC auctioneer for more than 35 years. Dougans died suddenly in March.

Forbes, who lives and works as a chiropractor in Chilliwack, was born the year that Dougans graduated from auctioneering school. The MCC Festival was her father’s favourite event; for years, he’d urged her to get training. The week before he died, he found his old textbook and brought it to her.

“He was going to do a small auction at my church that week,” she said. “He died on a Thursday and the auction was the next day. So I did it.”

She decided that she would honour her father’s wish. Since April, Forbes has been training with an auction coach, preparing for the MCC Festival.

Both Friday and Saturday auctions start with the symbolic auctioning of a loaf of bread – “The Staff of Life” – recognizing that food is essential to the well-being of all people and that bread is common to many cultures. Rather than having the bread go to a single donor, MCC allows bidders to come in at various price points. This year, that communal effort raised $172,250.

Forbes looked relaxed and confident as she led the auction, belying the butterflies underneath. She attributes that to the good training she’s received and the support of family and friends. She enjoyed the experience and it looks like the family tradition of participating in the MCC Festival will continue.

“I’ll be back next year,” she said with a smile.

The MCC Festival for World Relief raised more than $600,000 this year supporting the relief, development and peace work of Mennonite Central Committee (MCC) in more than 60 countries around the world.

custom quilt (successful bidder works with MCC quilters to choose the colours and design) sold for $3,000

more than 8,000 lbs of fresh produce and grains from the Okanagan

Penny Power received thousands of pennies (and other coins). These donations are matched 4:1 by CIDA through MCC’s account at the Canadian Foodgrains Bank and will support farmers in Burundi.

“That literally moved me to tears, as I realized anew what a fantastic ‘coming-together’ this is, being the hands and feet of Jesus in a broken world!” says relief sale coordinator Dora Hoeppner, who said the atmosphere was one of giving and generosity. Those who didn’t find anything to buy or bid on simply gave, donating more than $92,000 to MCC’s work.

2012 photo: 35-year volunteer Clyde Dougans (1951–2013) was a fixture at the annual MCC Festival for World Relief in Abbotsford where he entertained crowds as an auctioneer, helping MCC to raise hundreds of thousands of dollars.

From spring through fall 2013, second-hand treasure hunters, fair trade aficionados, and lovers of home-baked goods and auction-day adrenaline can indulge their hobbies at Mennonite Central Committee sale events across Canada that raise money for development work nationally and internationally.