What's New
Delete or not to delete, that is the...
Believers bring water for drought baptism
Encouragement to those in the arena
Keeping attention and making an impact: A few...
Open hands to reconciliation
From the editor
Approaching truth and reconciliation with love in our...
MB Seminary offers new MA in Transformational Leadership...
Multiply August Ukraine Updates
Book Review of Return Stroke: Essays & Memoir...
Home Life & Faithfeature articles Consuming youth 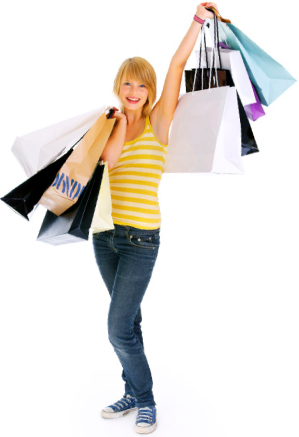 This article is an excerpt from Consuming Youth: Leading Teens through Consumer Culture, adapted by co-author John Berard, with permission of Zondervan.

College students from several nations at Christian camp participated in a get-acquainted mixer. They divided into groups based on their nationalities, selected a song that was representative of their culture, and then sang it for the larger group. Most of the groups agreed on a song (typically a cultural folk song), practised it, and were ready to perform after about 20 minutes. But the American students debated which song they should sing for more than an hour. The names of rock songs, country songs, and others were tossed about, but there was no consensus among the group. When they finally settled on something to sing, it wasn’t even a traditional song – it was a commercial jingle: Coca-Cola’s “I’d Like to Teach the World to Sing.”

At that moment in his college years, said historian Lendol Calder, he “realized that commercial culture was what finally and ultimately bound these students – these Christian students – together.”

“Consumer capitalism is much more pervasive, and much less obvious, than smog or billboards,” says Rodney Clapp, author of Border Crossings. “Look harder and you can see it at work all around: shaping attitudes, bending behaviors, grinding and refracting an endless series of lenses through which to see and experience the world in a particular way.”

On average, Mara Einstein adds, in Brands of Faith, people will see close to 200 advertisements a day, but may see upward of 3,000 marketing messages in the same period through branded products, T-shirts, and product placement; that’s almost 11 million branded messages per year.

Their pockets lined with disposable income, teenagers have become a primary focus of those branded messages. For some preteen and teenage girls, it shows up in magazines like YM and Seventeen, where all the “new cool things” are on display. When Forever 21 came to my city, the lineup to enter the store on opening day was evidence of cool – it was so large it spiralled through the mall. From UGG boots to the iPod – whose marketing call was “which iPod are you?” – teenagers are living in a time saturated with messages nudging them toward a consumer’s-eye view of the world. Whether it’s techo-smart, fashion sense, or recreational thrills, the message remains the same: purchase.

Marketing is about a deep personal and emotional connection between a consumer and the product or service which inspires a “loyalty beyond reason,” says Kevin Roberts, CEO worldwide of Saatchi & Saatchi. This loyalty is shaped by what Roberts calls “Lovemarks” – a blend of the following elements (remember, this is essentially about selling stuff):

In this kind of consumer culture and with this type of marketing, is money the only thing at stake?

Imagine you’re 13 years old. You feel unsure of yourself and your place in the world, and you’re living in the midst of a daily blizzard of ads and brands that are all focused on getting your attention, your money, and your fidelity.

That’s really what’s at stake – the commitment and devotion of teenagers and the basic story used to orient their lives.

The marketing narrative weaves a story that says identity and fulfillment can be yours by what you consume. Identity becomes anchored externally to what you buy, what you can put on display, what you wear, and what you’re associated with.

Consider a couple of very typical adolescent questions: “Where do I fit?” and “Do I matter?” A consumer narrative quite readily suggests answers to these questions and the products or experiences to support those answers forging the connection between identity and belonging and consumption.

“Teenagers have come to feel that consumer goods are their friends – and that the companies selling products to them are trusted allies,” writes Alissa Quart, in Branded. That’s branding at work. And the brand is rewarded. With disposable income and their search for a story to live by, youth often are more than ready to hand over their cash and their loyalty.

This is not to say all youth are mindlessly obedient to brands – far from it. There will always be thoughtful and critical teenagers who are learning to live by some kind of counter-narrative and in awareness of the strategies of a mediated consumer culture. In fact, the very good news is that more and more youth are having these conversations (and taking action on issues like justice, peace, poverty, etc.) more often, and in more and different kinds of places, from school hallways to church basements.

But in general terms, many youth (and yes, adults) have been influenced by the appeal of brands and what they promise. And it’s easy to understand why. The consumer narrative sends “on-message” signals that teenagers matter. And teenagers do matter in the consumer story – but only to the degree that they spend. They matter because they can spend.

The story of what it means to grow up is now shaped and informed by a culture of consumption. And the narrative is clear: image and style matter and the opposite doesn’t matter much at all. Consumerism has become, as Clapp observed, “the lens through which teenagers see and experience the world,” and they continue to imitate the “cool” they see. But once something cool has been made available to the masses, it loses its cachet, leaving “cool” with a shorter and shorter shelf life, and the work-spend-borrow-consume cycle goes on and on.

In subtle and not-so-subtle ways, the story of what it means to be a teenager is bent for another purpose: to consume. This story distorts both what we believe about teenagers and what they come to believe about themselves.

Our place in the story

Locating ourselves in the consumer story and identifying how it shapes and informs who we are is a critical skill. When practised in the company of youth, it guides them toward shaping a different story to live by. A good place to start is with questions such as these:

In The Magician’s Nephew, C.S. Lewis tells the story of how Aslan created Narnia. Toward the end of the book, Lewis steps back from the narrative to explain why Uncle Andrew and his nephew Digory see the world so differently. Andrew wants to withdraw from it, seeing it as a whole lot of noise, confusion, and chaos. Digory, on the other hand, is captivated by it, seeing it as a fascinating place full of wonder and is drawn to it more and more. “What you see and hear depends a good deal on where you are standing,” writes Lewis; “it also depends on what sort of person you are.”

In the face of consumerism’s persistent influence, especially in youth culture, we know that youth workers and other adults stand firmly with youth in spite of the noise of our culture. And as for Lewis’ other observation that “it depends on what sort of person you are,” youth workers are the kind of people who are drawn to the world of teenagers. They are people of passion, called to and called by a deeper, more compelling story – one guided by compassion, hospitality, generosity, and service.

Yours is a story of mission. Within your story beats the impulse to invite youth to participate in and engage with this life-giving story. From congregations and youth ministries to parents, adults, and youth workers, we have what it takes to reframe the story youth live by, from one of consumption to one of mission and community, a life lived differently. And that is good news indeed.

This excerpt is adapted by John Berard from Chapter 5 “Growing up consumed and the place of youth ministry,” of Consuming Youth: Leading Teens through Consumer Culture published by Zondervan/Youth Specialties, 2010. Co-author James Penner is adjunct professor at University of Lethbridge, Alta., a consultant on youth issues, and a member of College Drive Community Church (MB), Lethbridge, Alta. Co-author Rick Bartlett is lead pastor at Bethany MB Church, Fresno, Cal.

Read more on this subject

→Emerging adulthood: a new stage on the journey?

→Peeling back the truth about youth and the church

Adapting faith in a changing culture

Emerging adulthood: a new stage on the journey?