What's New
A FOCUS on Mission
Must Patience Be So Slow?
Harold Jantz: A Heart for the Mennonite Story
Lorlie Barkman: A Life of Creative Engagement
Last Days, First Days
Women in Ministry: Bertha Dyck
January Moment in Prayer “Holy Spirit—Fill Us!”
The Church as the Patient Body of Christ
Advent: Making Much of Jesus: Christmas Day
Advent: Making Much of Jesus: Fourth Advent
Home News A theology of presence in Ukraine

A theology of presence in Ukraine 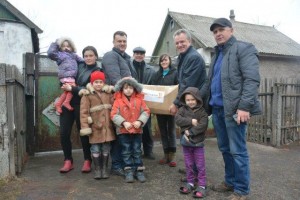 What can a church in Fresno, Cal., do to respond to suffering in Ukraine?

After Ukrainian president Viktor Yanukovych passed over a European Union deal in favour of closer ties with Russia, thousands of Ukrainians took to the streets of Kyiv in protest. In 2014, these protests turned violent; the president fled and Ukraine instituted a new government.

This revolution sparked protests and conflict in Donbas, a region including Donetsk. Pro-Russian and anti-government separatists fought for their own independence from the new Ukrainian government.

People in Ukraine are struggling. There have been more than 30,000 casualties. The economy shrunk by 7.5 percent in 2014, the currency has cratered and credit is frozen.

More than one million people are displaced. The able-bodied who have stayed in areas like Donetsk have no place to work, and the bulk who remain are sick, elderly and vulnerable. 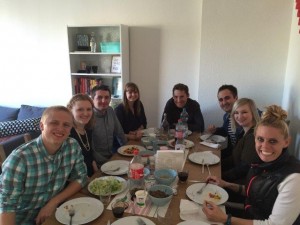 Schools, businesses and churches were unable to heat their buildings. Some areas, particularly in the east, continue to have no running water or electricity, and shops – including grocery stores – are closed.

Matthies mobilized German and North American churches to help the eight ICOMB churches in Ukraine who were in desperate need.

Through the worst of winter, all eight were “Warm Churches”: open each day to welcome people with shelter, food, clothing, activities and the opportunity to worship Jesus.

Before the project began, 305 people attended the eight churches combined. To date, 570 new people have attended activities with the congregations, and 133 have continued involvement. 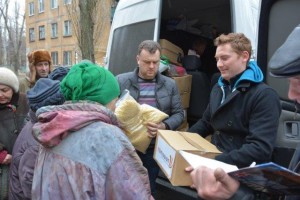 Pastors Fred Leonard and Lawrence Smith of Mountain View, and Tony Petersen, MB Mission missionary in Peine, Germany, travelled to Ukraine with Matthies to pick up the vehicles and use them for the first time to deliver relief.

“We entered Ukraine on a mission from God, with the prayers of the Christians in Fresno and Germany going before us,” says Leonard. “We felt the peace and power of God.”

With the team of Ukrainian pastors who had made this trip dozens of times, the Californians set out for the Donetsk area, nearly seven hours away and a mere three or four miles from the front.

“We saw people who were elderly and injured, and single parents with small children. We entered living spaces that had no running water, electricity or food, where bricks laid atop a propane-powered stove provided the only source of heat,” says Petersen.

Weekly, Ukrainian church leaders drive to this war zone. Donetsk was shelled the night before and the night after the team arrived; however, the Ukrainian pastors were thrilled not to have to contend with gunfire. 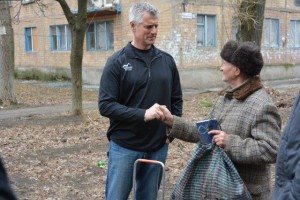 Fred Leonard gives a Bible to a Ukrainian man.

The Western visitors met soldiers, both regular army and volunteers. “We gave them food, socks, Christian literature, Bibles, prayer and the love of Jesus,” says Smith.

“We went into bomb shelters where people live for weeks on end. We saw destroyed houses and apartments.

“We went to the hospital and prayed for wounded soldiers. We gave candy to children who were unable to smile. We saw deep creases of concern and terror on the faces of parents and the elderly, looks that speak to the absence of peace and hope.”

And they witnessed “the remarkable power of prayer,” says Smith. “We saw the love of God in action: the church being the church to the church in Ukraine in the name of Jesus and the power of the Holy Spirit.”

“And, most importantly, we prayed together,” says Leonard. “It was a life-altering experience.” 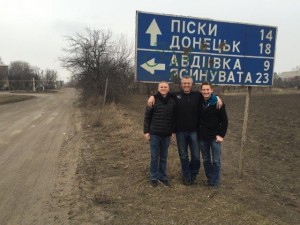 Tony Petersen, Fred Leonard and Lawrence Smith on the way to the front.

Leonard, Petersen and Smith asked Ukrainian partners: How can we help? What can we tell churches in North America?

Many of us are unable to go physically, but there are other necessary ways to advance God’s kingdom and spread his gospel.

“We are honoured to have been to Ukraine to join with our Christian brothers and sisters there,” say Leonard, Petersen and Smith. “We invite you to join them also going, giving and praying.”

—Fred Leonard and Lawrence Smith are pastors at Mountain View Community Church, an MB congregation in Fresno, Cal. Tony Petersen, former pastor at Mountain View, and his wife Roxanna, have served with MB Mission at Missionsgemeinde Ecclesia church, in Peine, Germany, since 2014. 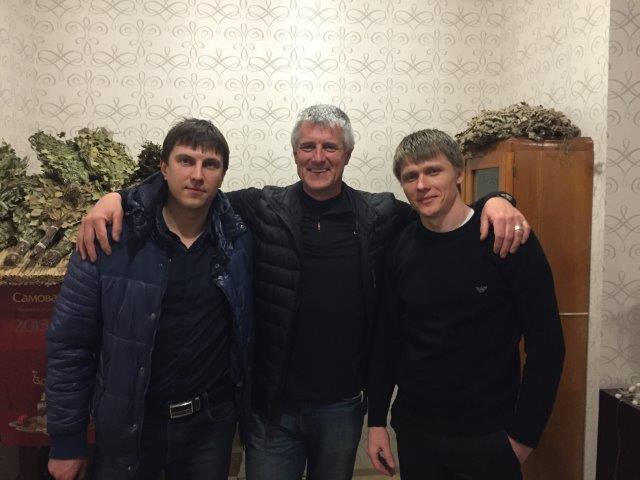 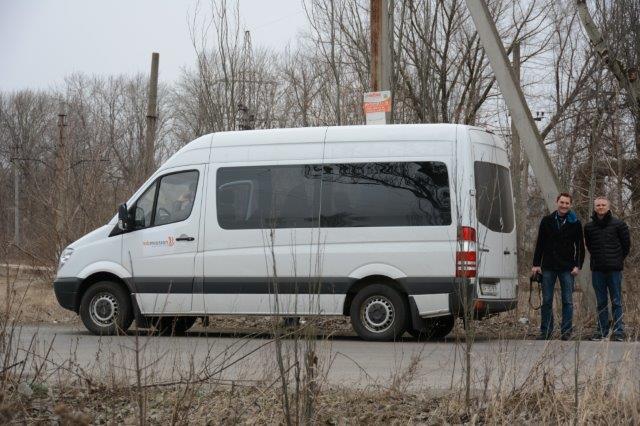 One of the vans purchased to bring supplies to the east. 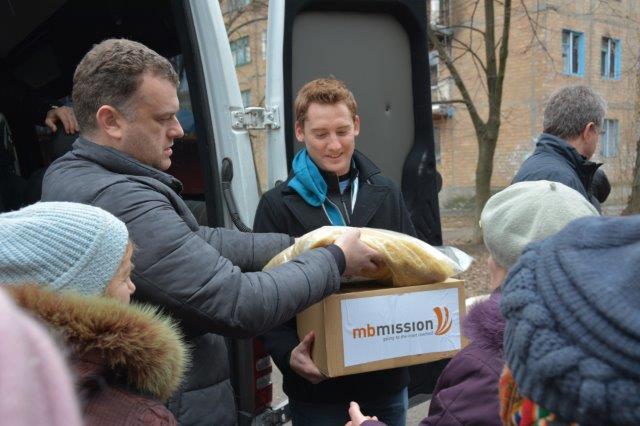 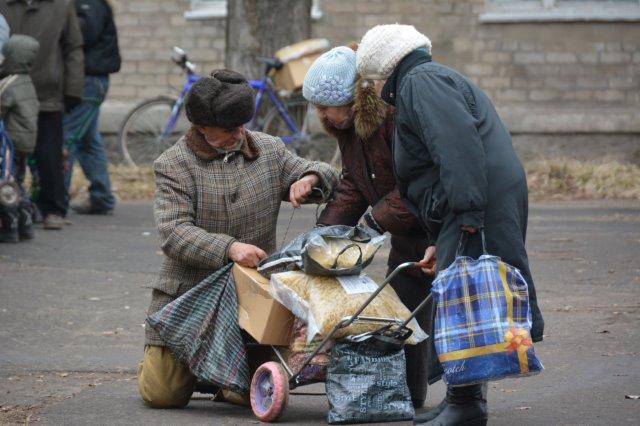 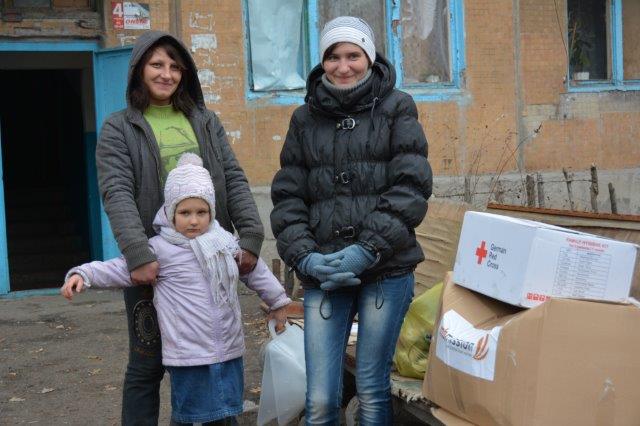 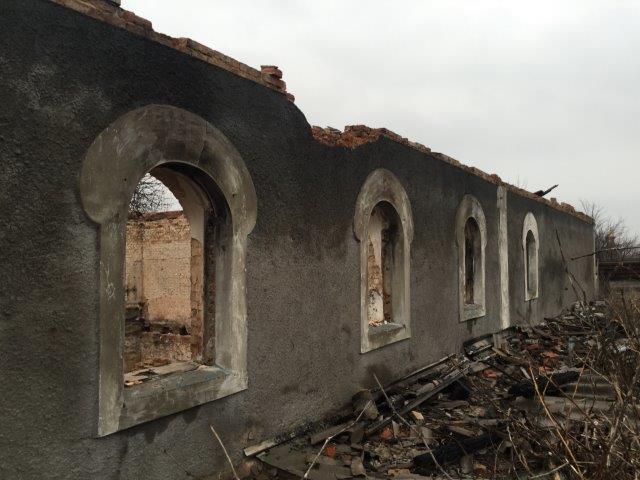